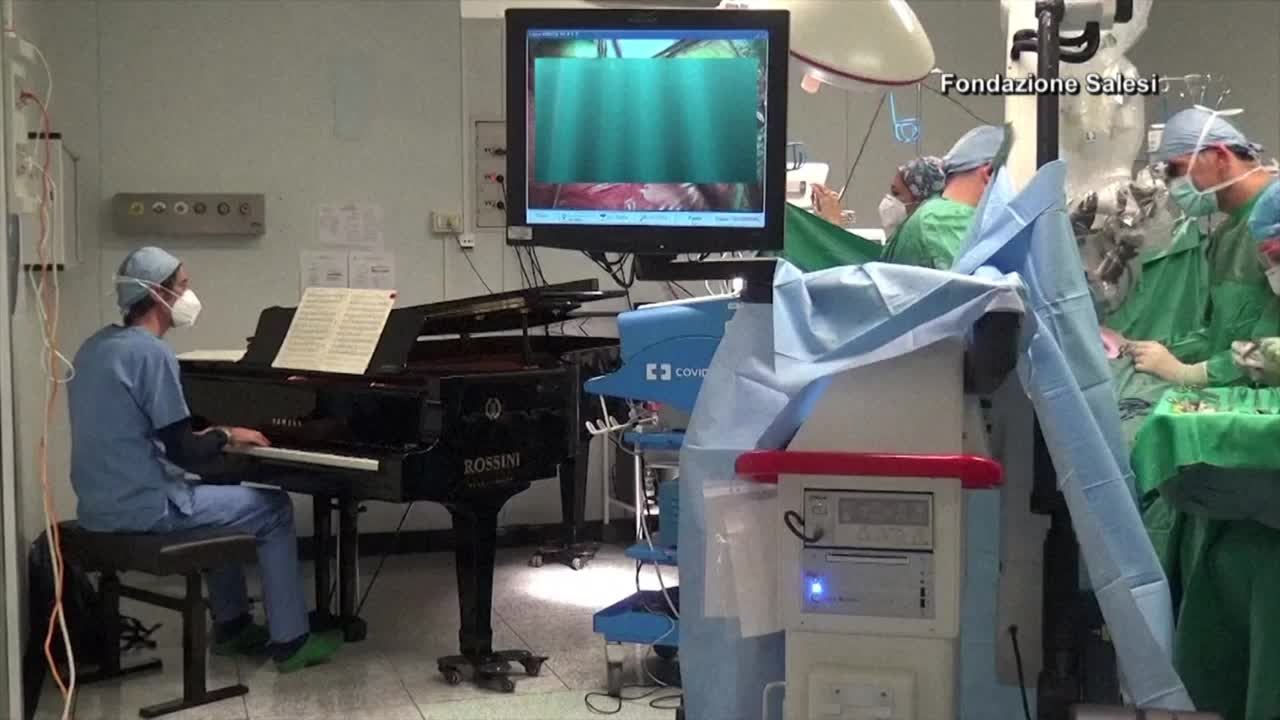 A 10-year-old boy undergoes surgery in Italy not with the beeping sounds of machines all around him but with the sound of "healing" music being played on a piano next to him.

A boy in Italy had surgery with a musical soundtrack this week.

The 10-year-old was operated on for a tumor on his spinal cord.

As the surgeon and hospital staff worked, a molecular biologist played piano next to the operating table.

The notes were more than entertainment. They were intended to heal.

The music was played at a particular frequency recognized to have a therapeutic effect on the body.

The surgical team watched electrical activity in the brain through monitors during the four-hour operation.

They said they could see a change in activity when the music was interrupted.

That led them to believe the music was perceived by the patient.

Doctors say the boy is doing well after surgery, but further tests are needed to see if another operation is required.