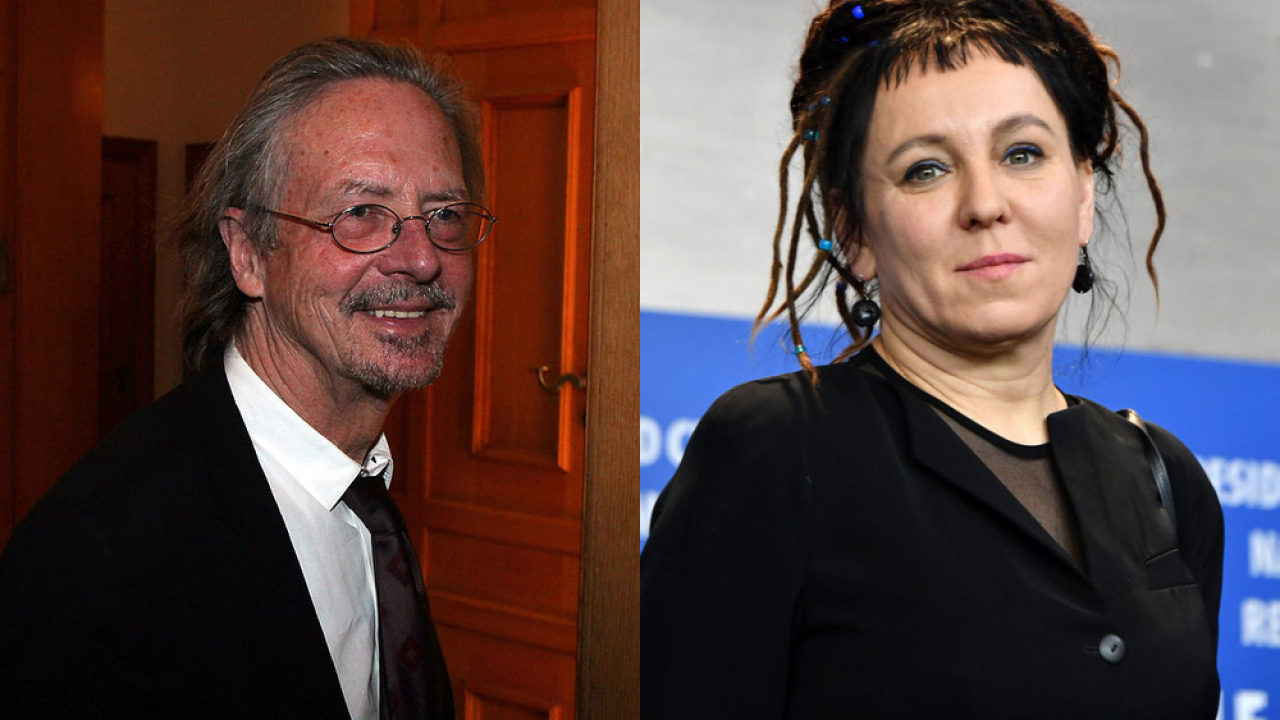 The 2019 Nobel Prize in Literature has been awarded to Austrian author Peter Handke, while the 2018 award, postponed from last year, was given to Polish author Olga Tokarczuk.

Handke won the award "for an influential work that with linguistic ingenuity has explored the periphery and the specificity of human experience."

And Tokarczuk will take home the 2018 award "for a narrative imagination that with encyclopedic passion represents the crossing of boundaries as a form of life."

Two prizes were awarded this year after the 2018 Nobel Prize in Literature was postponed in the wake of a sexual and financial scandal that engulfed the Swedish Academy, the cultural institution responsible for awarding it. The decision did not affect the other Nobel prizes, which are awarded separately.

The crisis revolved around a string of allegations against Jean-Claude Arnault, a leading cultural figure in Sweden and husband of Katarina Frostenson, who was an academy member until she stepped down in the wake of the scandal.

A total of 18 women accused Arnault of a range of sexual misconduct between 1996 and 2017. Most of the cases occurred too long ago to be prosecuted. At the time, Arnault's lawyer said his client denied all the allegations.

Arnault was later convicted on two counts of rape of the same woman in 2011 and sentenced to two years and six months in jail, reported Reuters.