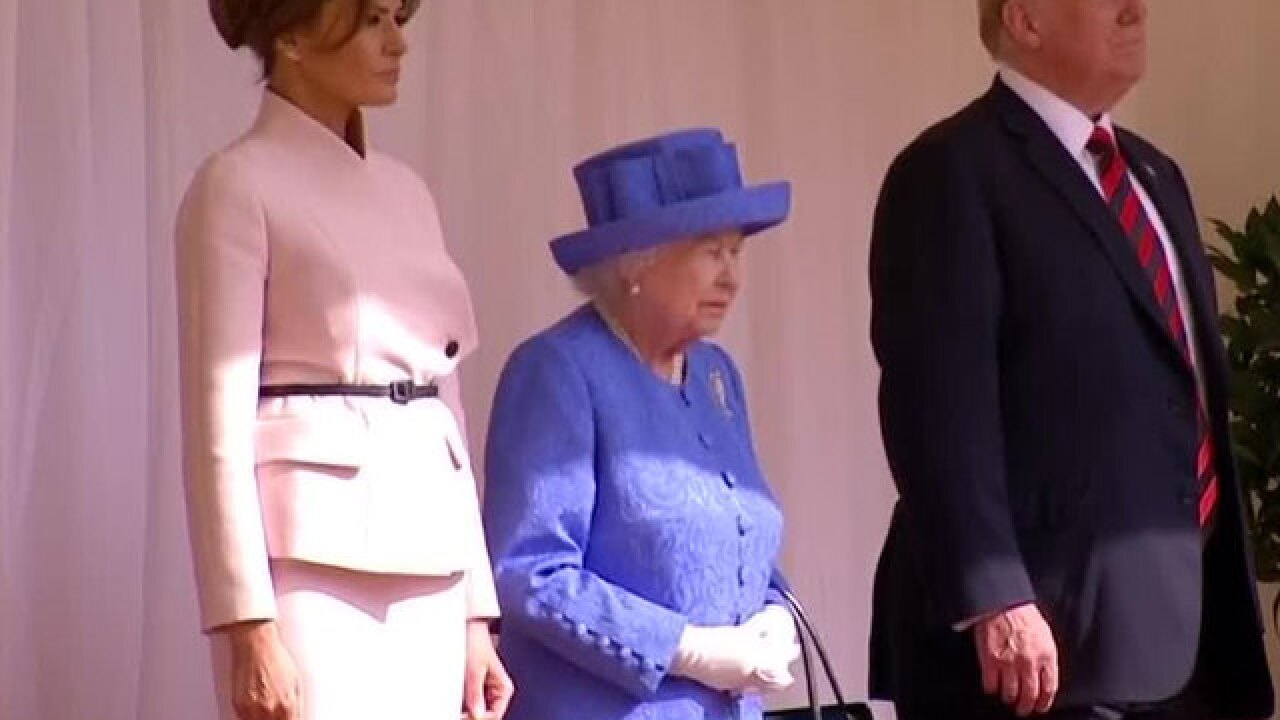 President Donald Trump continues his United Kingdom trip with a visit to Windsor Castle to meet with Queen Elizabeth II.

Earlier in the day, he held a joint news conference with British Prime Minister Theresa May.

Trump repeated his belief that immigration had been "very bad for Europe" and for the United States.

The president and his wife, Melania, then flew to Windsor Castle for tea with Queen Elizabeth II before traveling to a Trump golf resort in Scotland for the weekend.

Tens of thousands of people marched in London Friday to protest Trump's visit. Many condemned Trump's anti-immigration statements and policies.