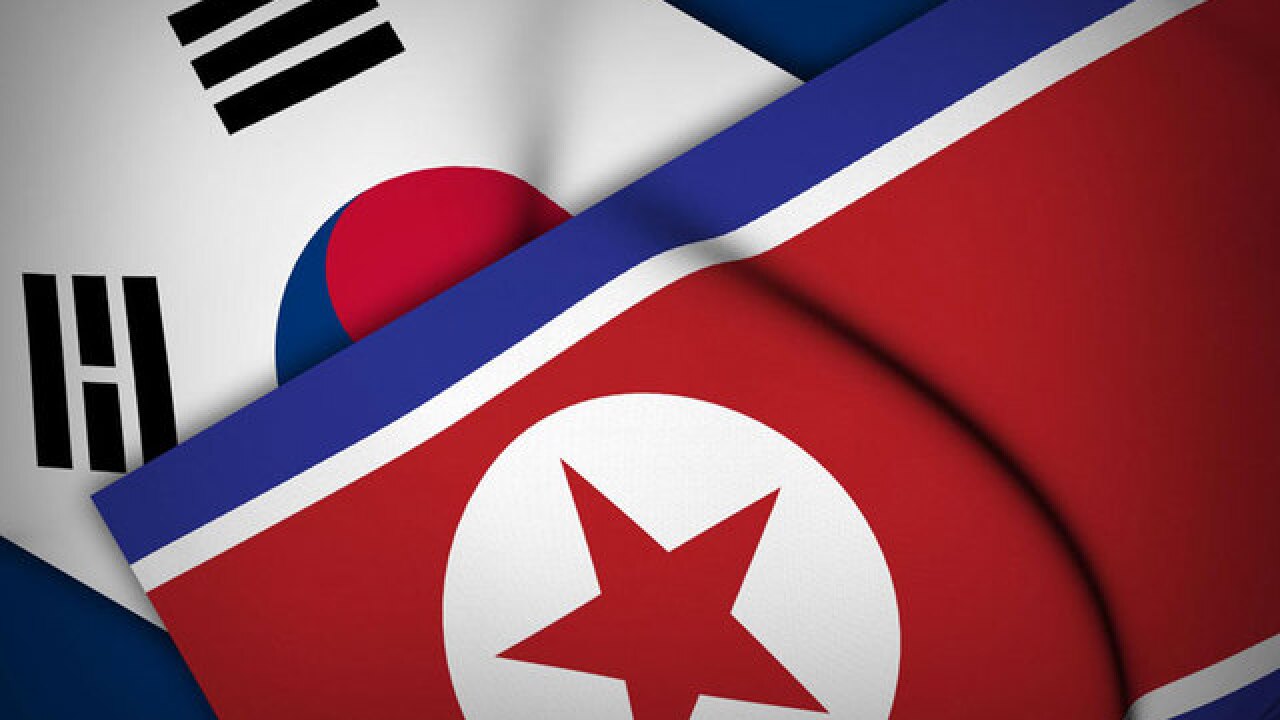 MASIK PASS, North Korea (AP) — North Korea's only luxury ski resort is getting a taste of the Olympic spotlight, though it is a long way from hosting any events.

The Masik Pass ski resort has become something of a symbol of a budding detente between the two Koreas after a year of particularly high tensions over the North's nuclear weapons and long-range missile tests.

The resort, completed at the order of leader Kim Jong Un in 2013, has been chosen to host joint training for North and South Korean skiers ahead of the Games' Feb. 9 opening date in South Korea.

The decision follows a surprise proposal by Kim in his annual New Year's address for the North to send a delegation to the Games.

Though some have called the move an attempt to deflect attention away from the North's nuclear program and drive a wedge between Washington and Seoul, South Korea has generally welcomed the idea and the two countries have held high-level talks and exchanged advance teams to work out the details.

North Korea has a relatively thin history of alpine skiing, but Kim has used the resort to promote the sport.

The resort is a popular winter stop for foreign tourists. More often, though, it's used by schools or factories or other workplaces to reward workers who have shown extra effort on the job.

Despite international sanctions on luxury items, the resort is well equipped with skis and ski equipment from all over the world.

On Sunday, resort workers buzzed up and down the slopes in snowmobiles bearing the iconic Canadian "Ski-Doo" brand name and the rental area was stocked full of Nordic brand skis, among others. To add a decidedly North Korea flair, a huge television screen standing near the base of the ski runs blared patriotic music played by the country's most popular musical group, the Moranbong Band.

Bringing even a tiny slice of the Olympic extravaganza to the ski resort would be a coup for Kim.

His regime is placing a high priority on developing Masik — along with the nearby port city of Wonsan and the scenic Mount Kumgang — as a tourist attraction over the next year. The area has been designated as a focus for construction projects, including more hotels. In 2015, it got a new airport, though it has been used only for domestic flights since.

Success will not come easily.

The United States recently slapped a travel ban on North Korea following the death of tourist and college student Otto Warmbier, who died shortly after his release from North Korean custody and return to the U.S. With China also tightening its sanctions on the North, significantly increasing the flow of tourists would likely involve opening the door to more South Koreans.

That would require better relations and less animosity than what has been the norm in recent years, when ties have been chilly at best. The possibility of being used for the North's advertising purposes, meanwhile, has raised some concern in the South. In a move that might also ruffle some feathers south of the Demilitarized Zone, North Korea is also expected to hold a major military event, probably a parade, on the day before the Pyeongchang Olympics opening ceremony.

Even so, for the time being at least, Pyongyang appears to be looking for an Olympic truce — and, maybe, a bit of the Pyeongchang spotlight.