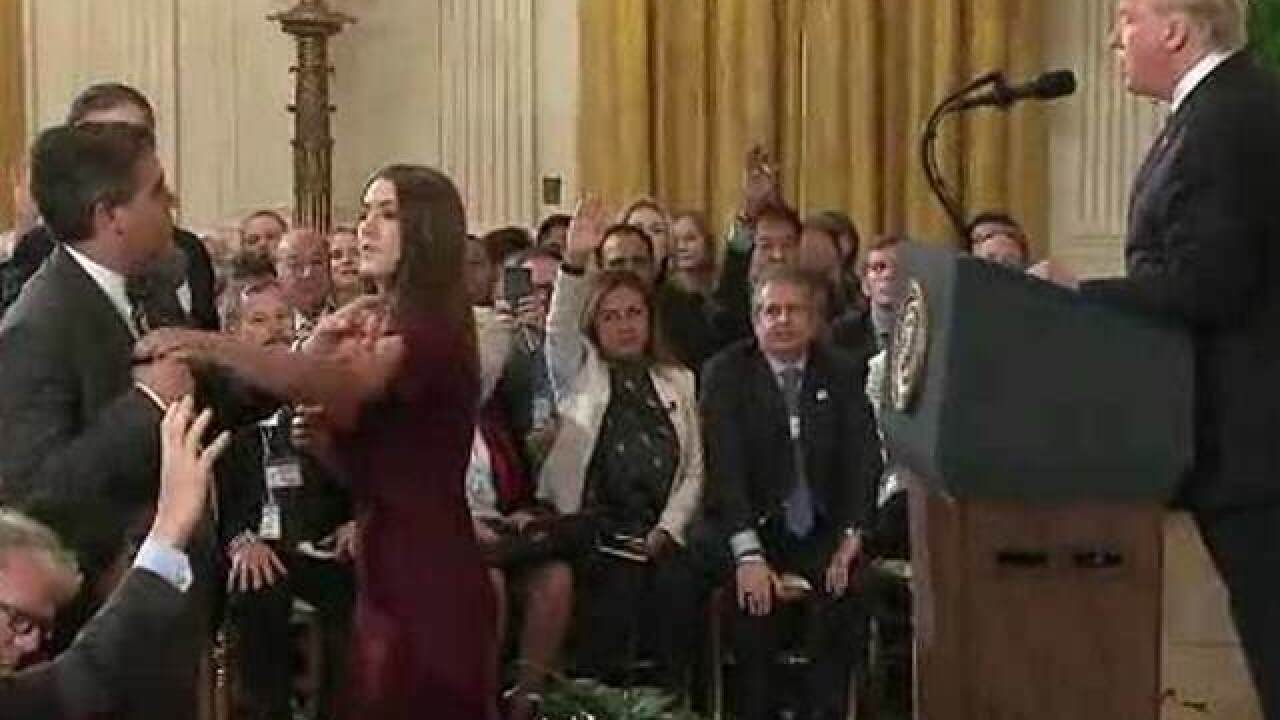 CNN had asked that Acosta's credentials be returned while a lawsuit over their revocation goes forward.

The network's chief White House correspondent has clashed repeatedly with Trump and press secretary Sarah Huckabee Sanders in briefings over the last two years. But the White House pulled his credentials last week following a combative press conference in which he clashed with Trump.

The judge is a Trump appointee.

Statement from CNN and @Acosta on today’s ruling: “We are gratified with this result and we look forward to a full resolution in the coming days. Our sincere thanks to all who have supported not just CNN, but a free, strong and independent American press.”

Thanks to @ACLU and @benwizner for your support! Statement from Ben: pic.twitter.com/6dYPjrnh4g