Indiana woman, 37, dies just three days after being diagnosed with the flu A Hendricks County father whose, daughter died just three days after being diagnosed with the flu, is sharing her story to put a face to the flu epidemic remind people dangerous the flu can be and how important it is to get your flu shot each year. 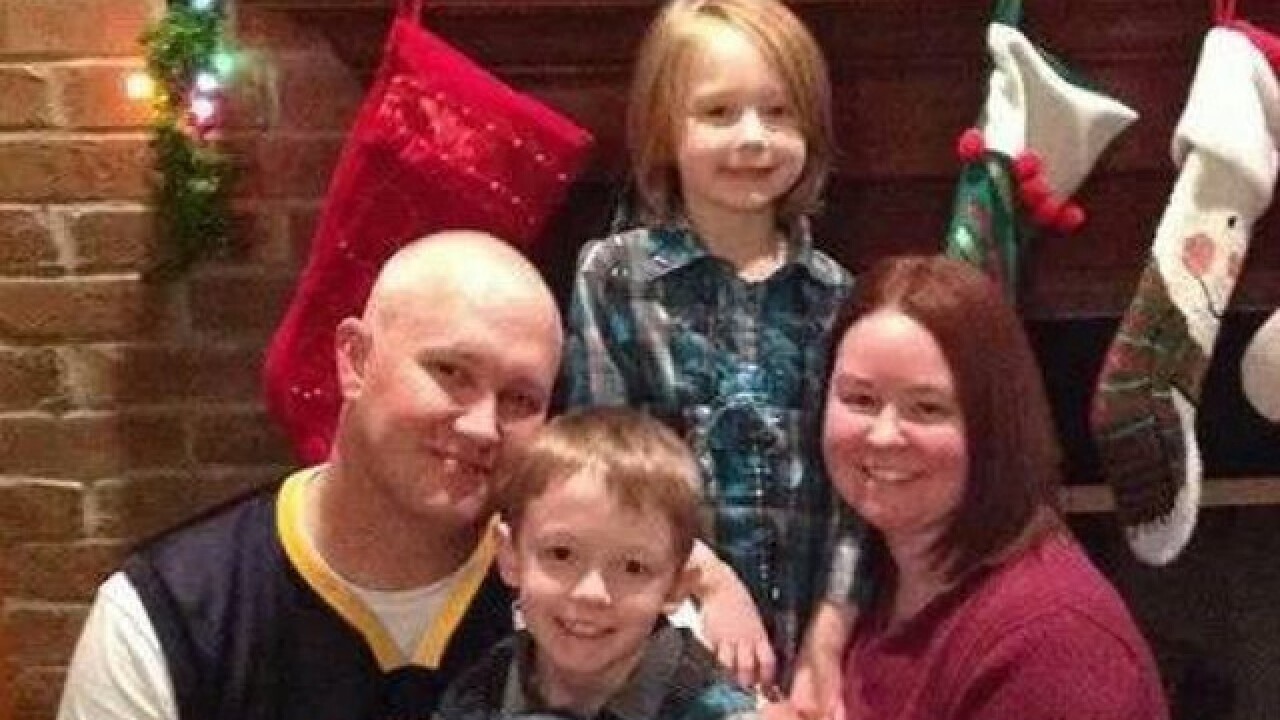 An Indiana father, whose daughter died just three days after being diagnosed with the flu, is sharing her story to remind people how dangerous the flu can be and how important it is to get your flu shot each year.

Before that, he says the 37-year-old mother of two was as healthy as could be.

When her family got sick with the flu last week, Karlie took care of them.

“They were all sick through the week but they all had their shots and they got over it pretty well,” said Karl.

But after they got better, Karlie started to feel sick so went to the doctor to get checked out. She was diagnosed with influenza.

“They said ‘Yeah, you’ve got the flu’ and gave her the usual list of things to do,” said Karl.

She went home on Friday and was back in the ER on Saturday but her chest X-Rays were clear, so Karl says they sent her home.

By Sunday, she felt even worse and decided to go back to the hospital.

“My wife called and said, ‘Get the kids dressed and get over here right away – they’ve put her in the ICU. She’s in critical condition,’” said Karl.

Karlie’s husband, Mike, was on temporary deployment. He rushed back to see her.

There was nothing else that could be done.

Karlie died Monday – just three days after she was diagnosed with the flu.

“We all were there, standing around her,” said Karl. “She left about 6:30 in the morning.”

Karl says he plans to remember his daughter and use her death as a message for others. He plans to place a yearly “In Memorium” notice in the newspaper to tell people why it’s important to get your flu shot.

“(We’re doing this) for Karlie. Telling her all we still love her and to let people know that they should get over their prejudices and biases about shots and things and get them because I might have a daughter still,” said Karl. “Four people got sick that week at this house. Three of them had the flu shot. Karlie didn’t have her shot this time – the first time in a long time - and she died.”