Denver7’s Jace Larson has been told by two law enforcement officials that the husband of the missing Frederick family has confessed to killing them and officials believe they know where the bodies are. 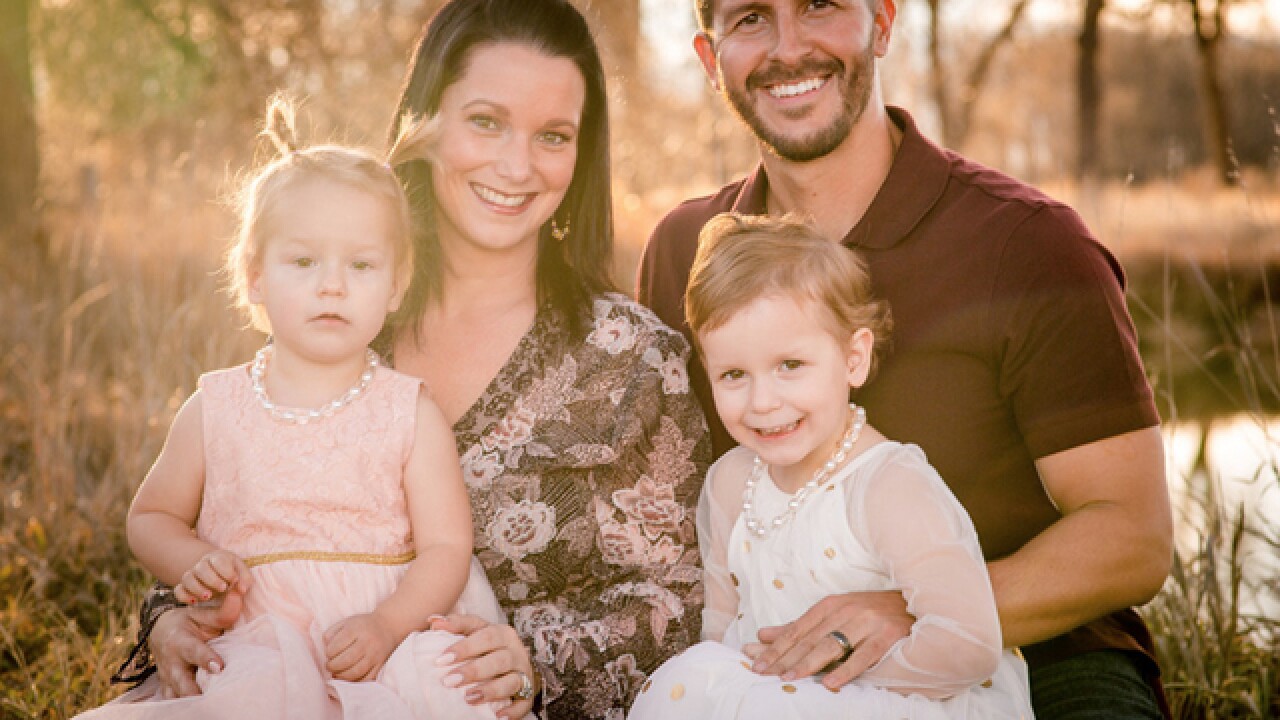 UPDATE: (AP) —  Authorities say they have found the body of a pregnant Colorado woman reported missing this week and believe they know where the bodies of her two children are.

The announcement Thursday came a few hours after police said they had arrested 33-year-old Christopher Watts in the disappearance of his 34-year-old wife, Shanann, and their two daughters, 4-year-old Bella and 3-year-old Celeste.

John Camper, director of the Colorado Bureau of Investigation, said investigators have strong reason to believe they know where the girls' bodies are and are trying to recover them.

FREDERICK, Colo. (AP) — A Colorado man has been arrested in connection with the disappearance of his pregnant wife and their two young children, authorities say, after previously telling media how upsetting it was to be alone in their normally bustling house after they vanished earlier this week.

Chris Watts, 33, was taken into custody Wednesday, according to police in the town of Frederick, about 28 miles (45 kilometers) north of Denver. His 34-year-old wife, Shanann Watts, and their two daughters, 4-year-old Bella and 3-year-old Celeste, were reported missing Monday by a family friend.

Police said on Twitter early Thursday that Chris Watts will be held at the Weld County Jail. He has not yet been charged, and it wasn't immediately known if he had a lawyer.

Authorities did not release any information on the whereabouts or conditions of Shanann or the girls but plan to release more information at a morning news conference.

Chris Watts spoke previously with Denver TV outlets about missing his family and his hopes for their safe return. He said his wife returned home about 2 a.m. Monday after a flight for a work trip was delayed.

He said the two had an "emotional conversation" before he left for work a few hours later and that he became concerned after she did not return his calls or texts or that of her friends. He said he came home to an empty house after a friend knocked on the door at noon and got no answer.

He told KMGH-TV about how traumatic it was to spend the night in the family's unusually quiet home and missing telling his daughters to eat their dinner and turning on their bedroom monitors.

"Last night I had every light in the house on. I was hoping that I would just get ran over by the kids running in the door, just barrel-rushing me, but it didn't happen," he said.

Shanann Watts' Facebook account paints a portrait of a happy family, with a constant feed of photos and videos of her family, friends and herself. Her comments are typically upbeat and say how happy she is, whether she's running errands, playing with her kids or promoting a health program.

She posted selfies of her and her husband smiling in restaurants, in front of the ocean on vacation and at their house. On one from May 5, she wrote: "I love this man! He's my ROCK!"

She posted a photo on June 19 of some texts with her husband after sending him a sonogram. He replied that he loved the baby already. She posted: "I love Chris! He's the best dad us girls could ask for."

Her page has photo collages and video slide shows praising Chris Watts for taking care of her and their girls, how their love was growing stronger and how he was why she was brave enough to agree to a third child.

The couple filed for bankruptcy protection in 2015. They estimated they had the same range of assets as liabilities, according to court records.

Shanann Watts was from North Carolina, and her parents' next-door neighbor, Joe Beach, said he had just seen her when she visited the neighborhood of modest homes in Aberdeen.

"She was here for about three weeks. I talked her a couple times," he said in a phone interview. "We were talking about general things, about how her two girls were doing and how life was out in Colorado. She didn't give me an indication that there was anything wrong. She seemed pretty happy."

He said he knew her parents well and had known Shanann since she was a teenager. Beach said she was a nice person with two lovely children, both of whom he had seen on their recent visit.

"They were sweet kids. The oldest child was quite talkative for her age," he said.

He said he hasn't spoken to her parents since the tragedy, but a neighbor told him they flew to Colorado.

"I'm surprised that it happened," he said. "I wouldn't expect for anything like that to happen. She was good people."

Shanann's father, Frank Rzucek, said on Facebook that the family didn't want to talk to the media.

She moved to Colorado from North Carolina with her husband in 2012, according to property records and her social media accounts. She had been in a hurry to sell a house in Belmont, west of Charlotte, and left behind the furniture as part of the sale, said the man who bought it, Byron Falls.