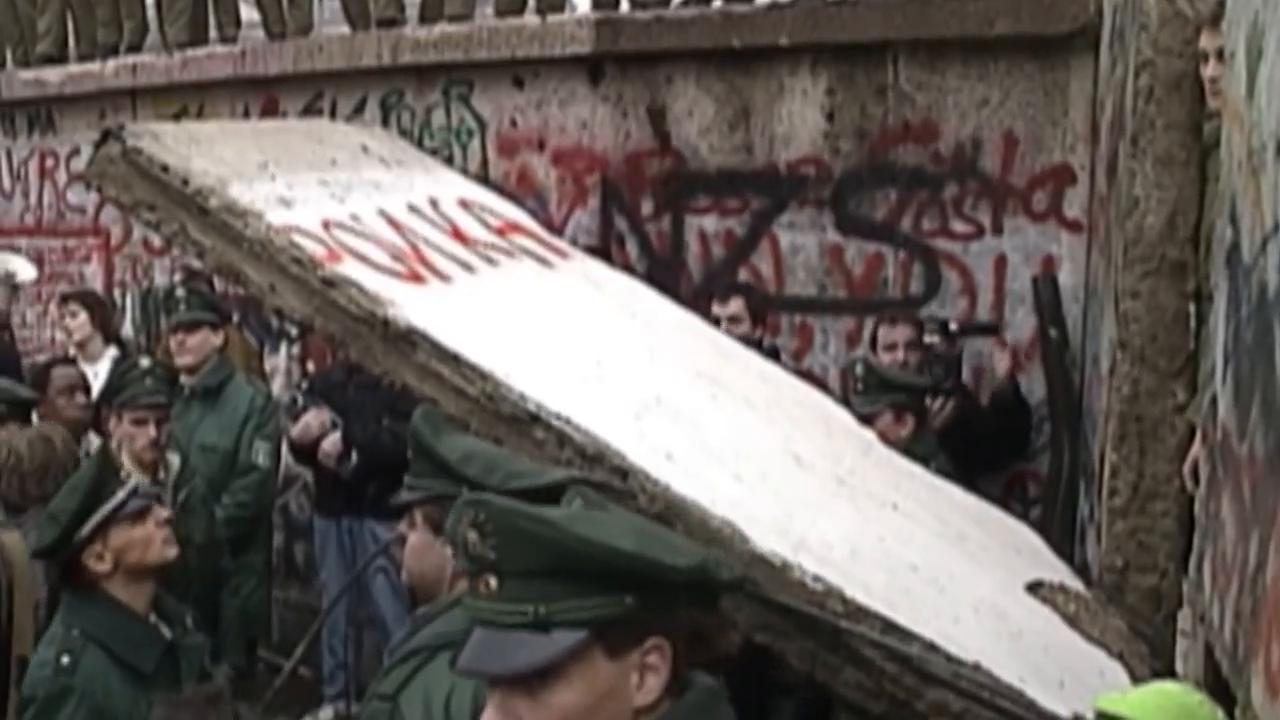 Germany marked the 30th anniversary Saturday of the opening of the Berlin Wall, a pivotal moment in the events that brought down Communism in eastern Europe.

BERLIN (AP) — Germany marked the 30th anniversary Saturday of the opening of the Berlin Wall, a pivotal moment in the events that brought down Communism in eastern Europe.

Leaders from Germany, Poland, Hungary, Slovakia and the Czech Republic attended a ceremony at Bernauer Strasse — where one of the last parts of the Berlin Wall remains — before placing roses in gaps in the once-fearsome barrier that divided the city for 28 years.

Axel Klausmeier, head of the Berlin Wall memorial site, recalled the images of delirious Berliners from East and West crying tears of joy as they hugged each other on the evening of Nov. 9, 1989 .

Klausmeier paid tribute to the peaceful protesters in East Germany and neighboring Warsaw Pact countries who took to the streets demanding freedom and democracy, and to then-Soviet leader Mikhail Gorbachev's policy of reforms.

The protests and a stream of people fleeing East Germany piled pressure on the country's Communist government to open its borders to the West and ultimately end the nation's post-war division.

Thirty years on, Germany has become the most powerful economic and political force on the continent, but there remain deep misgivings among some in the country about how the transition from socialism to capitalism was managed.

German Chancellor Angela Merkel acknowledged this in a recent interview with daily Sueddeutsche Zeitung, saying that "with some things, where one might have thought that East and West would have aligned, one can see today that it might rather take half a century or more."

Speaking at a memorial service in a small chapel near where the Wall once stood, Merkel commemorated those who were killed or imprisoned for trying to flee from East to West Germany and insisted that the fight for freedom worldwide isn't over.

"The Berlin Wall, ladies and gentlemen, is history and it teaches us: No wall that keeps people out and restricts freedom is so high or so wide that it can't be broken down," she said.

Merkel also recalled that Nov. 9 remains a fraught date in German history, as it also marks the anniversary of the so-called Night of Broken Glass, an anti-Jewish pogrom in 1938 that foreshadowed the Nazi's Holocaust.

Light installations, concerts and public debates were planned throughout the city and other parts of Germany to mark the fall of the Wall, including a concert at Berlin's iconic Brandenburg Gate.