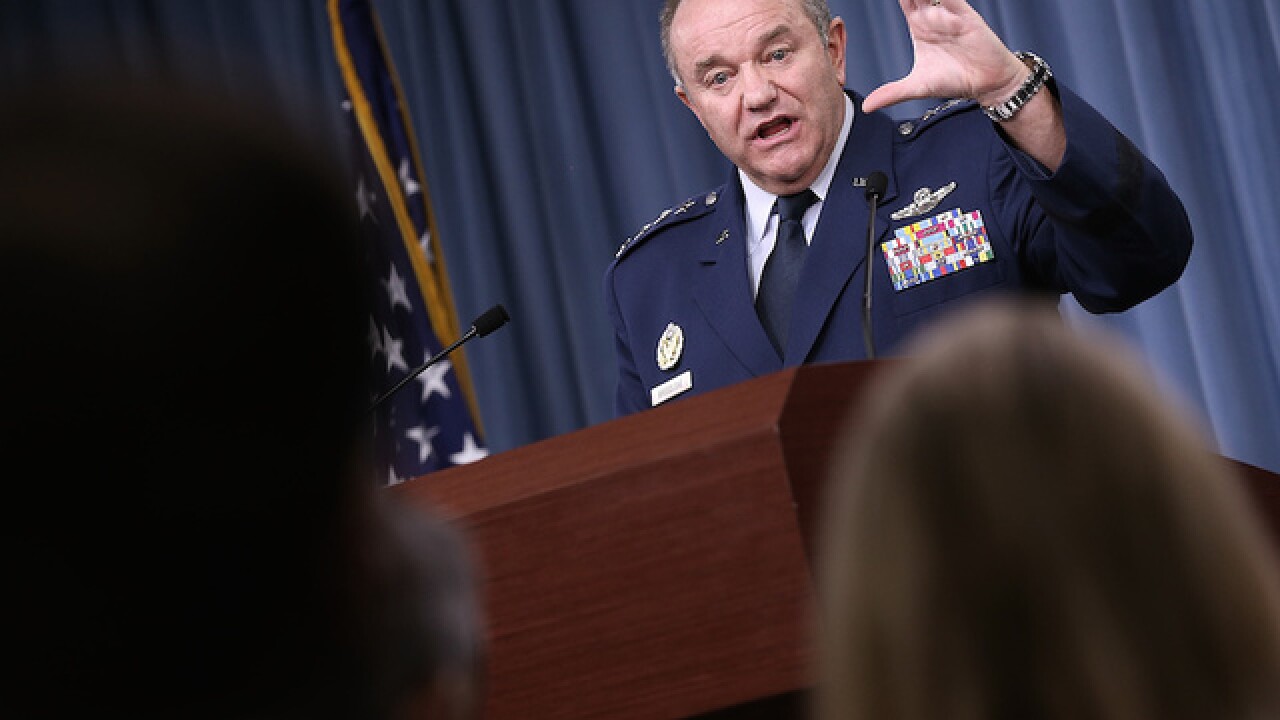 WASHINGTON (AP) — Terrorists, criminals and foreign fighters are part of the daily refugee flow into Europe, the top NATO commander in Europe told lawmakers, "masking the movement" of these dangerous elements and heightening the potential for an attack.

In testimony Tuesday before the Senate Armed Services Committee, U.S. Air Force Gen. Philip Breedlove said the Islamic State extremist group is "spreading like a cancer" within this mix, "taking advantage of paths of least resistance, threatening European nations" and the United States.

In response to a question about whether the Islamic State will continue to infiltrate refugee flows, Breedlove said, "I think that they are doing that today."

Breedlove said Russia's actions in Syria have "wildly exacerbated the problem." Despite its public pronouncements, Russia has done little to counter the Islamic State but instead has bolstered Syrian President Bashar Assad.

Russia and Assad, Breedlove said, are using migration as a weapon to overwhelm European support structures and break European resolve. He cited the use of barrel bombs, which are unguided weapons and have no military value, against civilians in Syria. The only purpose of these indiscriminate attacks is to terrorize Syrian citizens and "get them on the road" and make them problems for other countries, Breedlove said.

In the wake of Syria's civil war and the rise of the Islamic State, the people fleeing Syria and Iraq were what Breedlove described as "legitimate" refugees. They were escaping civil war, terrorism and unresponsive governments. But that's changed in recent months, he said.

"This criminality, the terrorists, and the returning foreign fighters are clearly a daily part of the refugee flow in Europe," Breedlove said.

The International Organization for Migration said Tuesday that almost 130,000 migrants — more than 2,000 each day — have reached Europe by sea since the beginning of this year and 418 have died trying, most drowning in the cold, rough waters. The number of arrivals in the first two months of 2016 is more than 11 times as many as the same period last year.

The organization estimated that last year's total of more than 1 million seaborne migrant arrivals likely will be surpassed in 2016, possibly before the end of the summer.

Breedlove said forcing the flow of migrants into Europe fits into Russia's goal of using nonmilitary means to create divisions in the NATO alliance and the European Union.

"What we have seen is that this is putting great pressure on the nations of Europe," he said.

In addition to the dangers posed by terrorists in the refugee mix, Breedlove warned that opposition from local nationalists in Europe to the large influx of refugees could lead to violence.