Floating island made from plastic waste in Africa 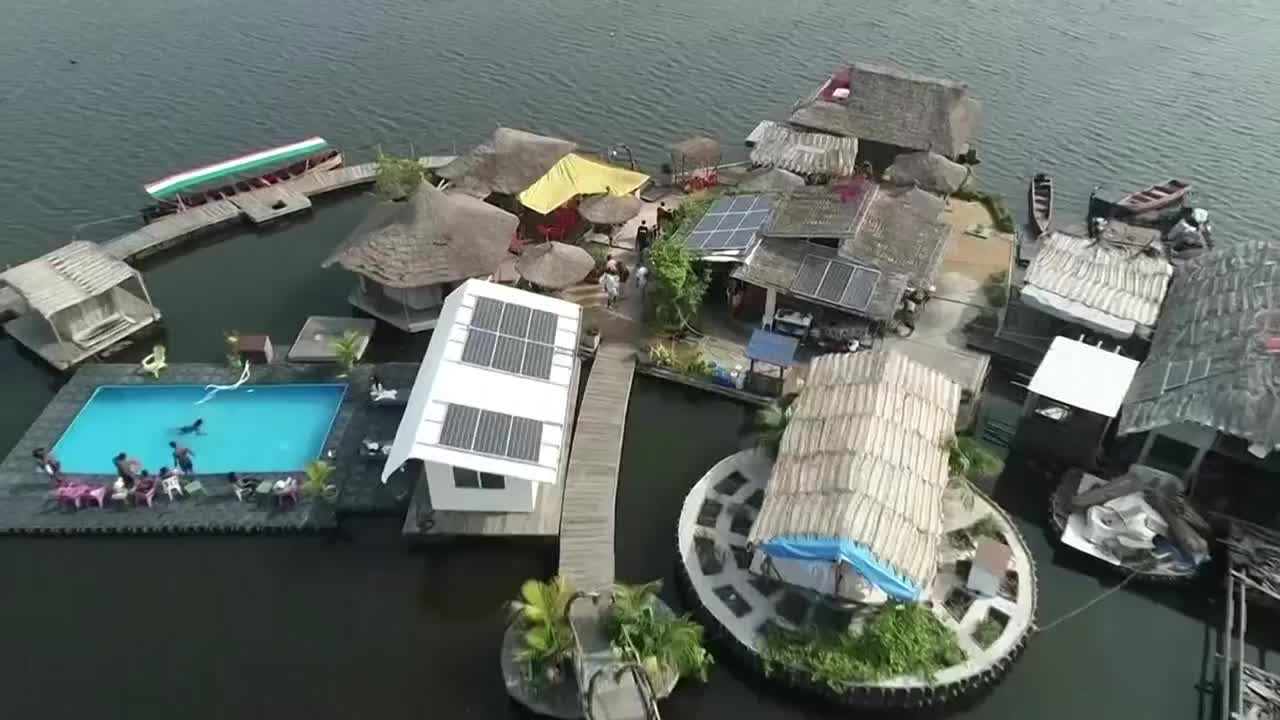 A French entrepreneur recycled the pile of plastic waste that floated in a lagoon in Africa to build an ecological fun-island that the promoters hope is the first of many more to come.

ABIDJAN, Ivory Coast -- A French entrepreneur recycled the pile of plastic waste that floated in a lagoon in Africa to build an ecological fun-island that the promoters hope is the first of many more to come.

The floating island in the middle of this lagoon is a place to relax, enjoy a drink, swim in one of two pools and even spend the night.

It is touted by its owner Eric Becker as a paradise island and a perfect hideout for the weekend.

But what makes it extra special is that it is artificial, ecological and floats atop 700,000 recycled bottles tightly packed in boxes.

Decker had planned to start a business in Ivory Coast building a leisure catamaran in 2012.

But what he found was miles of waste and plastic bottles along the lagoons shores and decided to do his small part in trying to clean it up by building a tiny leisure village instead.

It took six years for Decker to collect discarded bottles, polystyrene, even sandals and then test their strength and viability.

The island weighs around 200 tons, and is equipped with solar panels for electricity.

He also makes compost to grow some grass on the island. Water has to be pumped in from the land because the lagoon water is too polluted.

For the moment Decker says he has around 100 guests a week and most of his trade is at weekends.

Decker is keen to promote his system to encourage others to recycle more.

He doesn't think the project will change the world but it is part of a strategy to raise awareness of recycling and cleaning the environment.