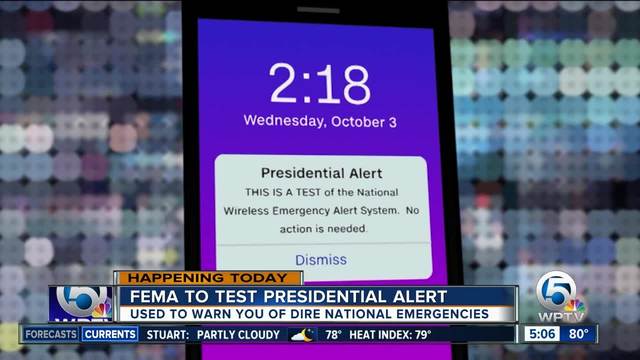 About 225 million electronic devices across the United States will wail and buzz Wednesday afternoon as the Federal Emergency Management Agency conducts an emergency alert test. 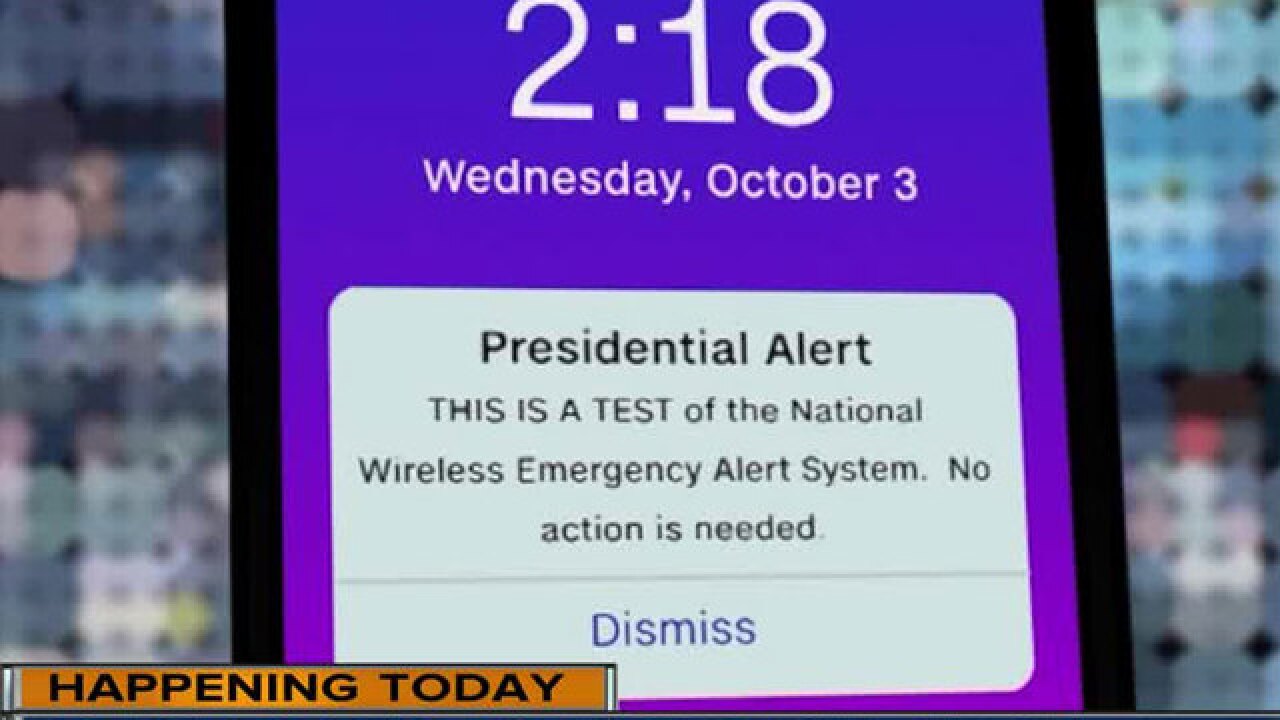 The tone sounded at 2:18 p.m. EDT. The subject read: "Presidential Alert" and text read: "THIS IS A TEST of the National Wireless Emergency Alert System. No action is needed."

It is the first test of the national wireless emergency system by FEMA. The message was broadcast on cell towers for 30 minutes. Some people got the alert multiple times. Others didn't get it at all.

FEMA estimated about 225 million electronic devices, or about 75 percent of all mobile phones in the country, would receive the alert. It hasn't said yet whether the test went well.

The system test is for a high-level "presidential" alert that would be used only in a nationwide emergency. The goal is to have phones get the alert at the same time.

A tone will sound at 2:18 p.m. EDT, similar to that of an Amber Alert or flood watch warning, and the subject of the alert will read: "Presidential Alert" and text will say: "THIS IS A TEST of the National Wireless Emergency Alert System. No action is needed."

It is the first test of the national wireless emergency system by FEMA. The message will be broadcast by cell towers for 30 minutes, so it's possible some people may get it at a different time. The alerts will sound as long as the device is turned on — even if it's on mute or do not disturb, and it may also appear on smart watches, officials said.

A second alert on television broadcast and radio will go off at 2:20 p.m. EDT. The TV and radio alert has been tested for several years.

The system test is for a high-level "presidential" alert that would be used only in a nationwide emergency. It is being completed in coordination with the Federal Communications Commission. FEMA officials said Tuesday they would share test result data on how the testing went with mobile carriers to help ensure the system works well in a true emergency.

Phones with mobile carriers that participate in the wireless emergency alert system, which sends out information on hazardous weather, or missing children, will get the alert. FEMA officials estimate it will reach about 75 percent of all mobile phones in the country, including phones on all of the major carriers.

The wireless alert system launched in 2012. While users can opt out of messages on missing children and natural disasters, they can't opt out of the presidential alerts, which are issued at the direction of the White House and activated by FEMA.

FEMA officials said the administration can only send such an alert for national emergencies or if the public were in peril, rules outlined in a 2006 law, and they say it can't be used for any sort of personal message from the president.

A group of New Yorkers filed a lawsuit in federal court in New York arguing they should not be compelled to receive the alerts under their right to free speech.