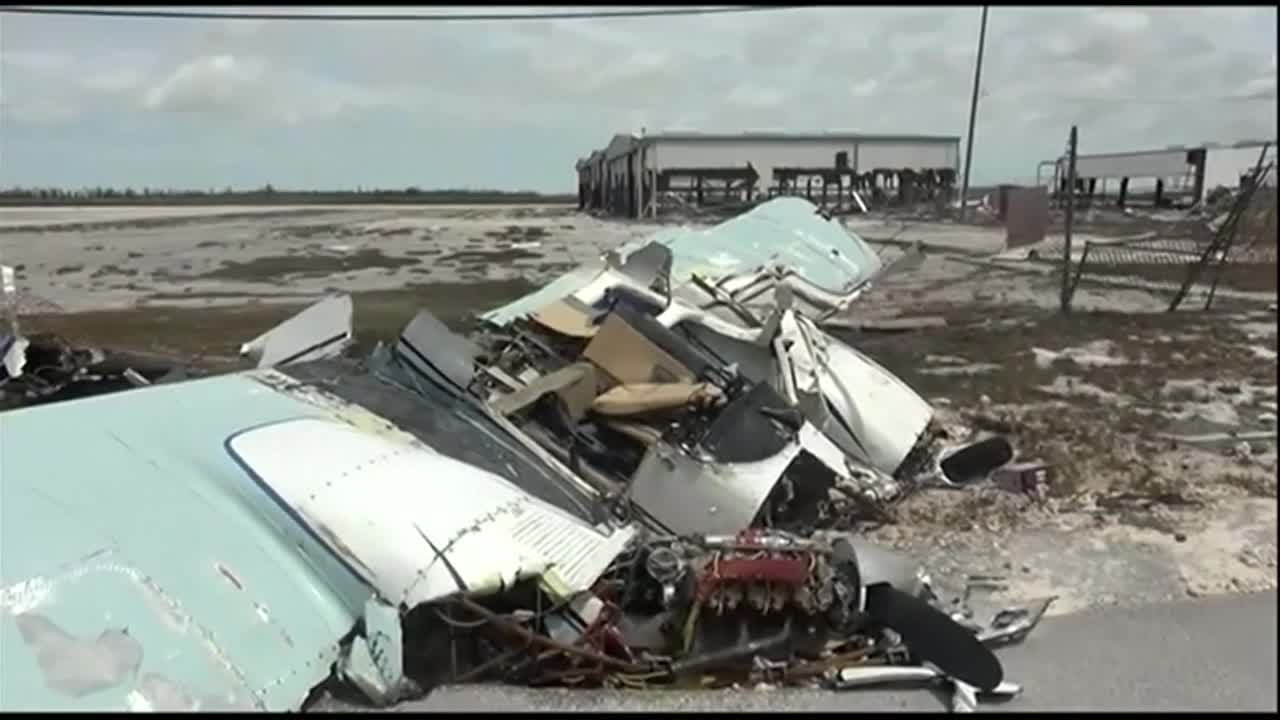 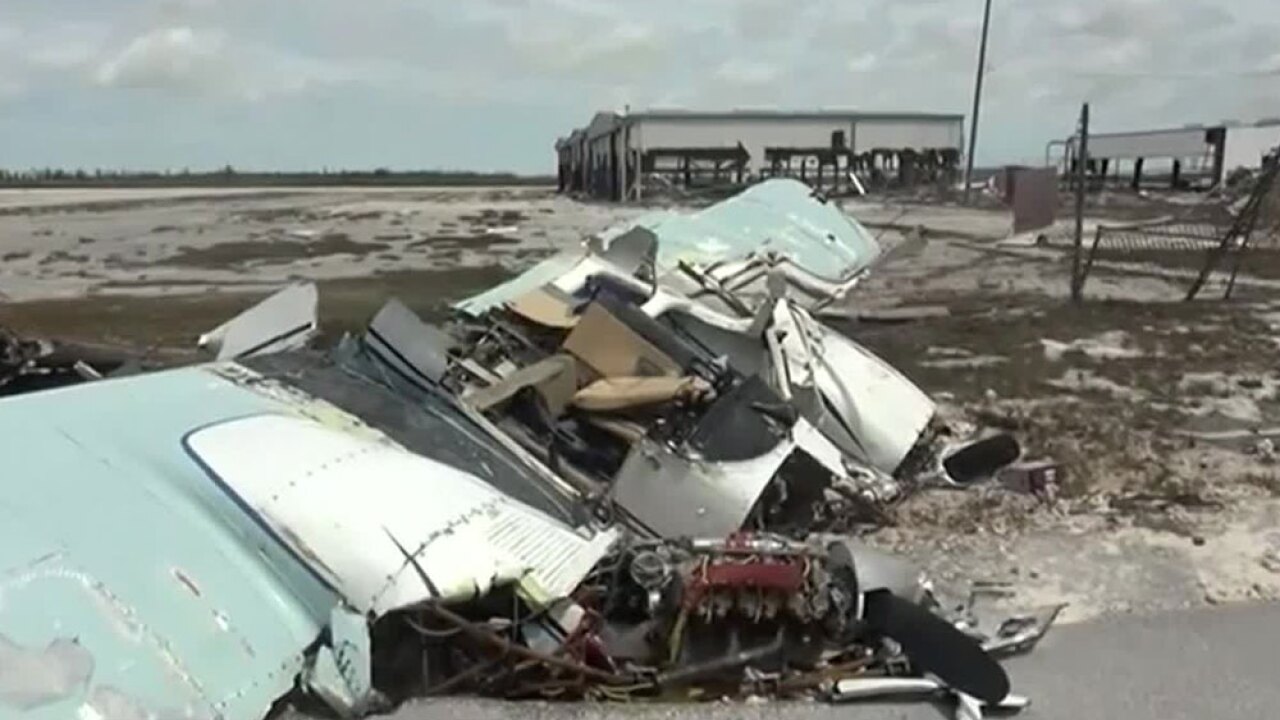 FREEPORT, Bahamas-- A day after the most powerful hurricane on record ever to hit the Bahamas finished battering the islands of Abaco and Grand Bahama, Freeport's Grand Bahama International Airport lay in tatters Wednesday.

RELATED: How to help victims of Hurricane Dorian

Entire planes and parts of aircraft lay scattered on the ground around the airport. All the buildings on the premises were severely damaged.

At least seven deaths have been reported in the Bahamas from Dorian, with the full scope of the disaster still unknown.

Elsewhere across Freeport, some homes and other structures are still standing, although most show some degree of storm impact.

Boats can be seen on land, blown in from the sea and debris litters roadways. Power lines were also down.

People could be seen walking around, surveying damage by daylight.

Dorian is the strongest hurricane on record to hit the northwestern Bahamas.

With winds at 185 mph, Dorian ties with Gilbert (1988), Wilma (2005) and the 1935 Labor Day hurricane for the second strongest Atlantic hurricane on record based on maximum sustained winds.

Allen in 1980 was the most powerful with 190-mph winds, the National Hurricane Center reported.