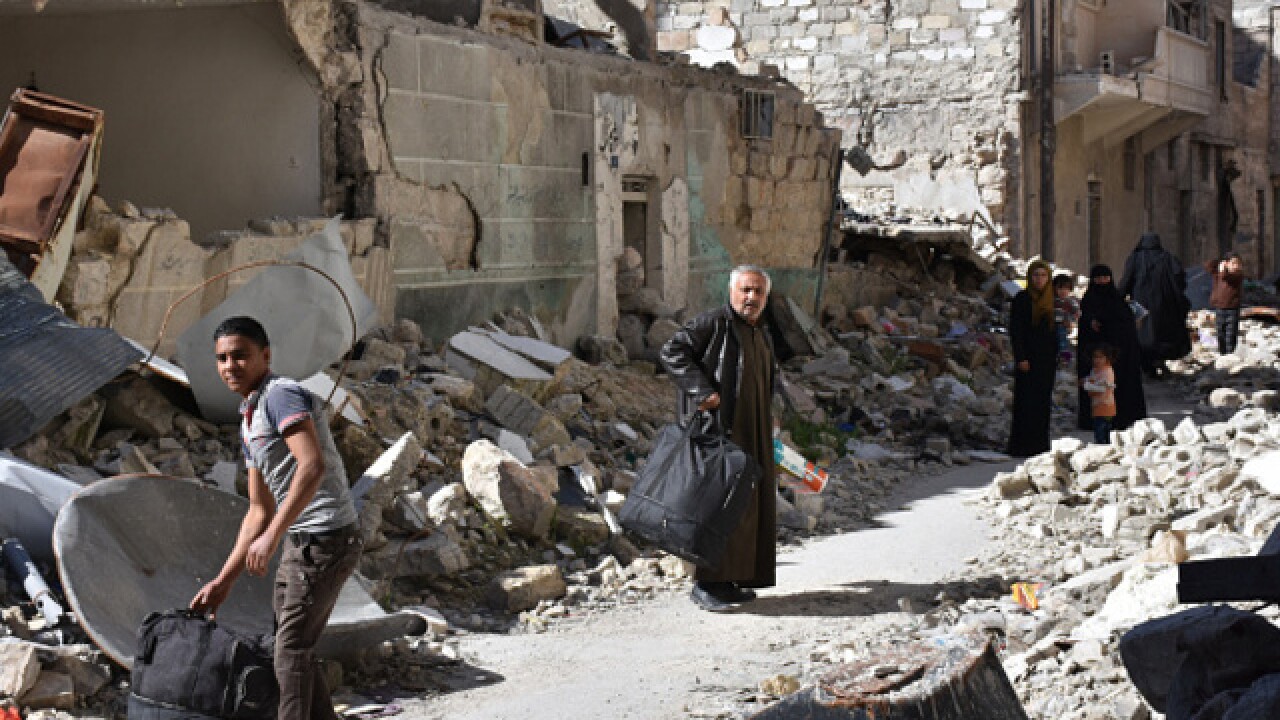 (CNN) -- President Donald Trump is ordering most of the remaining US forces out of northern Syria, Defense Secretary Mark Esper said Sunday.

"We have American forces likely caught between two opposing, advancing armies and it's a very untenable situation. I spoke with the President last night, after discussions with the rest of the national security team, and he directed that we begin a deliberate withdrawal of forces from northern Syria," Esper said on CBS' "Face the Nation." "Which is where most of our forces are."

The order comes as Turkish forces are pushing further south into Syria. Last week, the country launched its long-threatened incursion into the country after Trump ordered a small contingent of about 50 US troops to be pulled back from the border area amid a belief that a Turkish incursion was imminent.

Esper did not initially make it entirely clear whether the withdrawal would mean the US troops would be leaving Syria entirely or relocating elsewhere in the country away from where Turkish forces are operating. The Pentagon did not respond to CNN's request Sunday for clarification on the troop withdrawal.

While the majority of the 1,000 US troops in Syria are in the northern part of the country, the US military also maintains a small presence in southern Syria at a base in At Tanf where the US trains local anti-ISIS fighters that are not affiliated with the Syrian Democratic Forces.

A US official familiar with the situation on the ground said earlier Sunday that US forces in Syria are preparing to withdraw from the country.

The official said the situation on the ground is deteriorating rapidly in northeast Syria, adding that Turkish proxies, which the official describes as including "extremists," have advanced along the strategically important M4 highway setting up multiple checkpoints. He says these proxy forces are wearing SDF uniforms and killing civilians on the highway. US Forces and SDF troops no longer control ground lines of communication and have no control over Turkish aircraft overhead.

"US Forces are at risk of being isolated and there is increased risk of confrontation between Turkish proxies and US Forces unless Turkey halts their advance immediately," the official says.

Prior to Turkey's offensive last week, as a confidence building measure with the country, the US convinced the Syrian Kurds to dismantle their defensive fortifications along the border and pull their fighters back. The US said Turkey had agreed to the arrangement which sought to prevent unilateral Turkish military action.

While Kurdish officials and Republican and Democratic lawmakers have argued that the pull back helped provide a de facto green light for the Turkish attack, senior members of the Trump administration have insisted Turkey would have invaded regardless of whether US troops had remained and that the US has not deserted the Syrian Kurds. However, the US government has not taken action yet to stop the Turkish incursion.

Esper said Friday the US is not abandoning its Kurdish allies, although he made it clear the US military will not intervene in the fight.

"We are not abandoning our Kurdish partner forces and US troops remain with them in other parts of Syria," Esper told reporters at the Pentagon.

"We remain in close coordination with the Syrian Democratic Forces who helped us destroy the physical caliphate of ISIS, but I will not place American service members in the middle of a longstanding conflict between the Turks and the Kurds, this is not why we are in Syria," Esper said.

Trump signed an executive order Friday giving the Treasury Department "very significant new sanctions authorities" against Turkey over its actions in Syria, but the US doesn't have any immediate plans to use them, Treasury Secretary Stephen Mnuchin said.

As the situation in Syria deteriorates, Trump wrote on Twitter Saturday that he is working with Sen. Lindsey Graham, a South Carolina Republican, and unnamed Democrats to impose "powerful sanctions" on Turkey.