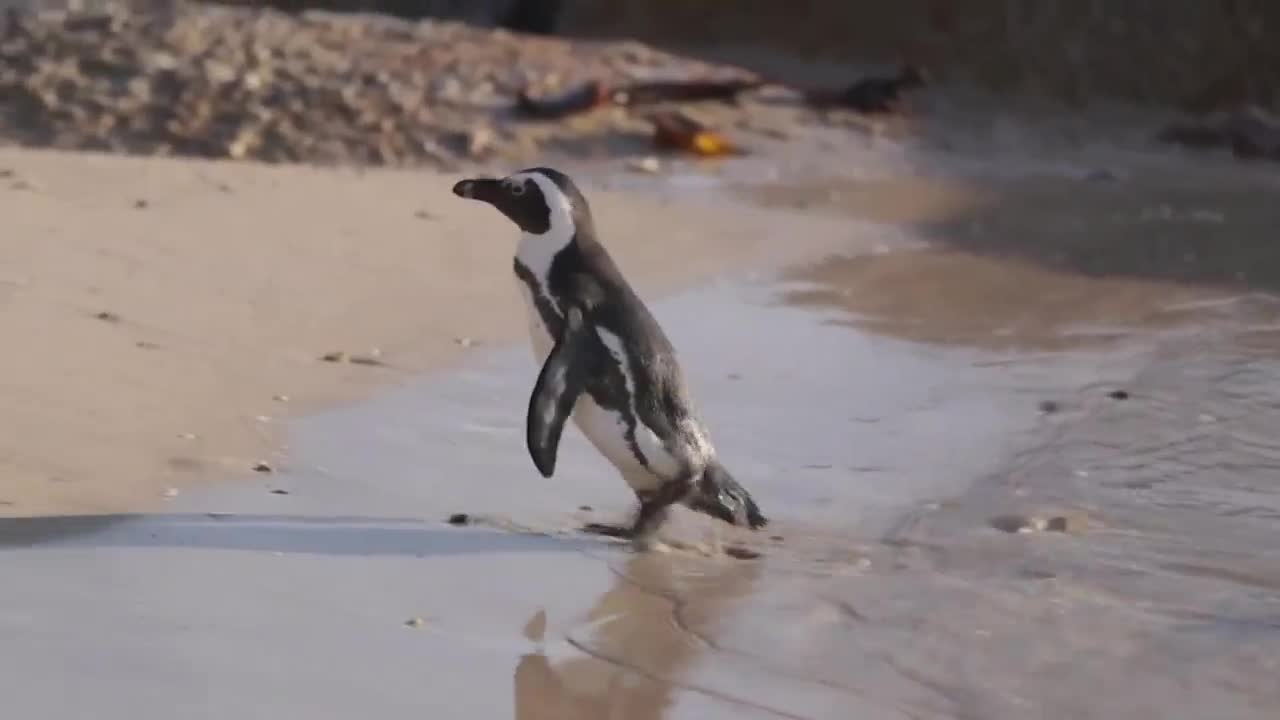 Researchers in South Africa have started a new program to save a specific kind of penguin there from going extinct.

Researchers in South Africa have started a new program to save a specific kind of penguin there from going extinct.

The Little African Penguin is the only penguin that breeds in Africa.

Once South Africa's most abundant seabird, its population dropped from a million pairs in the 1920s to just 13,000 pairs last year.

Their numbers began dropping after people began taking their eggs to eat.

Researchers started using penguin decoys to entice the birds to lay their eggs on a beach where the eggs are protected.

Also hand-reared penguin chicks will be released in the same area to build a new colony.

Researchers have high hopes and said the same ideas worked to build up another threatened bird colony in the U.S.

Birdlife South Africa Researcher Christina Hagen says, "This has never been done for the Africa Penguin, it's been done for other seabird species around the world and possibly the most successful and famous example is the Atlantic Puffin off the East Coast of the U.S. They used, they also used decoys and releasing chicks at the site and they eventually got a very big thriving colony."

The waters are full of fish that are critical to the penguins' success. So far the decoys are working.

"From other studies the decoys don't even have to be super realistic, they can just be the right shape and color and the birds respond to them. We took our decoys to an existing colony at Stony Point and put them out with the penguins just to see how the penguins would react. We didn't want there to be some kind of adverse reaction and it worked really well, the penguins were kind of interested, it didn't attack them, they also didn't completely ignore them so that was a really good sign for us and we also managed to fool some tourists into thinking they were real," Hagen said.

The Little African Penguin is a big tourist draw in South Africa.