Death toll rises to 93 in Iraq amid ongoing protests 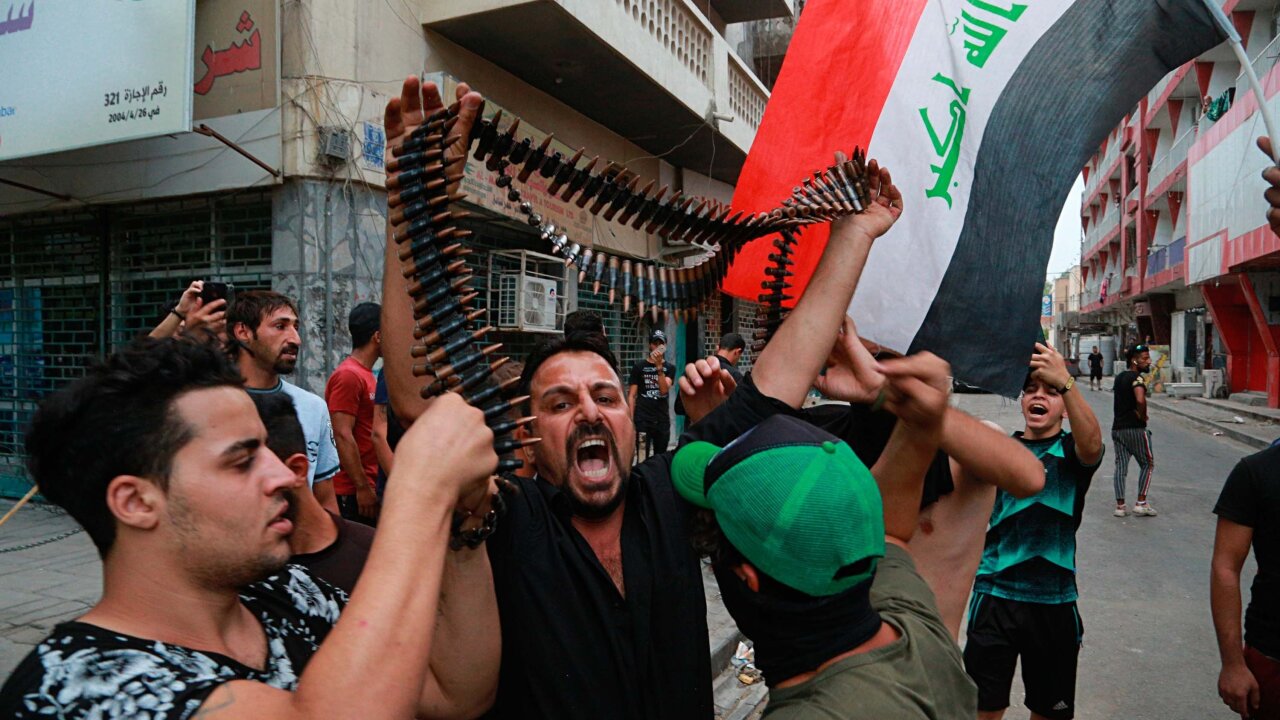 (CNN) -- Iraq's Prime Minister has said the government needs to do more to combat corruption as the death toll in four days of deadly protests rose to 93.

Thousands have been involved in Iraq's nationwide protests, which are among the largest seen in decades and which were sparked by frustration over alleged government corruption, lack of basic services and growing unemployment.

Abdul-Mahdi said the government would "soon" present a project to offer a basic wage for the poor so that "all Iraqi families can live in dignity."

"Everyone should respect the rule of law by which everyone can live in security and stability," he added.

At least 93 people were killed and 3,978 injured in violent protests across Iraq this week, Ali Akram al-Bayati, a member of the Independent High Commission for Human Rights of Iraq, told CNN.

Of those killed, 38 are protesters and three are security officers. According to al-Bayati, 363 Iraqi security personnel and 1,261 demonstrators are among the injured.

Iraqi security forces have detained 454 since protests erupted in several Iraqi cities on Tuesday, al-Baiyati said. Among those detained, 287 have been released.

Al-Bayati from the Independent High Commission for Human Rights of Iraq called on international organizations to urgently help hundreds of wounded people as hospitals are running out of blood supplies.

How the protests unfolded

Long power outages, rising unemployment and rampant government corruption have led to growing discontent in recent years. Many in the country have limited access to basic services such as electricity and clean water, and the unemployment level is around 10%.

Demonstrations erupted in the capital Baghdad and in several provinces across Iraq on Tuesday and Wednesday.

Abdul-Mahdi promised on Tuesday to try to provide jobs to university graduates and said all contracts with foreign companies would stipulate that 50% of the jobs should go to Iraqis.

On Wednesday, hundreds of angry protesters stormed the governors' offices in Najaf and Nasiriyah, setting fire to parts of the buildings, according to state-run Iraqiya television.

That same day, Prime Minister Adil Abdul-Mahdi held an emergency meeting with members of the national security council to discuss the "unfortunate events," according to a statement released by his office.

Although a curfew was imposed in Baghdad and several other cities, sporadic protests continued Thursday.

There was a heavy security presence on the capital's streets, with closures on the city's main arteries, several Baghdad residents told CNN.

In Baghdad, protesters tried to cross a bridge leading to the fortified Green Zone — home to government buildings and embassies — two security officials inside the area told CNN. Demonstrators blocked the road to the airport.

Security forces fired tear gas, water cannon and live ammunition to disperse the crowds, according to a joint statement released by Iraq's Interior and Health Ministries. Iraq's defense minister has ordered the country's armed forces to be on high alert and deployed extra security troops to Baghdad International Airport.

The United States-led coalition against ISIS, which has its headquarters in the Green Zone, called on "all sides to reduce tensions."

"The loss of life and injuries — among civilians and Iraqi Security Forces — is deeply concerning. We believe peaceful, public rallies are a fundamental element of all democracies; there is no place for violence," coalition spokesman Col. Myles B. Caggins III tweeted Thursday morning.

The Bahrain Foreign Affairs Ministry called on all its citizens in Iraq to leave the country "immediately" for their own security and safety, and discouraged travel by Bahrainis to Iraq, according to the state-run Bahrain News Agency (BNA).

Amnesty International urged Iraqi authorities to carry out an urgent and independent investigation into the "excessive violence" used against demonstrators.

Protests over deteriorating economic conditions have rocked several other countries in the Middle East and North Africa in recent weeks. In Lebanon, protesters blocked roads and clashed with security forces last week over unemployment, decaying infrastructure, and government corruption. In Egypt, demonstrations over similar economic grievances led to an intensified crackdown on dissent. And in Jordan, an ongoing teachers' strikes has been considered the longest strike in the country's history.