Charles Aznavour, the 'Frank Sinatra of France', dies at 94 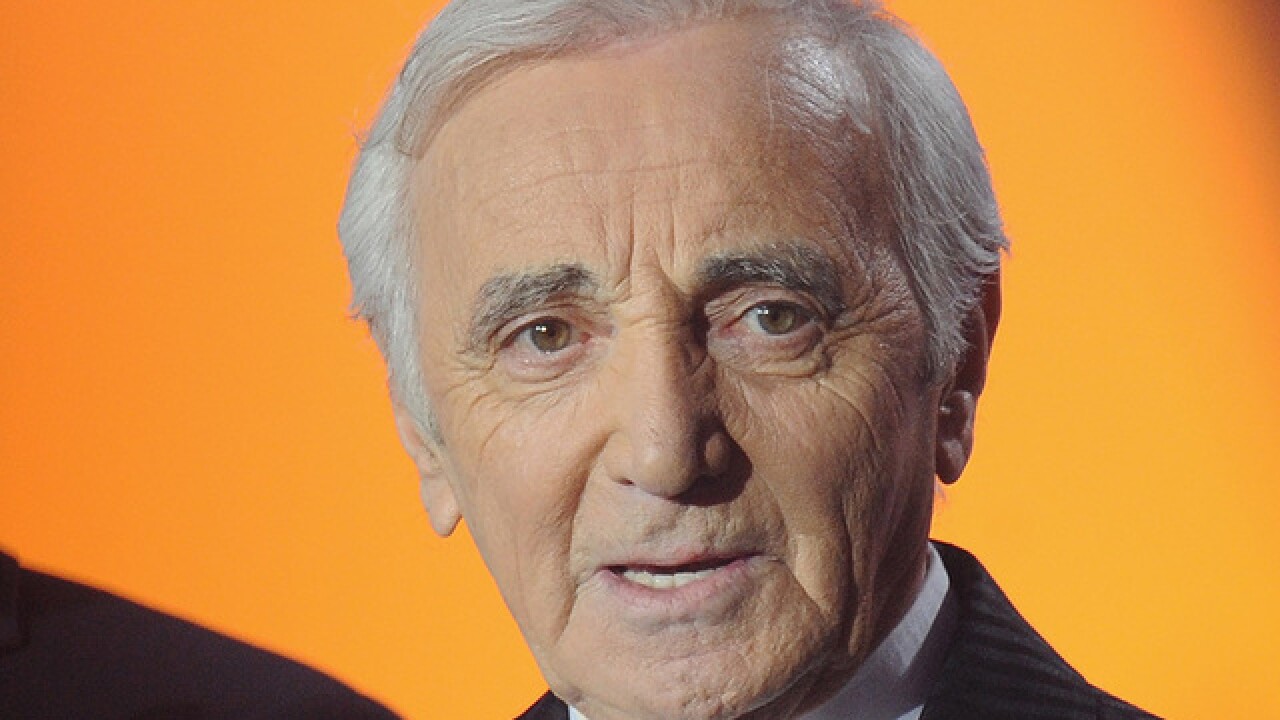 PARIS (AP) — Charles Aznavour, the French crooner and actor whose performing career spanned eight decades and who seduced fans around the world with his versatile tenor, lush lyrics and kinetic stage presence, has died. He was 94.

One of France's most recognized faces, Aznavour sang to sold-out concert halls until the end, resorting to a prompter only after having written upwards of 1,000 songs by his own estimate, including the classic "La Boheme."

Often compared to Frank Sinatra, Aznavour started his career as a songwriter for Edith Piaf. The French chanteuse took him under her wing. Like her, his fame ultimately reached well outside France: Aznavour was named entertainer of the century in an online poll by CNN and Time magazine in 1999.

In a career that spanned 80 years, Aznavour sold more than 180 million records, according to his official biography.

He broke an arm last May but was set to start a new tour in November in France, starting in Paris.

BFMTV, the French news station, said he had just returned from a tour of Japan.

Aznavour was one of the Armenian diaspora's most recognized voices and vocal defenders, but he sang in numerous languages, particularly English. His reputation in the United States spanned generations.

In a 2013 interview Aznavour suggested he would sing until the age of 100. "We should leave room for others," he added.