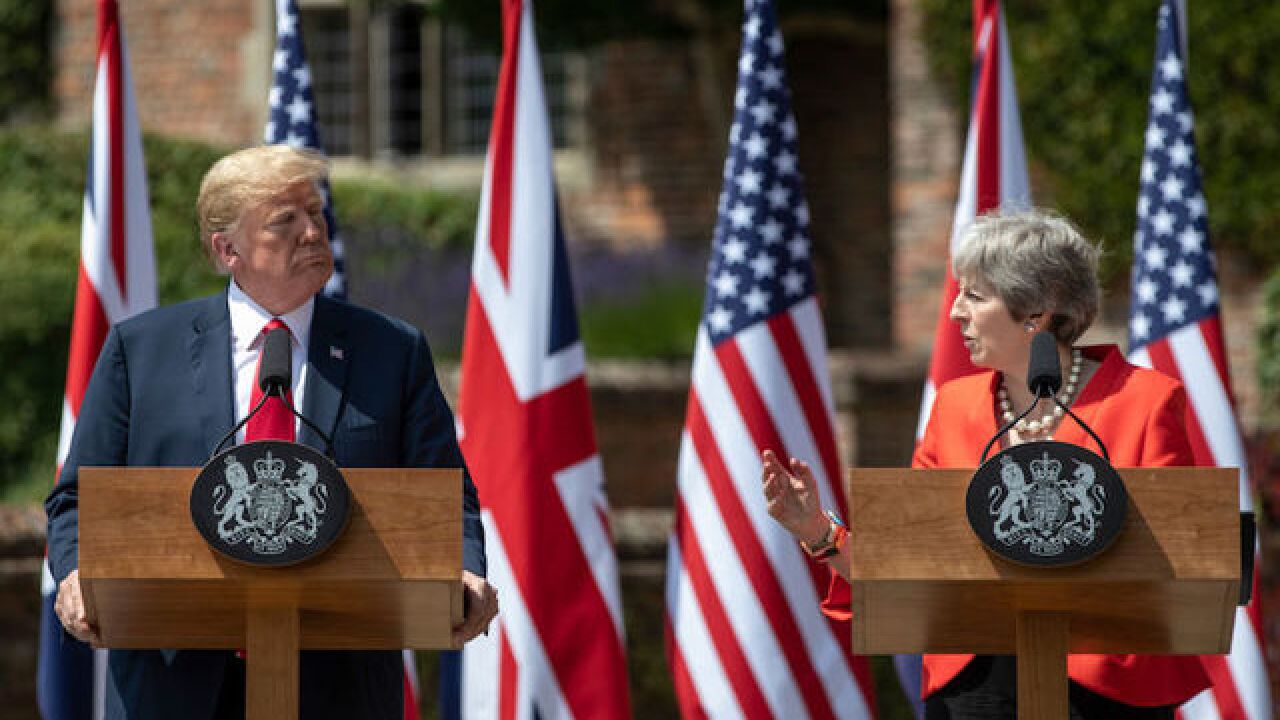 Image copyright 2018 Getty Images. All rights reserved. This material may not be published, broadcast, rewritten, or redistributed.
&lt;p&gt;Prime Minister Theresa May and U.S. President Donald Trump hold a joint press conference at Chequers on July 13, 2018 in Aylesbury, England. US President, Donald Trump, held bi-lateral talks with British Prime Minister, Theresa May at her grace-and-favour country residence, Chequers. Earlier British newspaper, The Sun, revealed criticisms of Theresa May and her Brexit policy made by President Trump in an exclusive interview. Later today The President and First Lady will join Her Majesty for tea at Windosr Castle. &lt;/p&gt;

UK Prime Minister Theresa May says President Donald Trump advised her to sue the European Union -- rather than go into negotiations with them.

May shared details of their meeting with the BBC's Andrew Marr on Sunday.

The US President said Friday during a joint news conference with May that he had given the Prime Minister a suggestion that she had found too "brutal."