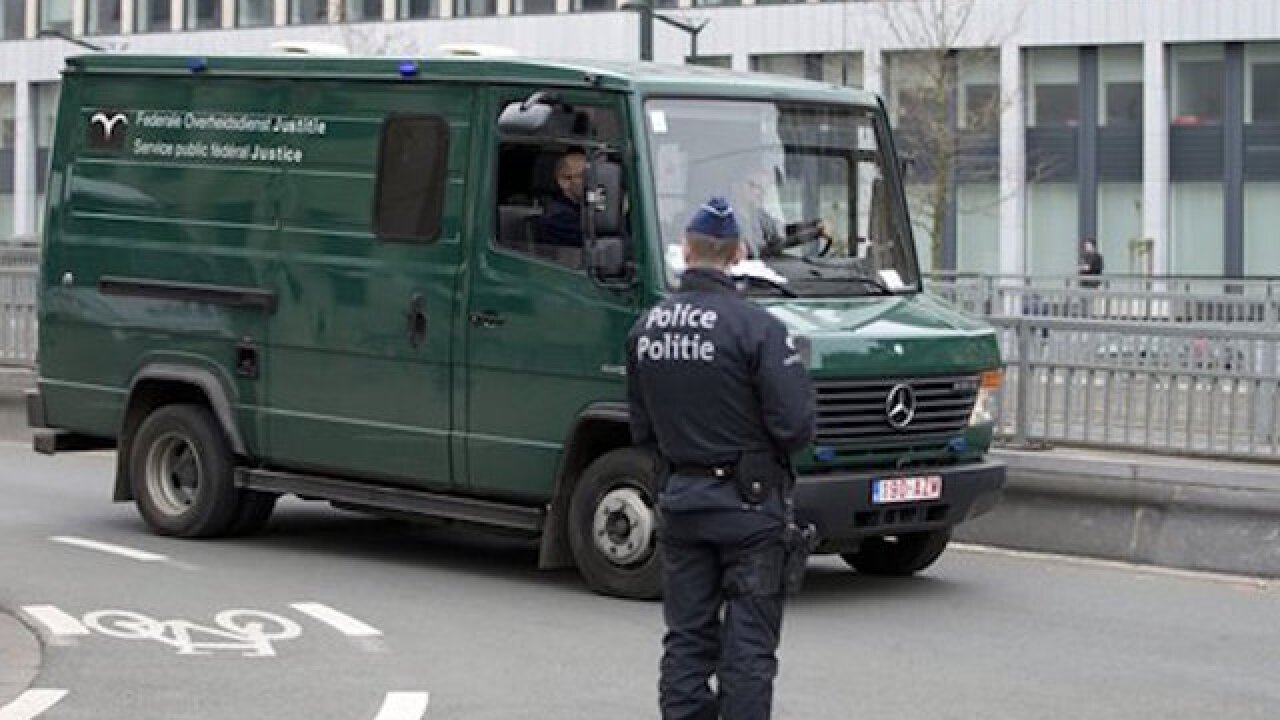 Copyright Associated Press
&lt;p&gt;A police officer stands guard as a convoy thought to be containing attacks suspects arrives outside the federal court building in Brussels on Thursday, April 14, 2016. Suspects from the Brussels and Paris attacks appeared in court Thursday for a court hearing to decide whether or not to extend their detention. (AP Photo/Virginia Mayo)&lt;/p&gt;

BRUSSELS (AP) — Belgium's transport minister has resigned after a secret European Union report detailing lapses in airport security oversight was leaked in the wake of the March 22 bombings at the Brussels airport and subway.

Prime Minister Charles Michel said Friday that, after talks with Transport Minister Jacqueline Galant, "the minister presented her resignation to the King and the King accepted it."

The confidential EU document from last year was made public by two Belgian opposition parties. It said the oversight of security measures at the nation's airports was flawed and cited serious deficiencies in the way safety checks are managed.

The revelations came after the attacks in Brussels killed 32 people, including 16 at the national airport. The Islamic State group has claimed responsibility for the attacks.

Galant had said she had not seen the EU report, but Michel said "a summary of this report was discussed and sent to the minister's cabinet in June 2015."

No immediate replacement was named for Galant but Michel said he would do so as soon as possible.

The suicide attacks in the peak morning travel period have shaken the Belgian government, police and judiciary.

The Belgian parliament has set up an inquiry to look into any shortcomings in the handling of the bombings. Belgium's interior and justice ministers volunteered to step down last month, but their resignations were rejected.

"The government will work in perfect cooperation with the commission of inquiry so that all transparency can be ensured and to draw lessons for the future," Michel said. "The security of all Belgians is a priority for this government."

The EU carries out around 35 safety inspections at European airports each year. The restricted report, dated April 28, 2015, details shortcomings in the supervision of security in the Brussels Airport section that travelers enter once they have cleared security checks and around the planes themselves.

The suicide bombers blew themselves up in the departure area of Belgium's main international airport, part of the facility that was not covered in the EU report.