As shock wears off from Hurricane Dorian, mental health concerns grow in Bahamas 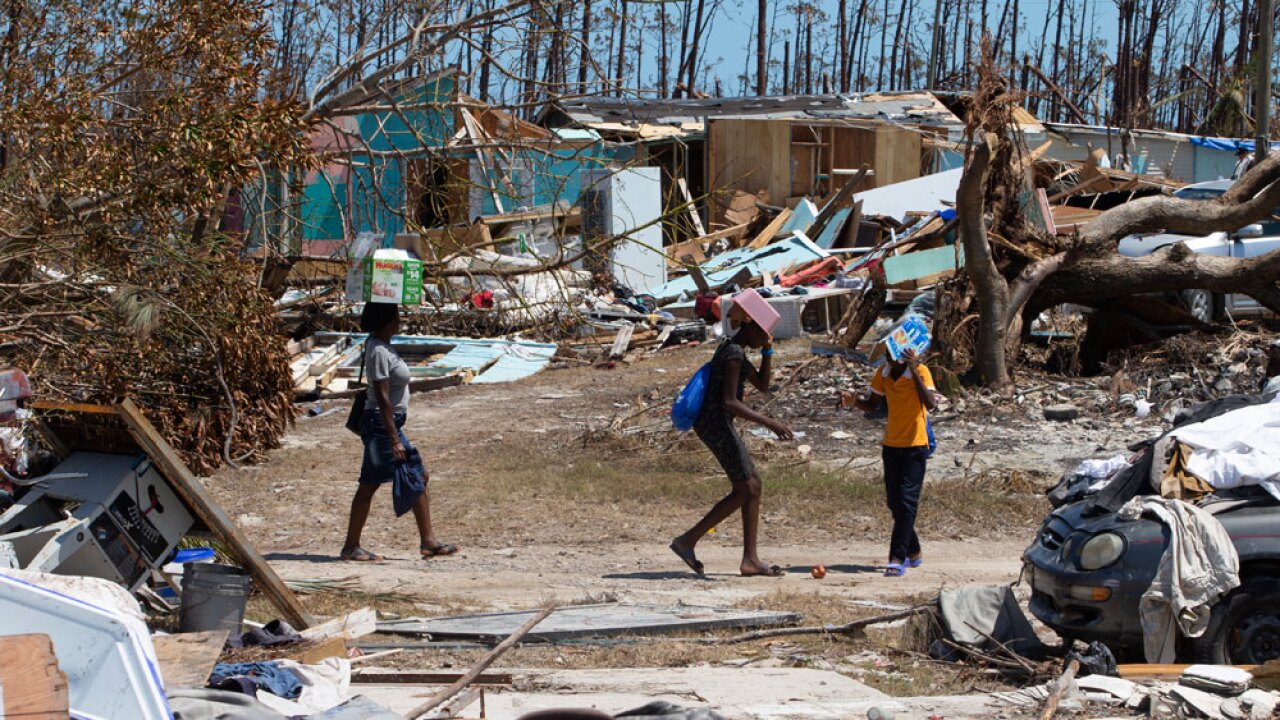 HIGH ROCK, Bahamas (AP) — One woman and her husband huddled on top of a bedroom dresser for two days, surrounded by floodwaters.

Another man sat in his wheelchair for nearly 48 hours in water up to his chest, alone in his home.

A third rescued a friend who sat in shock when part of a building where they sought shelter blew away.

Stories of survival are trickling out across northern Bahamas as the initial shock wears off from Hurricane Dorian, one of the strongest Atlantic hurricanes in history.

And the extent of the storm's terror lingers on in the minds of many.

Mental health counselors are now fanning out into communities to help those traumatized by the direct hit of the Category 5 storm that forced the evacuation of nearly 5,000 people and killed at least 50 others. Some 1,300 still missing in the hard-hit islands of Grand Bahama and Abaco, although the government has said many could be in shelters and with loved ones.

"I think some persons can't believe that it happened, and others are still processing it," said Pastor Robert Lockhart of Calvary Temple in Grand Bahama.

He offered his pulpit on Sunday to more than 200 people in attendance, offering to let congregants share their stories as part of an island-wide effort to prevent what officials warn could become a mental health crisis as people struggle to absorb the extent of the devastation.

Only six people spoke, but the crowd clapped and cried with them.

"They needed to have an outlet and share these emotions," Lockhart said. "People felt like they were going to die."

Among those who shared survival stories was 49-year-old Carlos Evans, who began to use a wheelchair after he was injured while working at an oil refinery. He recalled how he kept shining the light from his cellphone on the rising water as he tried not to panic. The water finally stopped surging when it reached his chest, and he waited alone for nearly two days until he was rescued.

"I wanted to encourage somebody else," he said of his decision to speak. "It's not just dem going through it, it's all of us."

Dorian hit the northern Bahamas on Sept. 1 with sustained winds of 185 mph (295 kph), unleashing flooding that reached up to 25 feet (8 meters) in some areas. It then remained nearly stationary for a day and a half, flattening homes, sweeping away children and adults and stripping people of their most treasured possessions, leading the U.N. Secretary General to call the storm a "Category Hell."

Members of the International Medical Corps planned to open a clinic on Monday in High Rock in eastern Grand Bahama — one of the hardest-hit communities — to help those who have physical injuries or are struggling emotionally.

But mental health specialist Eoin Ryan said it will take a couple of weeks or even months to determine the storm's psychological toll. He also said many are still seeking food, water and shelter and will deal with the emotional impact once they're out of shock.

Susan Mangicaro, senior adviser for the team's emergency response unit, said that reactions from survivors in the Bahamas are similar to those she saw in Haiti after the 2010 earthquake.

For now, some are still in a daze.

Eulese Cooper, a 46-year-old fisherwoman from Grand Bahama, was one of those processing her loss as she sifted aimlessly through her family's belongings in the fishing village of McLean's Town.

She had a gash on her head and said she was recovering from a concussion after a truck she was riding in hit a fallen wire that snapped on her head.

The doctors advised her to rest, but she could not.

"When I'm sleeping, I have nightmares," she said.