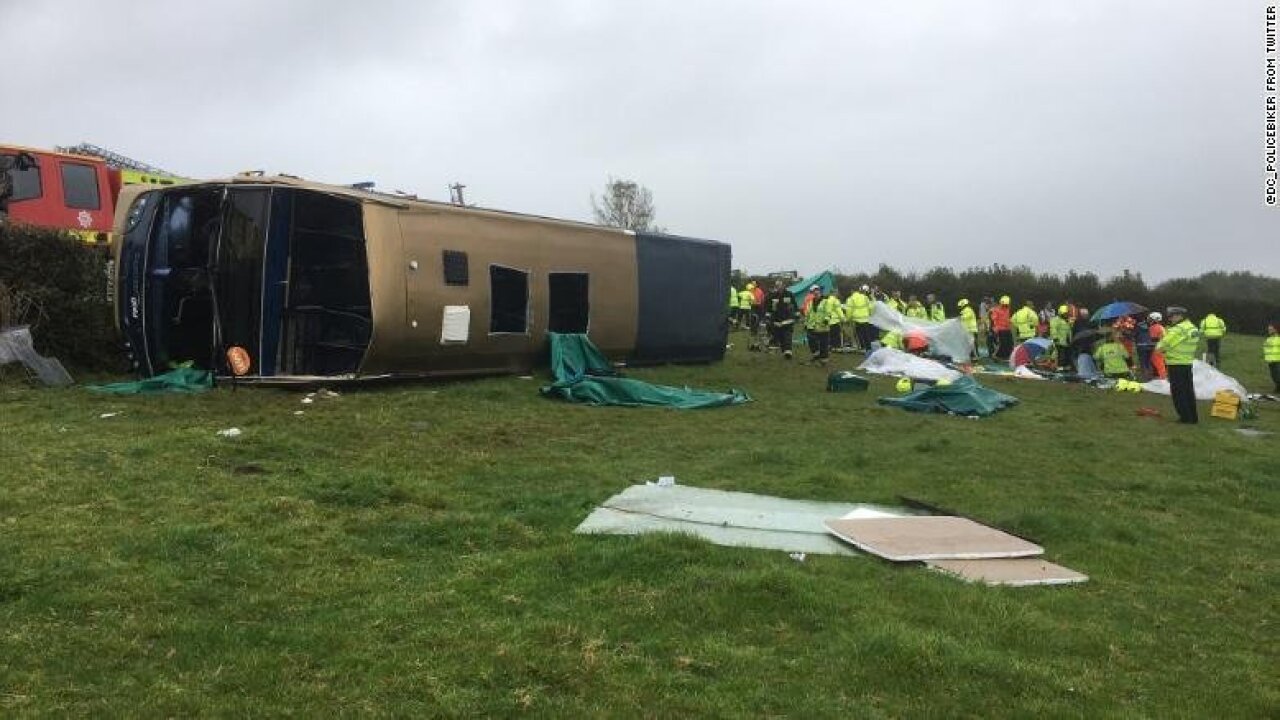 (CNN) -- Thirty-seven people were injured Saturday when a double-decker bus overturned in Devon in southern England.

The injured were being treated at local hospitals, officials said.

The bus driver was cooperating and has not been charged, police said.

The South Western Ambulance Service declared the crash a "major incident" and sent several ambulances, patient transport vehicles, and an air ambulance to the scene.