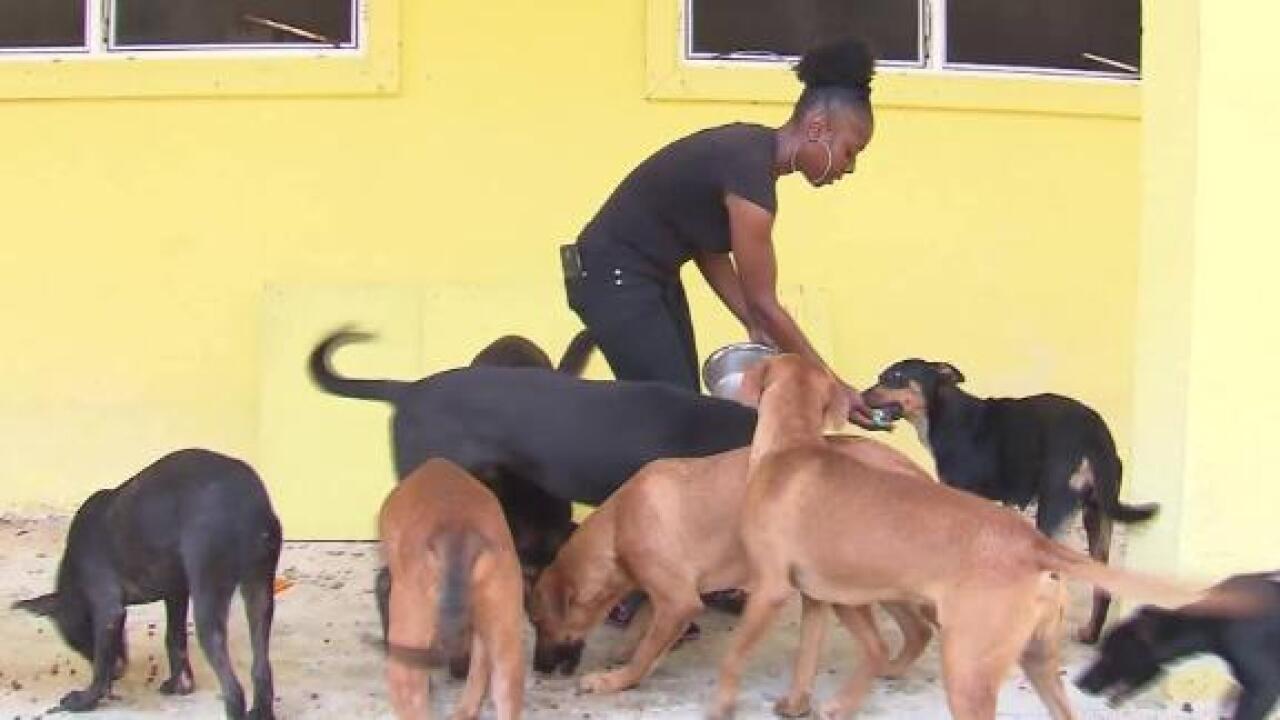 A massive storm surge in the Bahamas killed about 220 dogs and 50 cats in an animal shelter during Hurricane Dorian, according to staffers at the shelter.

Felicia Telfort, the shelter supervisor at the Humane Society of Grand Bahama, says she and five co-workers did everything possible to save the animals. They were looking after 300 dogs and about 100 cats when the storm hit.

Elizabeth Burrows, executive director of the humane society, said they thought the building was safe. It was built in 2008 with an elevated foundation, specifically to avoid the danger of flooding. Since recent storms didn't flood the shelter, Burrows thought they could survive Dorian.

But the slow-moving Category-5 hurricane hovered over the islands and delivered an unexpected amount of rainfall. A massive storm surge washed over the island and water invaded the interior of the animal shelter.

The staff desperately tried to save the dogs by elevating their crates, even as water rose up to their chests, Telfort said. Cell phone video shows a vehicle outside almost entirely submerged in the flood, and water inside the building.

But eventually the water rose so high the shelter staff had to save themselves. Telfort said they were in the middle of rearranging the cages and had no time to do anything to move to safety.

The staff climbed into the attic through a small hole in the ceiling, Telfort said. With no stairs or ladders, they had to pull each other up.

There was no way to bring the animals. The staff stayed in the attic as the storm raged, listening to the crying and howling of the kenneled dogs.

Then the howling and crying stopped. The silence meant more than 220 dogs and 50 cats had died in the flooding, according to Telfort and Burrows. The shelter staff survived.

Most of the animals were waiting to be adopted, but a few had been left behind by families that fled the island or went to shelters that don't allow pets.

Though she couldn't have predicted the depth of the flood waters, Burrows said she feels responsible -- and "devastated."

"My heart is broken for the sheltered animals that we lost," she said. "I feel so bad for the people who entrusted their animals to us and ultimately we couldn't protect them."

After the storm receded, a few more dogs died, leaving 75 dogs and 50 cats surviving, they said. The shelter is caring for the surviving animals, but the flood destroyed all of the shelter's medical supplies, food and vehicles.