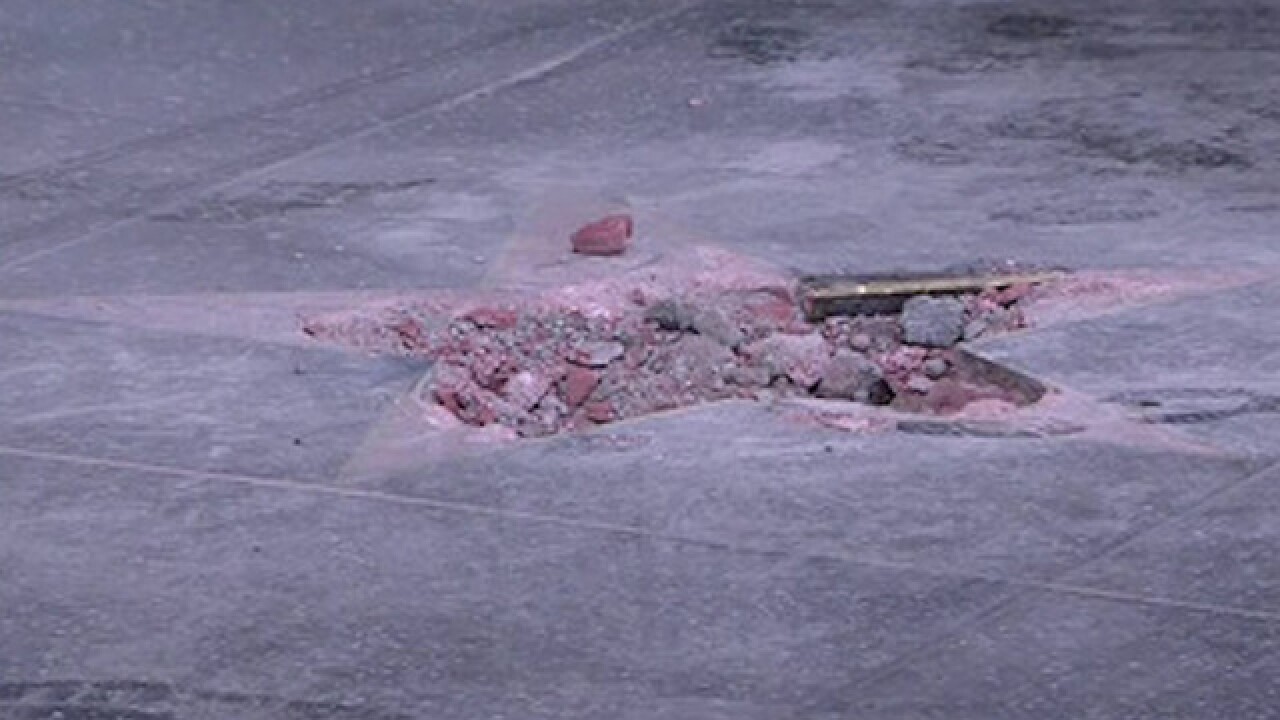 President Trump's star on the Hollywood Walk of Fame was destroyed overnight with a pickax.

Photo from KNBC in Los Angeles shows Trump's monument in crumbles with a pickax laying at the scene.

It's at least the second time Trump's star has been destroyed. Vandals destroyed the star with a pickax and sledgehammer in October 2016.

In February 2016, when Trump was still a candidate for the GOP nomination for president, his star was spray painted with a swastika. In June of that year, another vandal painted the universal sign for "mute" on the star.

In July of 2016, vandals built a "wall" around the star, a commentary on the then-candidate's proposed wall on the Mexican/American border.

In June of 2017, stickers urging "resistance" to racism, corruption, xenophobia, transphobia and other issues were added to the star.