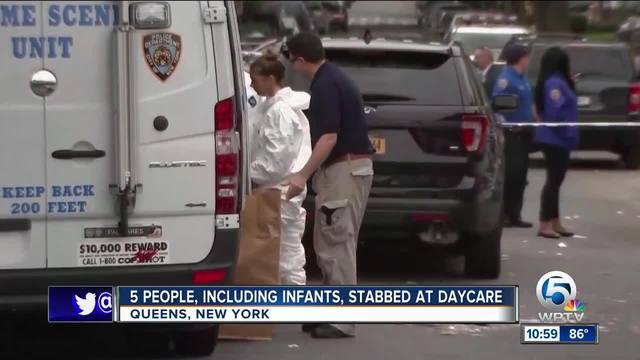 Police say three infants and two adults were stabbed at an overnight day care center in New York City. All are in critical but stable condition. 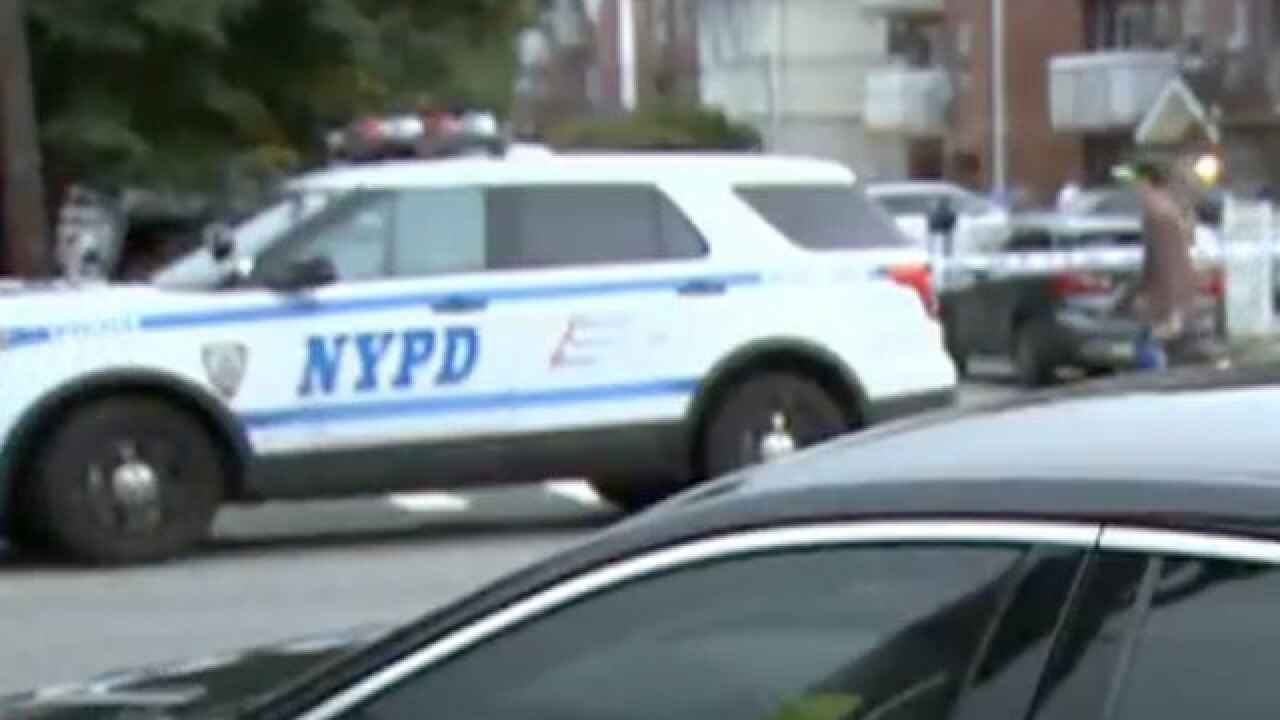 Five people, including three infants, were stabbed early Friday at an in-home day care center in New York by an employee who then tried to kill herself, police said.

The victims -- two little girls and a boy, plus two adults -- were in stable condition Friday at local hospitals, New York police said.

The father of one injured child and a woman who works at the Queens day care were among those attacked, according to police. He was stabbed in the leg.

The suspect, a 52-year-old woman employed at the in-home center, was taken to a hospital after cutting her wrist, police said.

It was not immediately clear whether the day care was licensed, police said. It is located in ared brick, two-family house on a tree-lined street in the Flushing area.