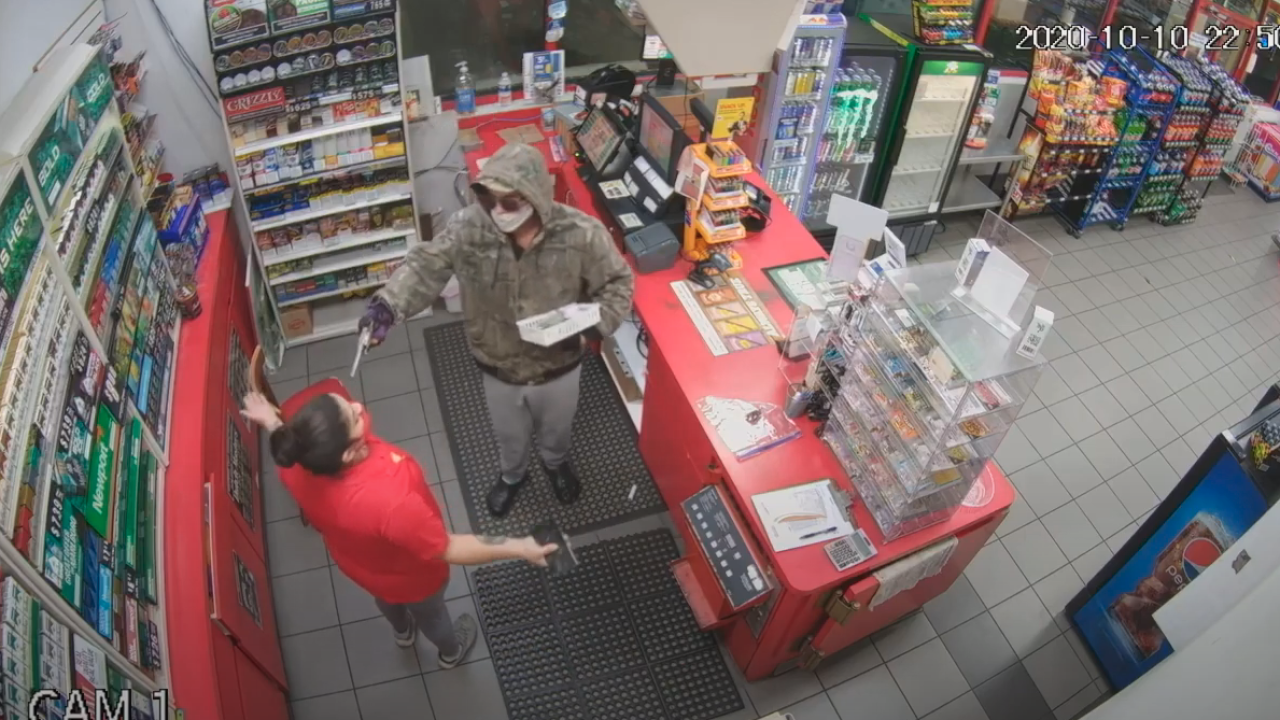 Hillsborough County Sheriff's Office
A gunman holds a pistol in the face of a Shell gas station clerk in Valrico during a robbery.

VALRICO, Fla. — A brave clerk at a Florida gas station had a parting message for a gunman who fired a shot during a robbery: "You won't go too far."

The armed robbery occurred shortly before 11 p.m. Saturday at a Shell gas station in Valrico, west of Tampa.

Surveillance video shows the gunman enter the store and order the clerk to open the cash register. But the clerk tells him she can't open it unless he buys something.

"Open it now," he tells her, pointing the gun at her face.

The gunman then fires a warning shot.

But the clerk remains steadfast that she can't open the register without a purchase, so she scans a lighter for sale on the counter to finally get it open while the gunman continues to scream at her.

Eventually, the register opens and the gunman scoops up as much cash as he can.

"You have a good day," he tells her as he leaves the store.

That's when she lets him know he'll get what's coming to him.

The Hillsborough County Sheriff's Office is still searching for the man.