Yoga studio shooting hero to get $30,000 for law school 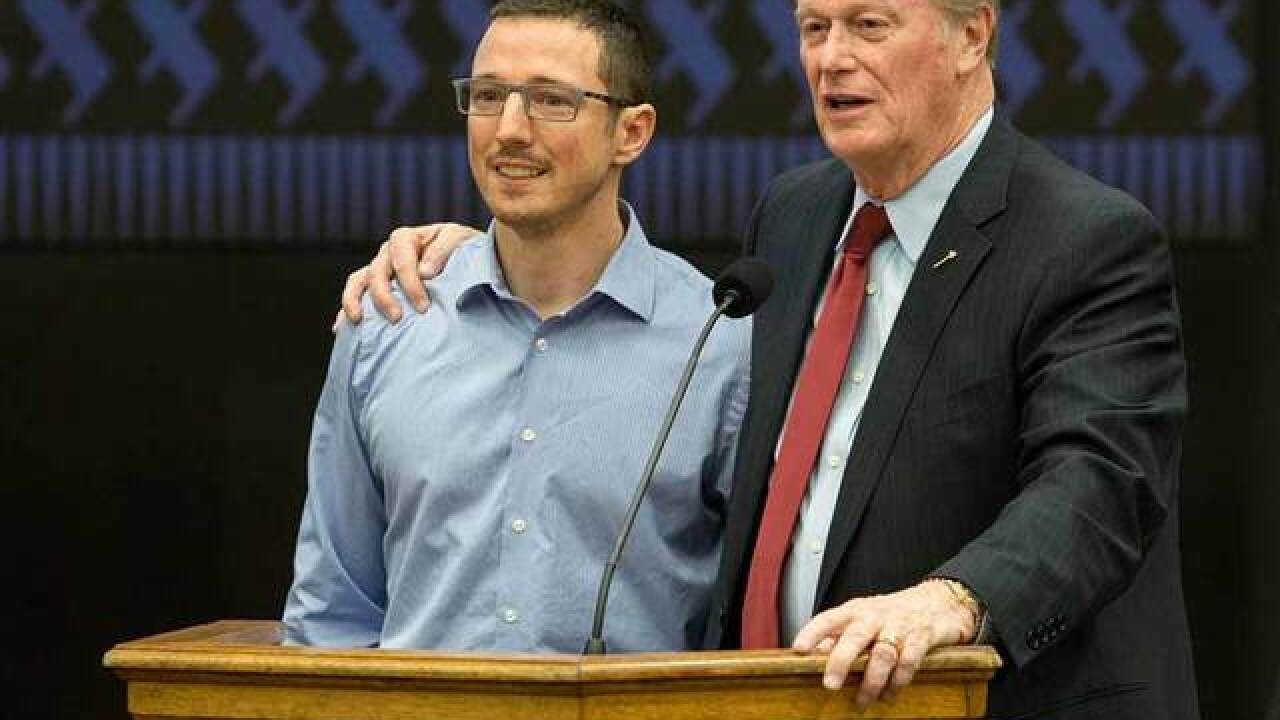 TALLAHASSEE, Fla. (AP) — Florida State University's president and board of trustees have committed $30,000 of their personal money to help cover law school costs for a man credited with confronting a shooter at a Tallahassee yoga studio and giving others time to escape.

The Tallahassee Democrat reports FSU President John Thrasher and the board made the commitment Friday.

Joshua Quick is a second-year law student at Florida State. He has been called a hero for struggling with 40-year-old Scott Beierle, who opened fire Nov. 2 at the Hot Yoga studio. Quick has said he grabbed Beierle's gun after it jammed, and hit him.

Two people were killed, and five others were injured. Other students at the studio have said Quick's actions prevented Beierle from shooting more people. Beierle killed himself before authorities arrived.

It was my honor to recognize FSU law student Joshua Quick at the Board of Trustees meeting. In the face of unspeakable tragedy, Josh risked his own life and undoubtedly saved others. He is a true hero, and we’re proud to call him one of our own. pic.twitter.com/uaqKgzO1N0