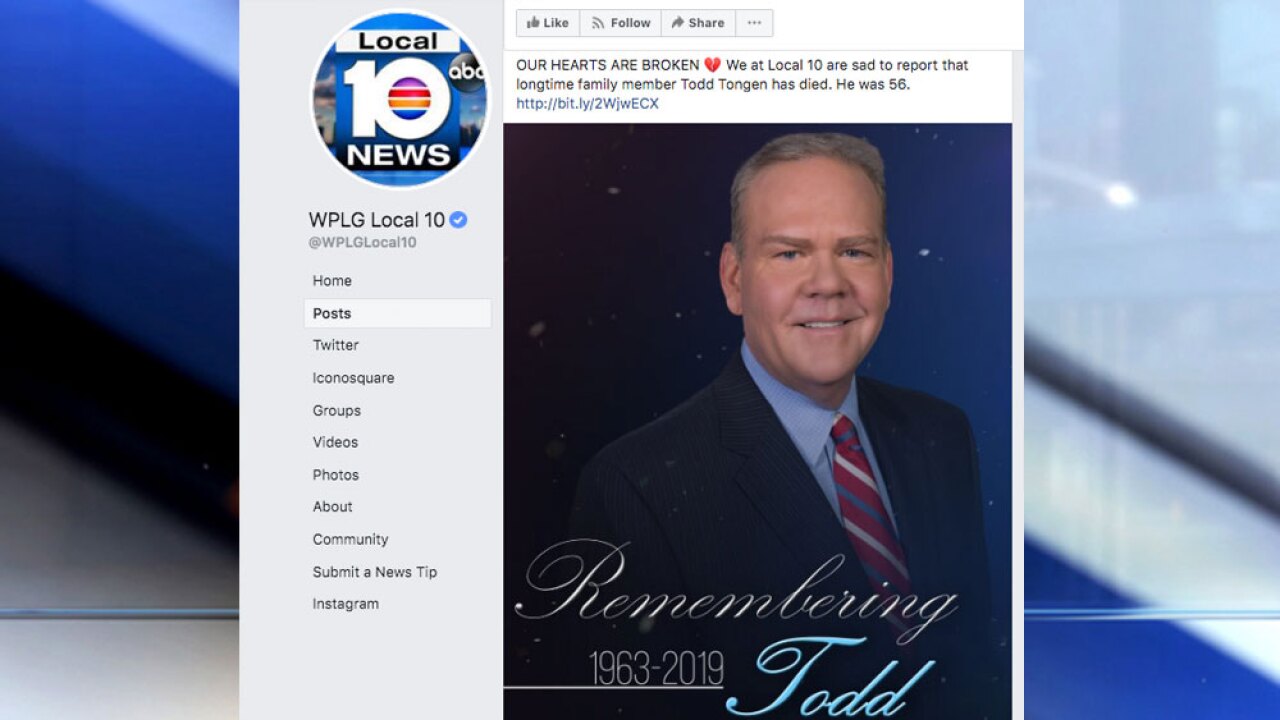 The ABC affiliate says Todd Tongen was found dead by police after his wife was unable to reach him while out of town. The station says the cause of death wasn't immediately known.

Tongen worked at the news station for nearly three decades.

One of his most popular segments was "10 Taxi," in which Tongen drove guests such as comedian Joan Rivers and actor Vin Diesel in a 1967 Checker cab.

Viewers also watched Tongen train with the Miami Dolphins and fly with the Air Force Thunderbirds.

Tongen began his broadcasting career in 1983 as a radio disc jockey in his native Minnesota.

He is survived by his wife, Karen, and his two sons, Tyler and Ryker.