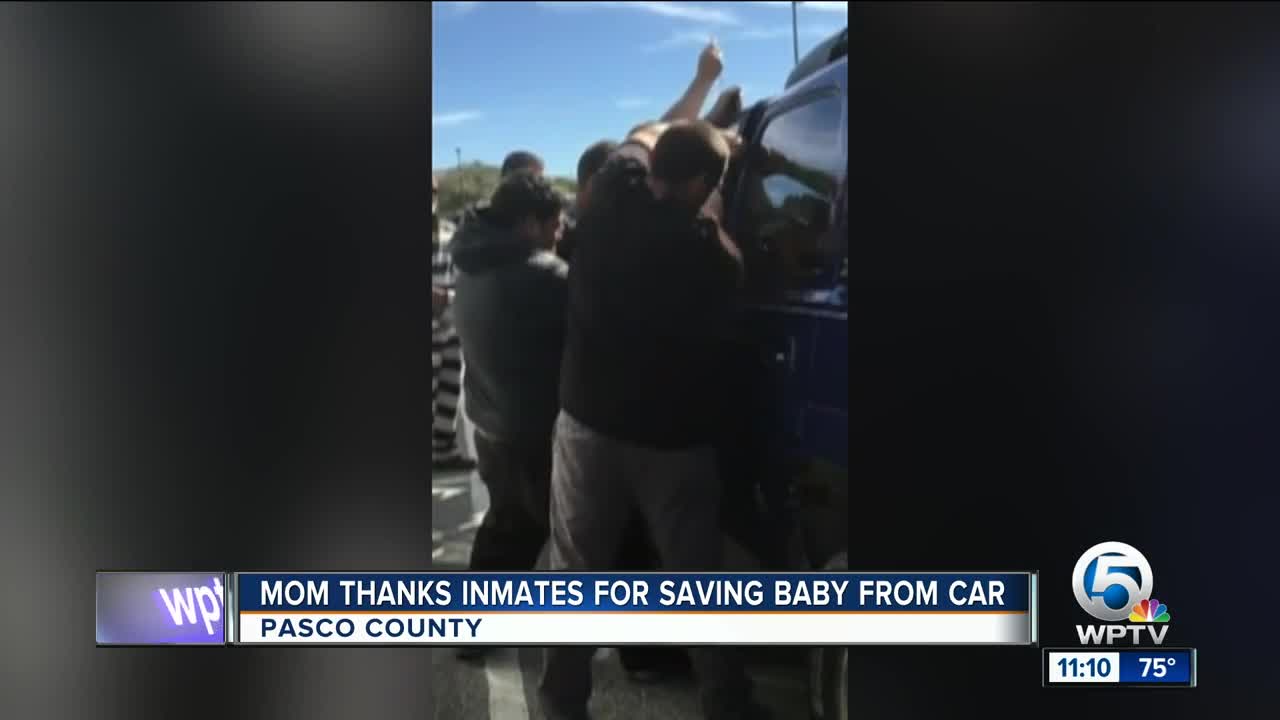 An inmate in central Florida used his criminal skills for a good cause. 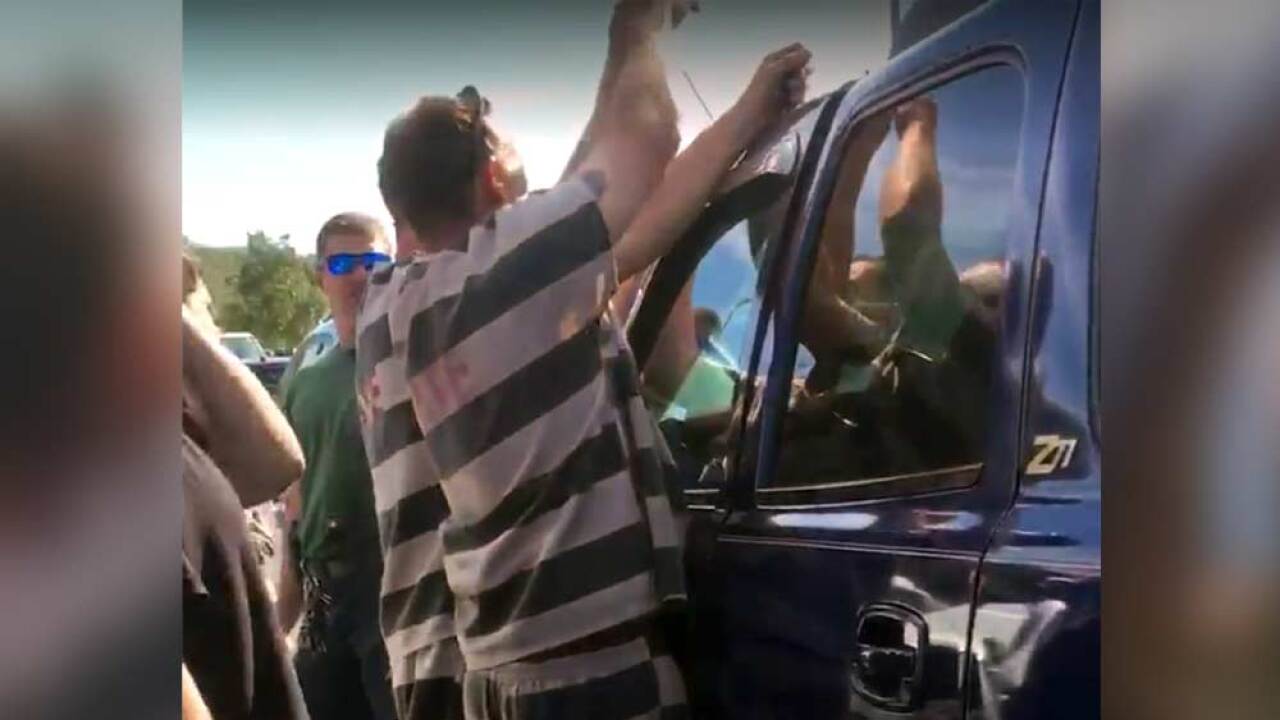 (CNN) -- An inmate in central Florida used his criminal skills for a good cause.

He and a group of four other low-level offenders in Pasco County, near Tampa, broke into an SUV on Thursday to rescue a 1-year-old girl who was accidentally locked in.

The mother of the child, Shadow Lantry, recorded the rescue operation and posted it on Facebook. The video has garnered more than 4,000 views, and shows the inmates in their prison garb using a clothes hanger to jimmy the lock of the Chevy Tahoe.

The mother told CNN affiliate WFTS-TV the incident began when the child's father strapped the girl into a car seat in the back of the SUV and tossed the keys to the front seat. When he closed the back door, he realized the Tahoe was locked.

The inmates were repairing medians nearby when they and deputies rushed to help. Lantry said in her Facebook video the entire operation took about five minutes and the baby was not hurt.

"Thank God for the criminals in the world. I respect all y'all," Lantry says in the video.

Pasco County Sheriff Chris Nocco told WFTS it was a unique situation, allowing an inmate to use his skill set to break into a car for the right reasons.

"There's only a very small percentage of those criminals out there that want to fight us and want to attack us, but a lot of them, like these individuals, they know they made bad mistakes, bad choices, but they want to do the right thing in life," Nocco said.