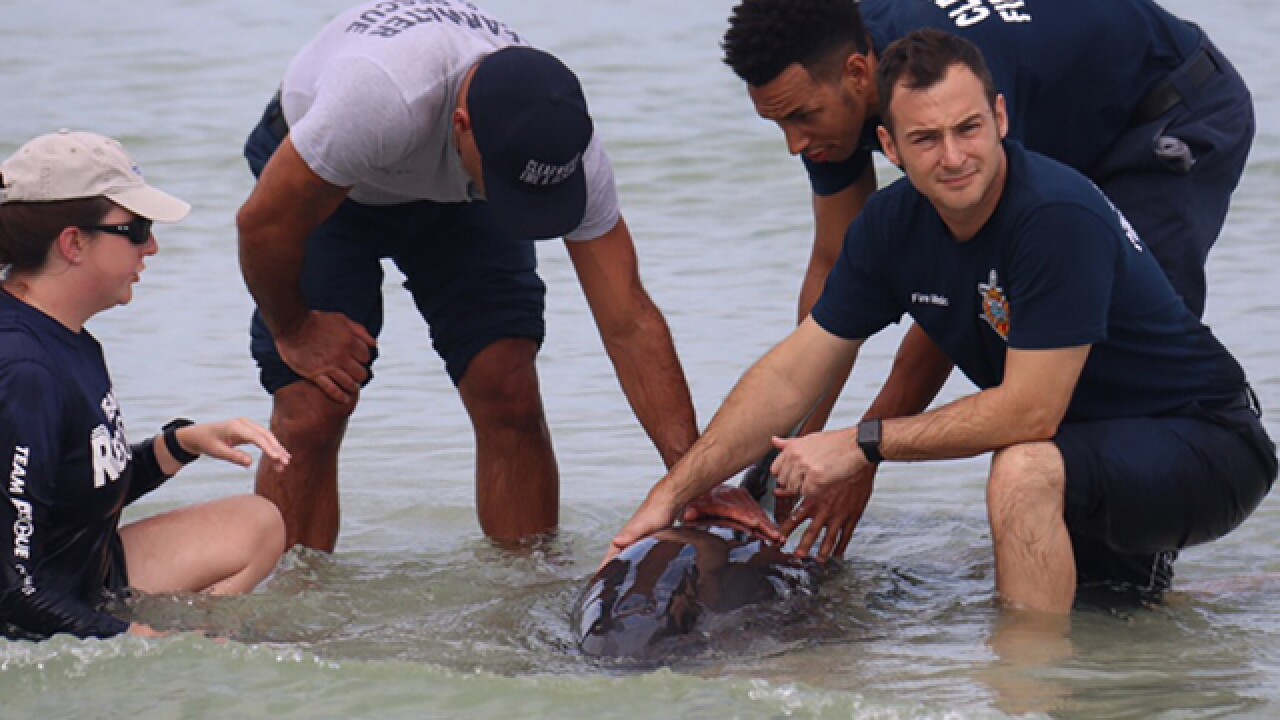 Mote Marine Laboratory spokeswoman Stephannie Kettle says the whales are receiving 24-hour critical care at Mote's Sarasota facility, but veterinarians weren't immediately sure what was wrong with them.

With scores of beachgoers watching Wednesday morning, teams from Clearwater Marine Aquarium and Clearwater Fire & Rescue Department used large blue bags to move the whales from the water off Sand Key to a large truck, which transported them to Mote.

Pygmy killer whales look much like dolphins and typically thrive in deeper water.

Red tide, which is a naturally-occurring algae that poisons fish, has been blamed for killing marine life, including turtles, dolphins and manatees. But officials say only low levels of red tide have been detected in the waters off Clearwater.

This story has been corrected to identify the species as pygmy killer whales.