Watch as the eagles wait for their egg to hatch 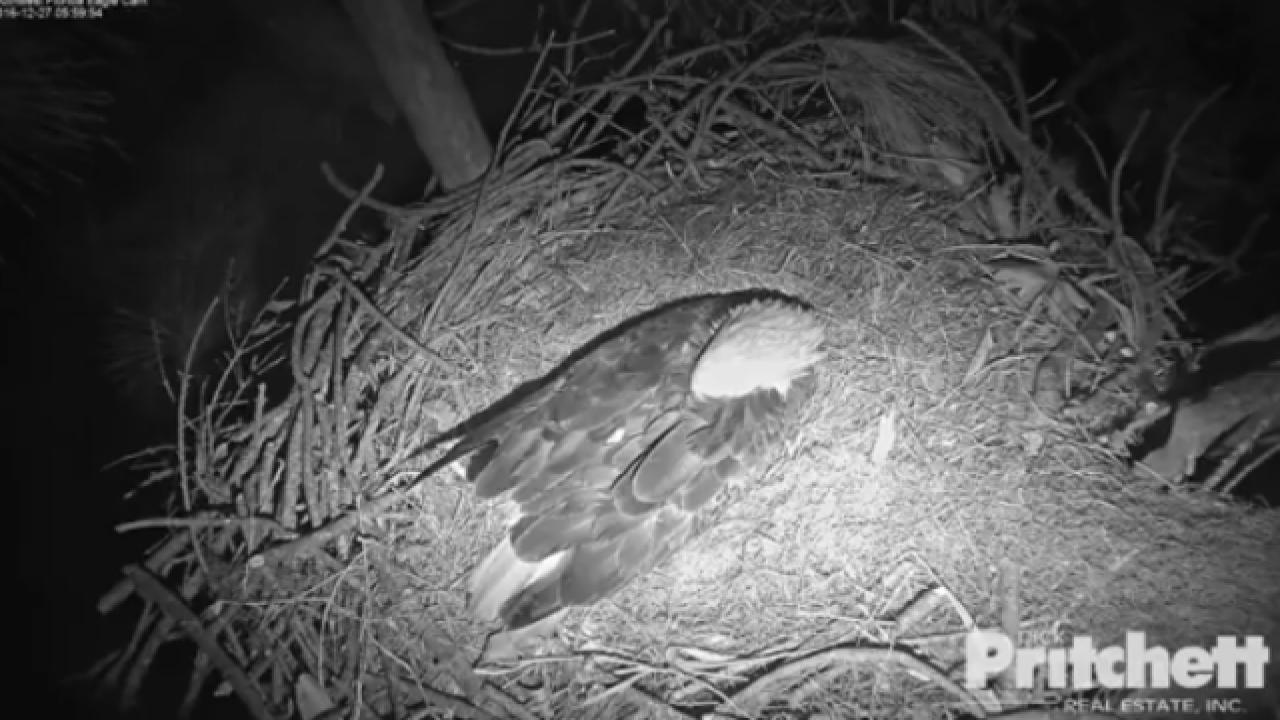 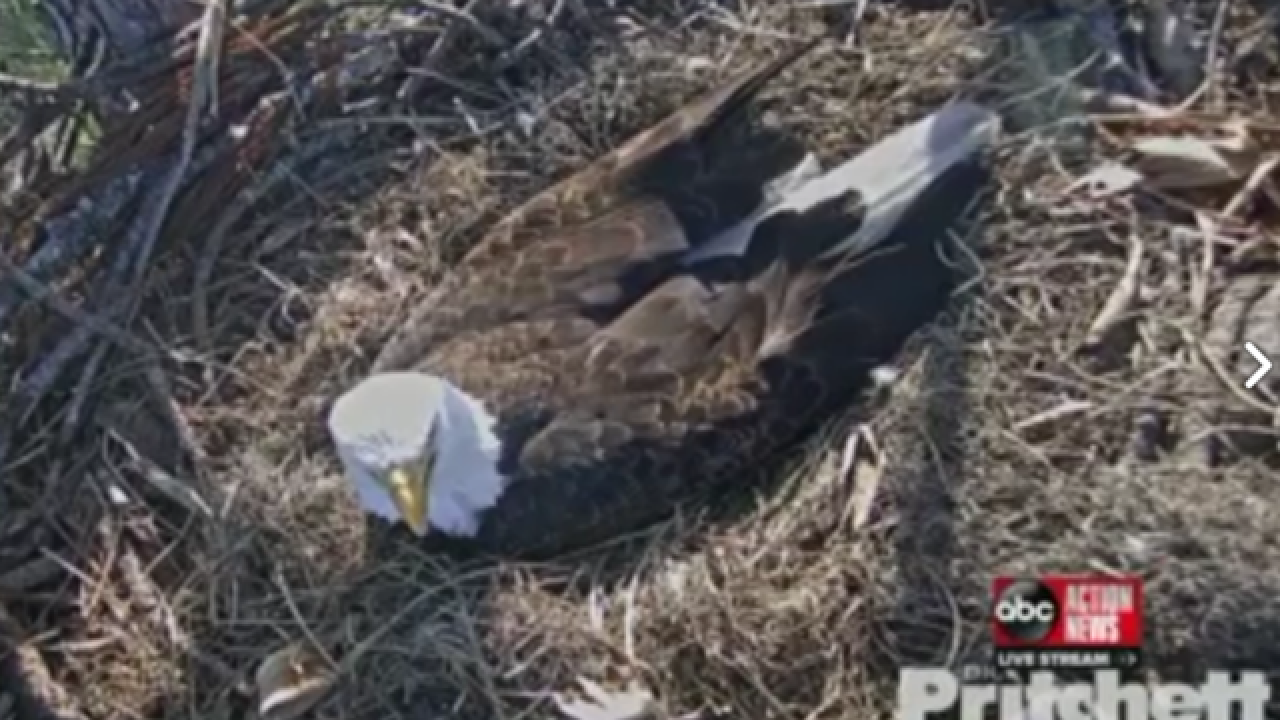 The fuzzball popped out of its shell shortly before 7:30 a.m. Saturday. It will be called E9.

There is no sign the second egg has not cracked, so far.

ORIGINAL STORY -- All eyes are on an eagle nest in North Fort Myers as American Bald Eagle Harriet and her mate M15, await the arrival of their two eaglets.

The eagle cam was launched in October 2012 and more than 16 million viewers watched Eagles Harriet and Ozzie raise their two eaglets.

Ozzie and Harriet continued to expand their family in the Fall each year and the video camera was there to capture it all. In March 2015, Ozzie was found by the FWC and taken to a clinic for rehabilitation after he showed signs of disorientation and injury. He was treated for 97 days and released back into the wild near the nest.

Ozzie was seen near the nest on Sept. 19, 2015 and on Sept. 27 he got into a fight with another male eagle in the area. Ozzie was injured and passed away two days later.

That's when M15 came into the picture. Harriett and M15 (male 2015) bonded in October 2015 and Harriett laid two eggs which successfully hatched.

Dick Pritchett Real Estate provides this live look at the Southwest Florida nest from three cameras near the nest.

From Dick Pritchett Real Esate: "Eagles are wild birds and anything can happen in the wild. The Southwest Florida Eagle Camera (SWFEC) does not interfere or intervene and allows nature to take its course. You will see life and you might see death, but this is nature at her finest."