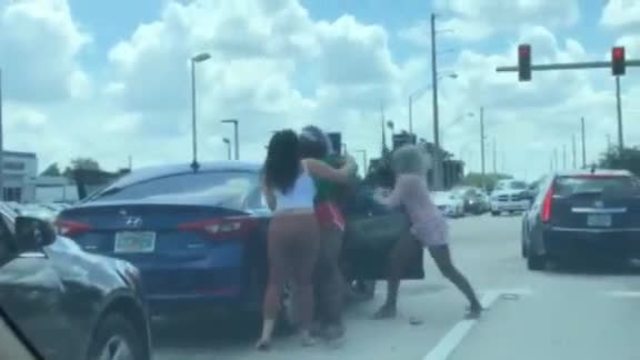 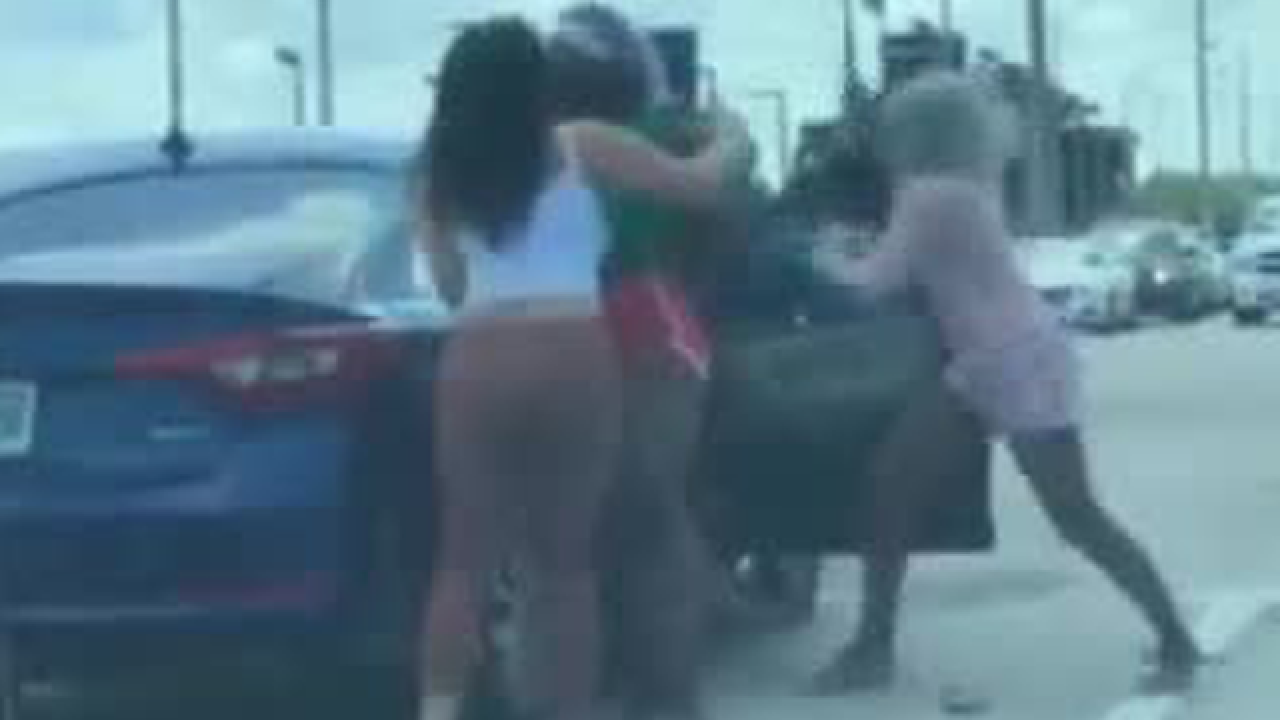 BRADENTON, Fla.-- Manatee County deputies learned about a road rage incident when another driver who was not involved posted a video on Facebook.

Deputies identify Willie Edwards walking up to the passenger side of a Hyundai to beat on Erica James.  His weapon of choice; a long-handled stick with a blunt end.

Soon it's totally on with all four throwing punches kicking and rolling to the road.

Deputies believe an ongoing dispute led up to the mid-road melee.