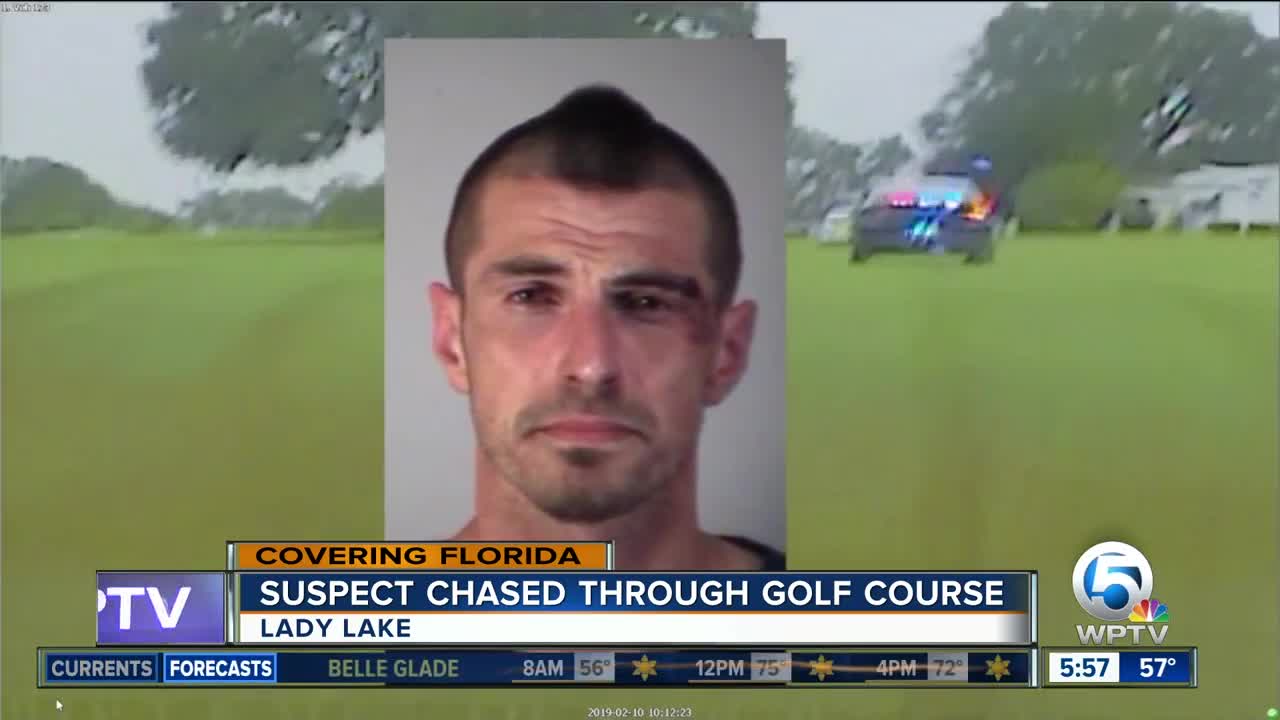 A man is behind bars, facing a slew of charges after he led police on a high-speed pursuit, that crossed The Villages neighborhoods, a golf course, and ended in a crash and foot chase. 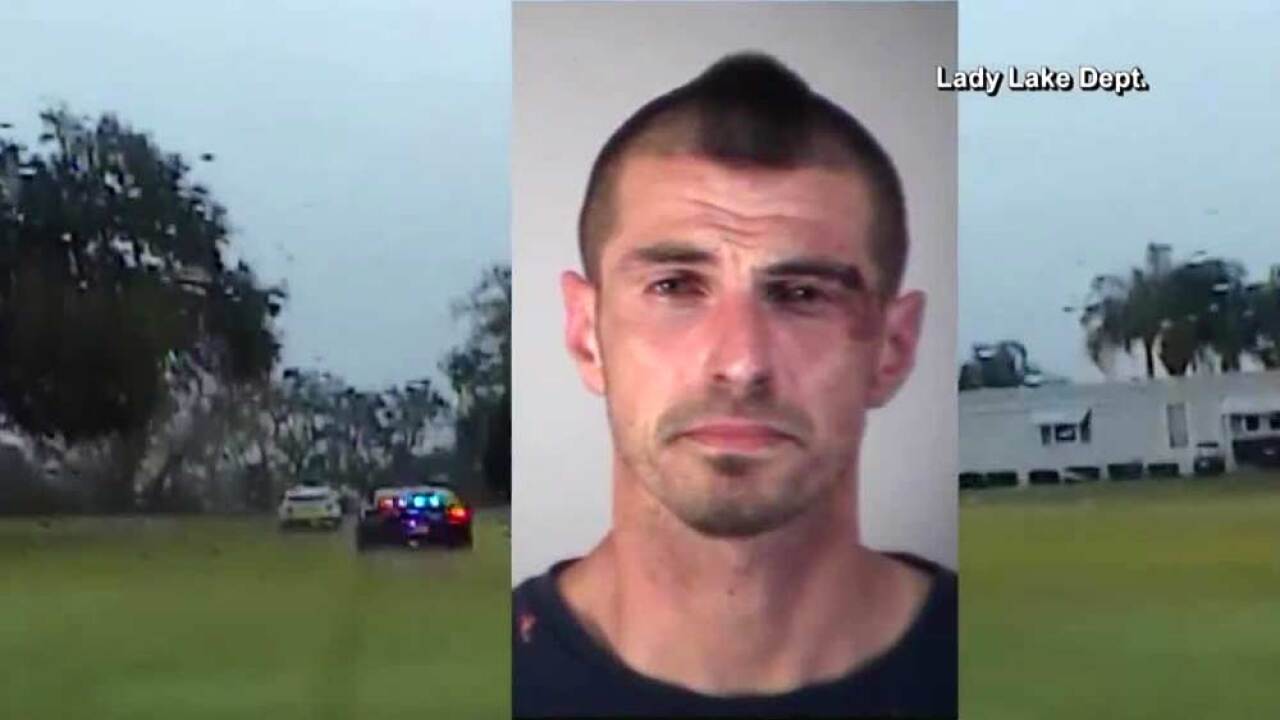 LADY LAKE, Fla. — (NBC) - A Georgia man was arrested after leading police on a high-speed chase across a Central Florida golf course.

It all began Sunday morning when police in Lake County were called to assist paramedics, who were treating 29-year-old Jesse Charles Webb.

As police arrived, Webb jumped into a community watch vehicle and sped off.

Police dashcam video from the Lady Lake Police Department shows the stolen vehicle rolling over hills, putting greens, fairways and tee boxes and nearly running over several golfers who had to move out of the way.

WATCH VIDEO OF THE CHASE BELOW:

The suspect vehicle drove off the course at one point, onto local streets, then back onto the course as officers tried to deploy stop sticks.

Webb eventually crashed the vehicle and took off on foot. Two officers were able to chase him down and arrest him.

Webb is charged with fleeing and eluding police, motor vehicle theft and possession of ammunition by a convicted felon.

The manager of the golf course said Webb caused about $7,000 in damages to the course.