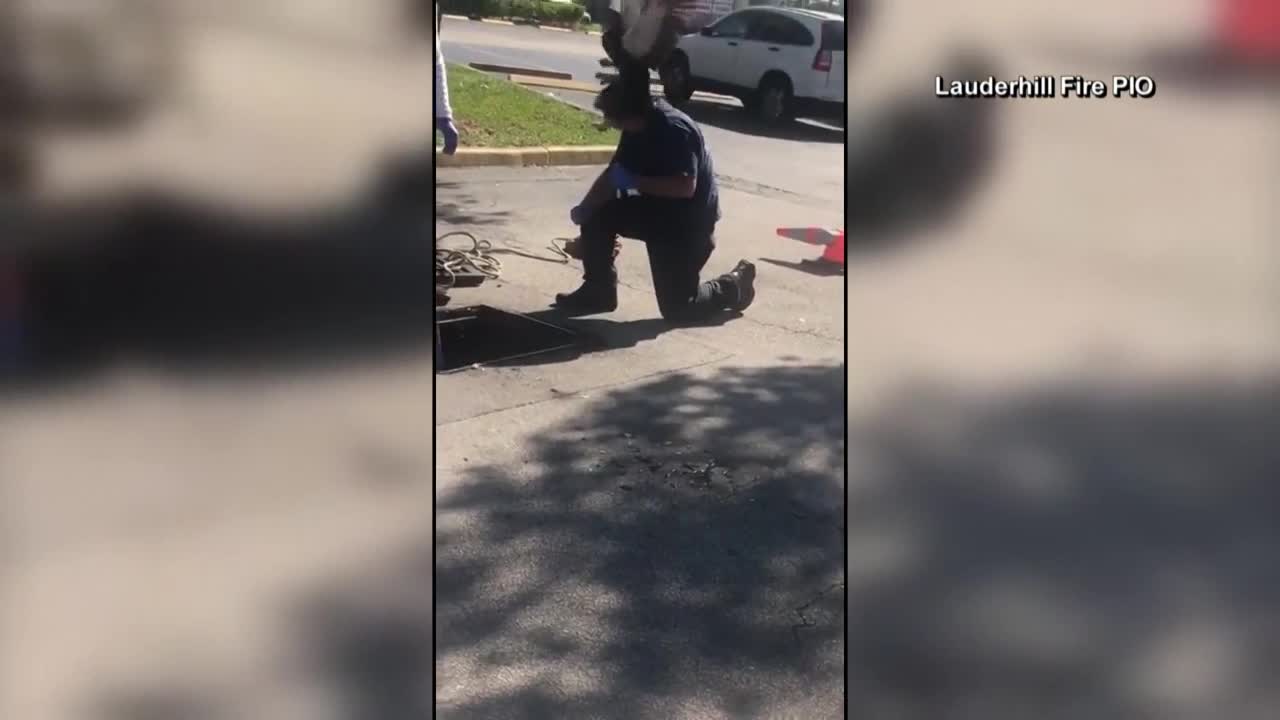 Lauderill Fire Rescue was called out Tuesday to rescue four baby ducks from a drain -- but a mother duck was not happy about it.

Lauderhill Fire Rescue was called out Tuesday to rescue four baby ducks from a drain.

Even though the firefighters were helping the ducklings, the mama duck was not happy her babies were being touched.

Video shows the mamma duck fly in and attack one of the firefighters.

After being hit in the head by the mother duck and having his glasses knocked off his face, the firefighter put the duckling down so it could scurry away safely with its mom.

All four baby ducks were rescued from the drain, and the firefighter who was attacked was not injured.

Lauderhill Fire Rescue posted video of the rescue and attack on social media saying it shows "another reason why firefighting is a risky job."