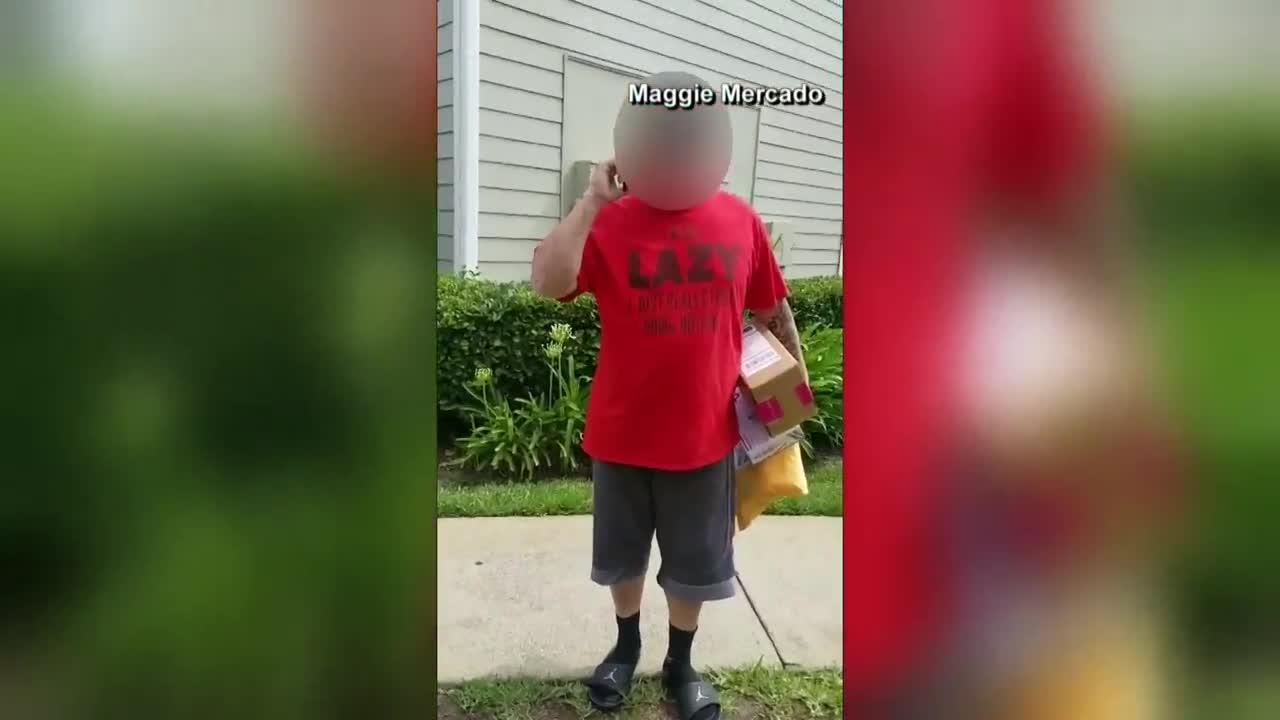 A Central Florida woman was tired of packages disappearing from the porch of her apartment.

KISSIMMEE, Fla. — (WESH/NBC) - A Central Florida woman was tired of packages disappearing from the porch of her apartment.

So, when she saw a man she suspected was the porch pirate, she confronted him and caught it all on cellphone video.

Maggie Mercado of Kissimmee, Florida, said she had more than $200 worth of items stolen from her porch.

Then, last Thursday as she was dropping her children off from school, she saw packages at several front doors in her apartment complex.

When she turned around to go back out, she saw that the packages were gone, and she noticed a man, wearing a shirt that said "Lazy", walking with them.

She ran to confront him with her cellphone video recording.

"Do you live here? Because I got you on video stealing packages. So, this is being recorded, and police are on the way because I've caught you,” Mercado said to the thief in the video. "Put them down, put them down right now. Go because what you did is wrong."

The man ended up putting the packages down, which she said belonged to three different people, and walked away.

There's now a bulletin circulating around the complex in an effort to find out his identity.

After the confrontation, Mercado said she doesn't think the porch pirate will be back.