VIDEO: Man rescues South Florida driver from burning truck on I-95 in Miami 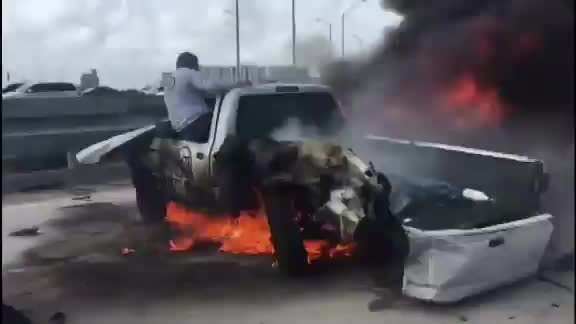 A man in Miami says he doesn't want to be called a hero after running into a fire and saving a driver from a burning pickup truck on Interstate 95 near the Dolphin Expressway. 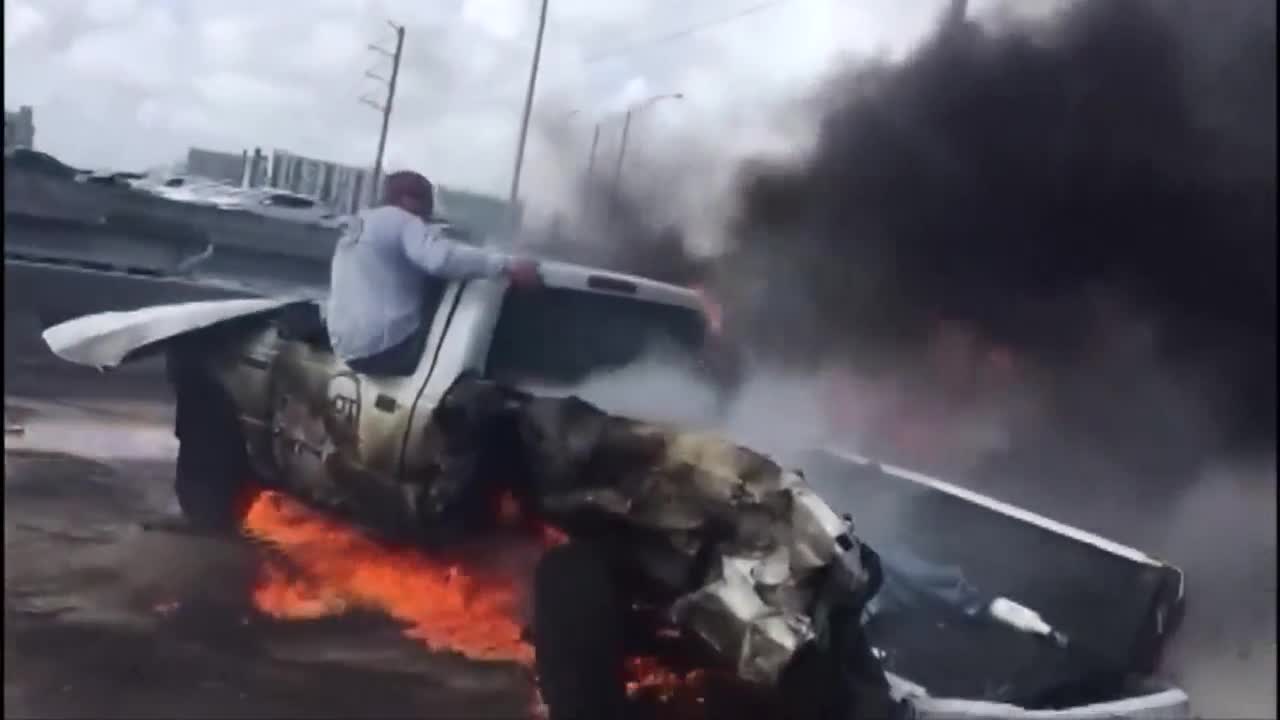 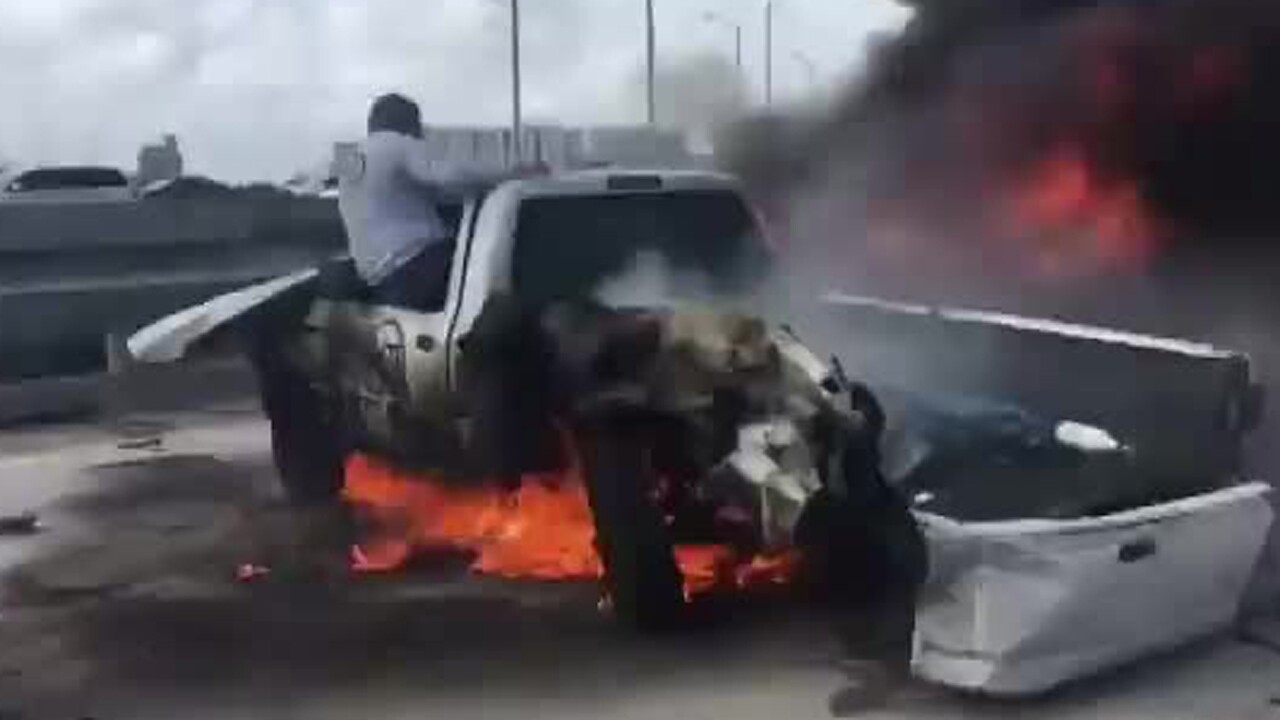 MIAMI (WSVN/CNN) - Cellphone video record the moment a good Samaritan saved the driver of a truck that burst into flames after it crashed into another vehicle in the northbound lanes of Interstate 95 in Miami.

The incident occurred on the interstate approaching the State Road 836 on-ramp around 2 p.m. Wednesday.

Jim Angulo said he was on his way to work when he saw the truck and an SUV engulfed in flames, but he said he did not know a man was trapped inside one of the vehicles.

“The guy was in complete shock,” he said. “It was just, 'Get the guy out.' That’s all that mattered really, you know?”

At first, Angulo could be heard on video screaming for the driver to get out of the truck. When that did not work, Angulo ran toward the burning truck.

While standing inches from the fire, Angulo and another man pulled the man out from the truck and brought him to safety.

Paramedics transported the driver of the pool supplies truck to the hospital to be treated for his injuries, but his condition remains unknown. A second victim was treated on the scene.

“His leg was all burned,” Angulo said. “His hands were all burned. You can tell it was blisters. He was burnt up pretty good.”

Miami Fire Rescue responded to the vehicle fire and temporarily shut down all northbound lanes.

Traffic was backed up for several hours, but all northbound lanes have since reopened.

Angulo said he is not a hero but instead just a guy who saw someone in need and did what he was called to do.

“If I were in that same situation, I hope someone would do the same thing for me,” he said. “It’s that simple.”