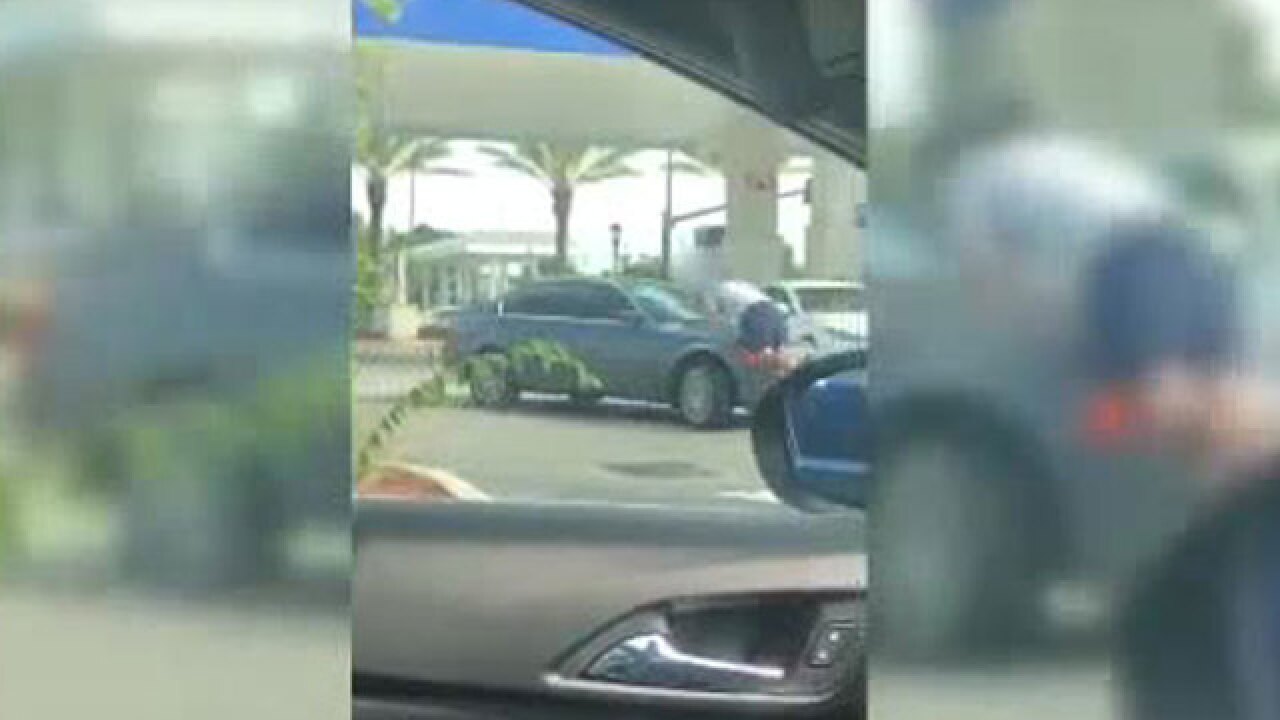 Video show a driver in Ormond Beach, Fla., run over a man's feet and hit another person after it looks like they tried to pull him out of the car.

Those men claim it is a case of road rage and they are the victims, but police aren't buying their story.

"I honestly thought the guy in the BMW was either stealing from the store or stealing the car. I had no idea what was going on," said witness Julianna Ingerto.

Ingerto was also in the gas station parking lot when she heard a commotion and started recording the incident with her cellphone.

She didn't realize that this was the end result of what police call a road-rage incident.

The video shows two men approach the BMW and reach in for the driver.

The BMW driver resists, pulls forward, then backs up, over one of the two men's feet, straightens out and hits the other man -- throwing him over the hood of the car.

The driver of the BMW then keeps going.

Police believe part of the men’s story -- that this all started miles away as a road-rage incident.

But they say based on the video, they believe the two men followed the BMW driver to the gas station and started the altercation that was caught on camera.

They say the two the men who were hit could be charged with burglary and battery, though they have not been charged yet.

WESH-TV reached out to the men, but they did not want to talk on camera. However, the man who went over the hood sustained a swollen arm and twisted wrist.

They said the driver of the BMW cut them off and started throwing things at their vehicle at a separate  location.

They say they just happened to see him again at the gas station and got out to talk to him when the violent confrontation occurred.

Police are trying to identify the driver of the BMW, get his side of the story and see if he wants to press charges. The other two people in the video insist they were victims first of road rage, and then a hit and run.