VIDEO: Florida man runs for his life as neighbor chases him on tractor 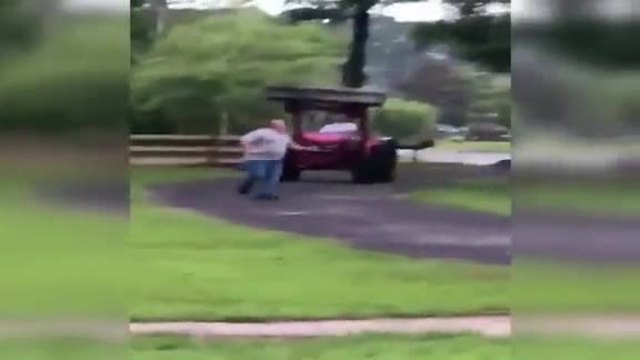 Video was just released of an argument last month between two Florida neighbors regarding a land dispute. 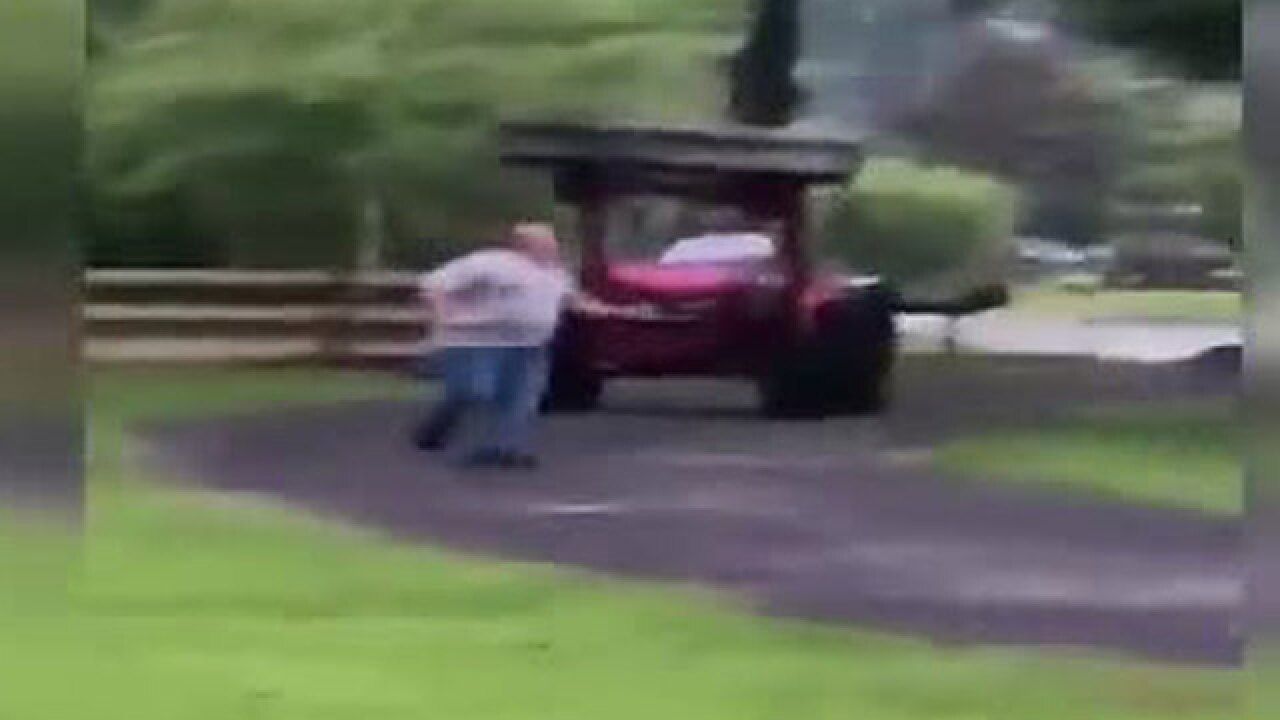 (WJXT/CNN) - Video was just released of an argument last month between two Florida neighbors regarding a land dispute.

The heating argument shows footage of Howell Morris chasing his neighbor, Scott Lynch, with a tractor.

Lynch then runs for his life as Morris chases him down while driving the tractor.

Below is the transcript of the 911 call:

Operator: "And when you say he came after your husband with his tractor, did he chase him down?"

Lynch's wife: "Yeah, he chased him down on his tractor and my husband had to run, yes."

Lynch's wife told police Howell was after her husband because of a property dispute.

Lynch's wife: "Yeah, it’s our property, it's like an easement, he thinks he has right to it, but he's destroying stuff on it and blocking our driveway."

Morris, a 72-year-old veteran, was charged with aggravated assault with a deadly weapon.

He is prohibited from having any further contact with his neighbors.