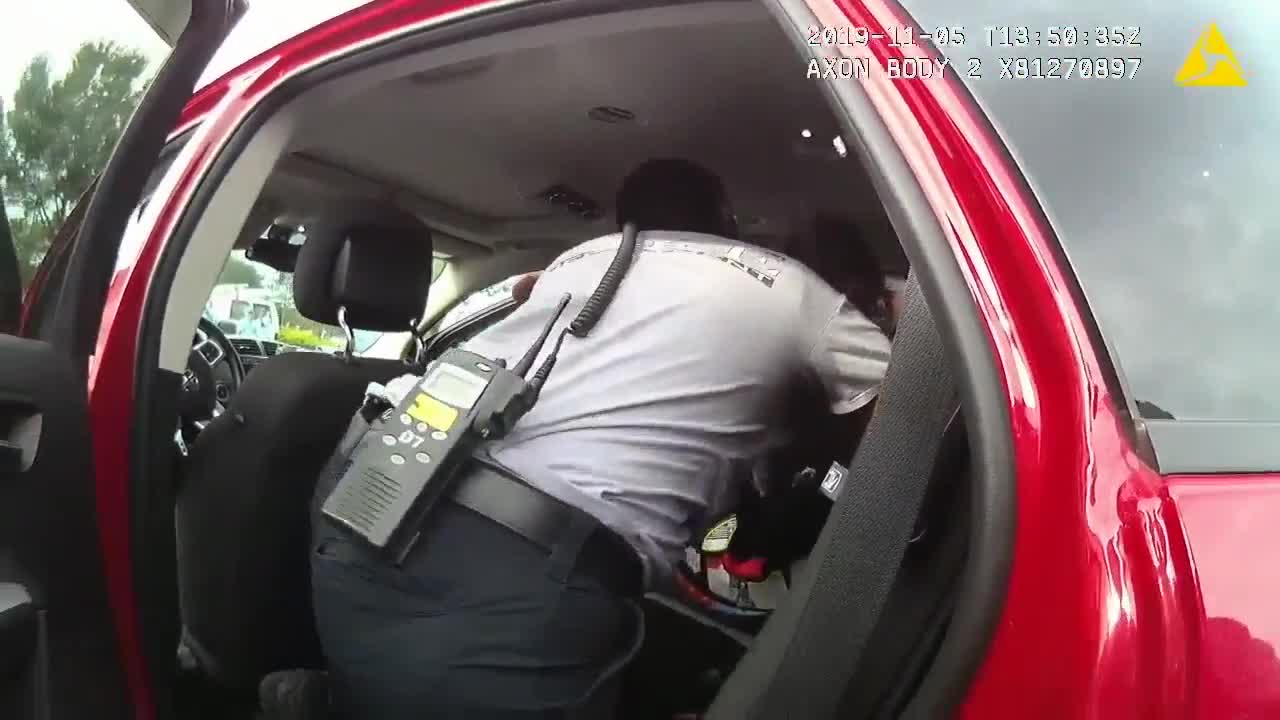 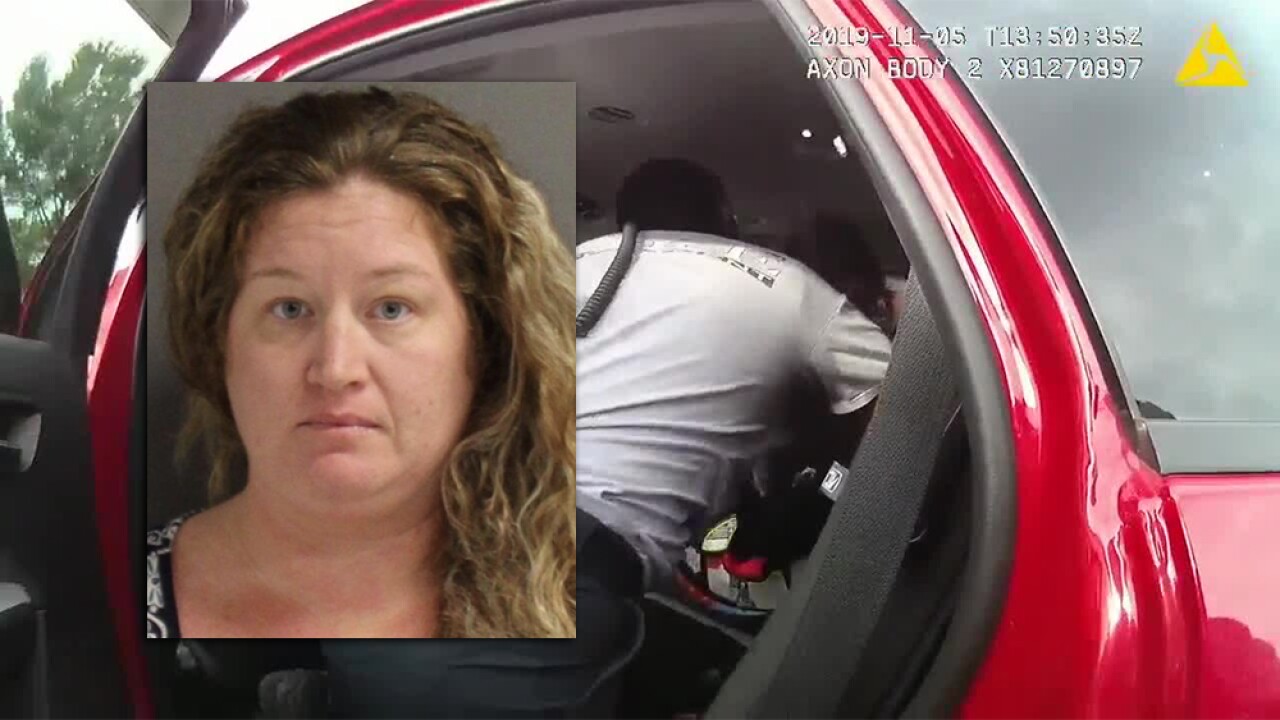 DAYTONA BEACH, Fla. — A Central Florida woman is under arrest for child neglect after police say she left a baby alone in a hot car for at least 20 minutes.

According to Daytona Beach police, a witness spotted the baby strapped into a car seat in a locked SUV outside Twin Lakes Medical Center on Tuesday morning. The vehicle was not running and the windows were up.

The child was "sweating profusely and was practically crying at the top of her lungs," a police report said.

Paramedics responded to the scene and within minutes forced the doors open and rescued the baby.

Police said the child had a soiled diaper and was dehydrated and sweaty, but was otherwise OK.

Shortly after the baby was rescued, the driver of the SUV, 36-year-old Jessica Zaccaro "came running to the vehicle in a panic and out of breath," according to a police report.

Zaccaro said she didn't know the baby was inside the car, claiming "that her husband placed the child into the car and that she was unaware that the child was inside."

Zaccaro was arrested for child neglect. Police haven't said what her relationship to the baby is.

The Department of Children and Families is investigating and has placed the child in the care of family members.