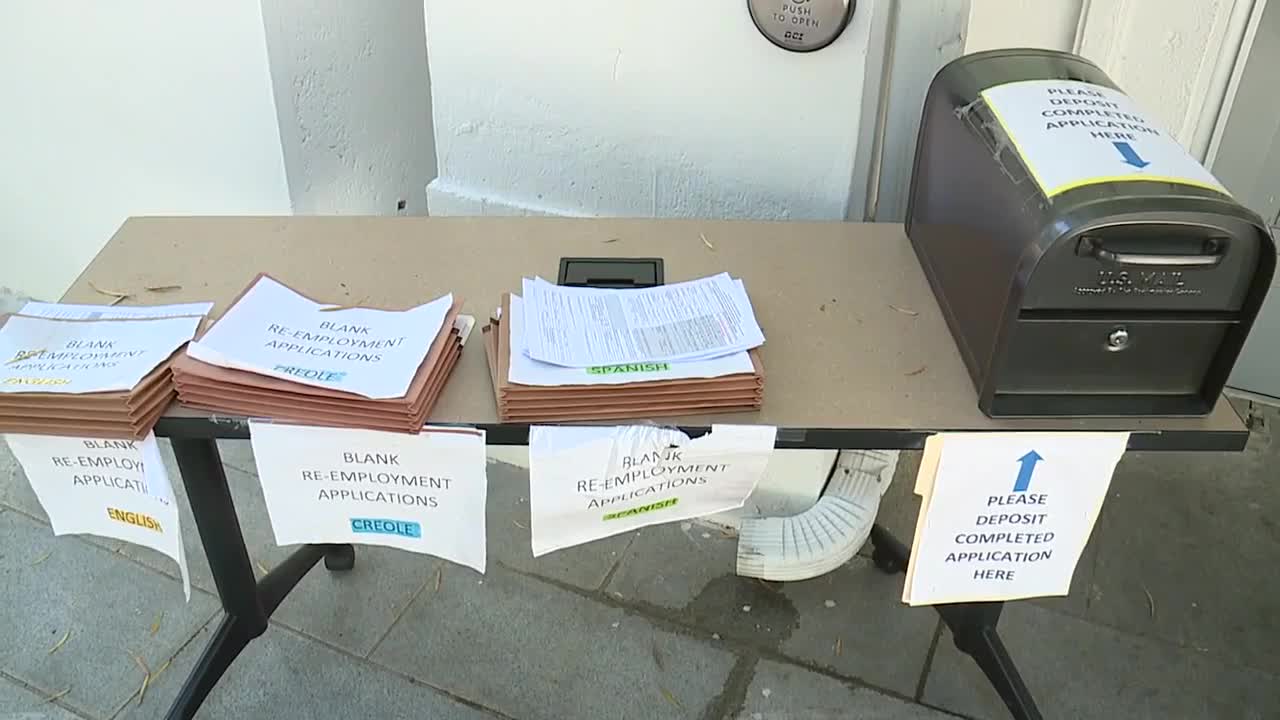 Florida’s unemployment officials have a potential security issue literally on their front doorstep.

For weeks, the Department of Economic Opportunity has been taking paper unemployment applications at their Tallahassee office, but their walk-up lockbox outside the building hasn’t always been locked.

The issue came up last weekend when a West Palm Beach man, Beau Guyott, posted a video of the container on social media while visiting DEO's headquarters.

In the clip, Guyott points out the small aluminum mailbox sitting alone in front of the DEO’s main office isn’t tethered to anything.

“Here’s the lock that is securing the mailbox to the table,” Guyott said in the clip, “which is locked to nothing.”

Inside the box was a pile of applications with names, addresses, driver’s license numbers and more. If stolen, it would be an identity thief’s cornucopia of information.

“You just take this home,” Guyott said moving the lockbox. “Take this on the bus with you right here.”

The unsecured box was a bit alarming for unemployment applicant Sara Kraus, who was at the DEO for an unrelated issue.

“I think that makes us look like Venezuela,” Kraus said. “I lived in Miami 20 years ago, and we called that a banana republic, right?”

We reached out to the department about the concerns.

In a statement, officials said, “DEO is constantly monitoring all application drop off boxes, including emptying them frequently so that staff can begin processing them.”

The department also said it has security guards and surveillance cameras in use. Plus, the boxes aren’t left out overnight.

Shortly after our inquiry, we did note someone from DEO come out and securely lock the application dropbox to the table.