Troopers: 3 die, 3 injured in multi-vehicle crash on the Turnpike south of Orlando 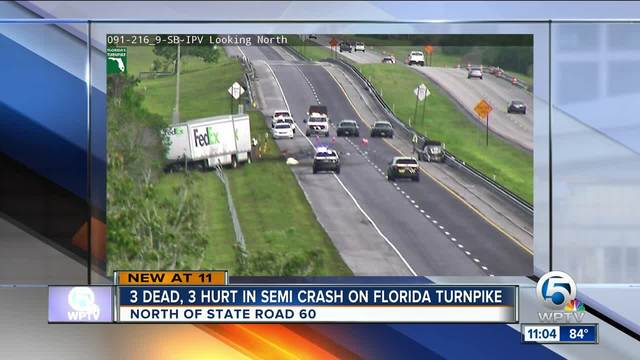 Troopers say three people died and three others were injured in a multi-vehicle crash on Florida's Turnpike. 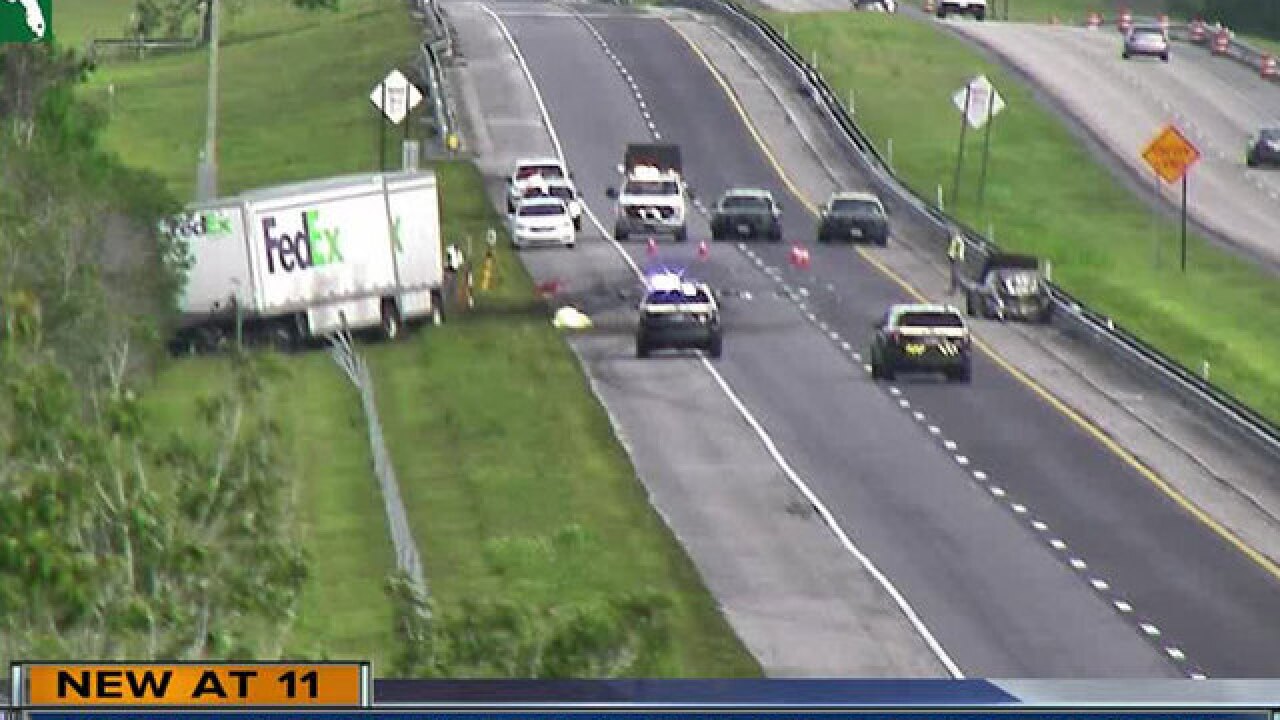 ORLANDO, Fla. (AP) — Troopers say three people died and three others were injured in a multi-vehicle crash on Florida's Turnpike.

Montes says a car had a flat tire but continued traveling on the highway at a very low speed. A sports utility vehicle was directly behind that car, also at a low speed. A Fed-Ex tractor-trailer approached at a normal speed struck SUV. The truck jackknifed and the SUV hit the car.

Southbound traffic on the turnpike has been blocked for hours.