A 69-year-old man is thankful after he was reunited with his beloved pug "Guido" after he was stolen, along with his car from a Tampa shopping center more than a month ago. 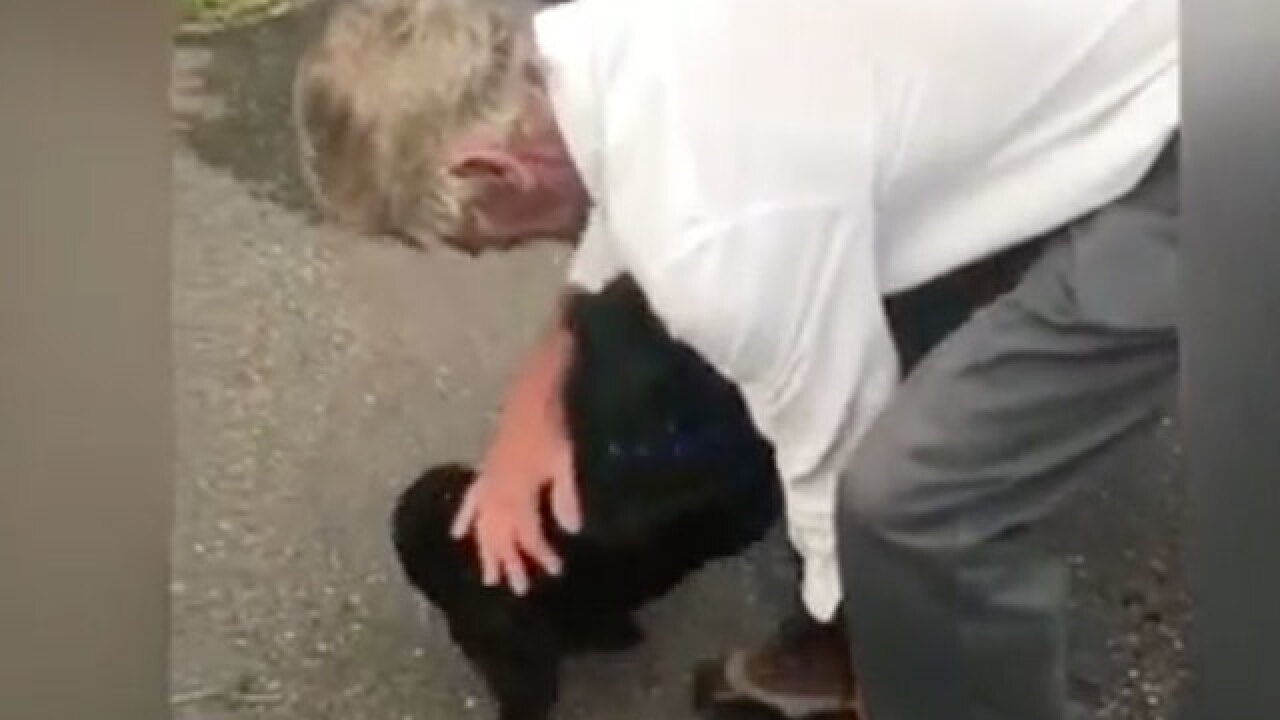 TAMPA, Fla. (AP) — A pug named Guido is back at home more than a month after his owner's car was stolen with the dog inside.

The reunion happened thanks to an anonymous tip called into Florida's Hillsborough County Sheriff's Office.

Spokesman Danny Alvarez said in a news release that Donald Murray's car was stolen on May 29, with no sign of Guido.

Murray's car was found abandoned behind a grocery store and an employee at a dry-cleaning business found Guido wandering around. Another employee, Karlene Rowell, took Guido home and cared for him.

When a tip came in, investigators took Murray to Rowell's house on Tuesday night. He confirmed the dog was Guido. Alvarez said Rowell and her family were sad to say goodbye, but happy Guido was reunited with Murray.

GRAB THE TISSUES! Guido the Pug is home! After being stolen in his owners car last month we found him! “I love you so much,” said owner Donald Murray to Karlene Rowell, the woman who cared for Guido when he was ditched by the car thief! She was happy to reunite the pair!! #happypic.twitter.com/4Bza4jEke0