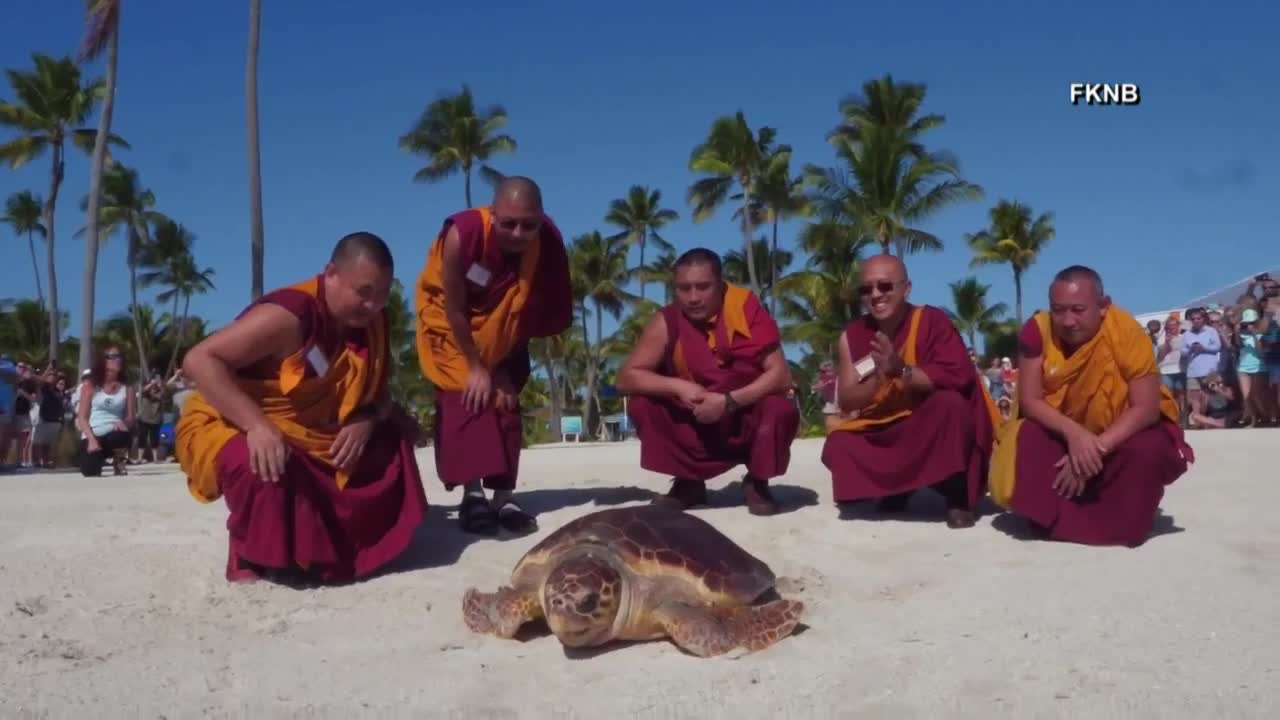 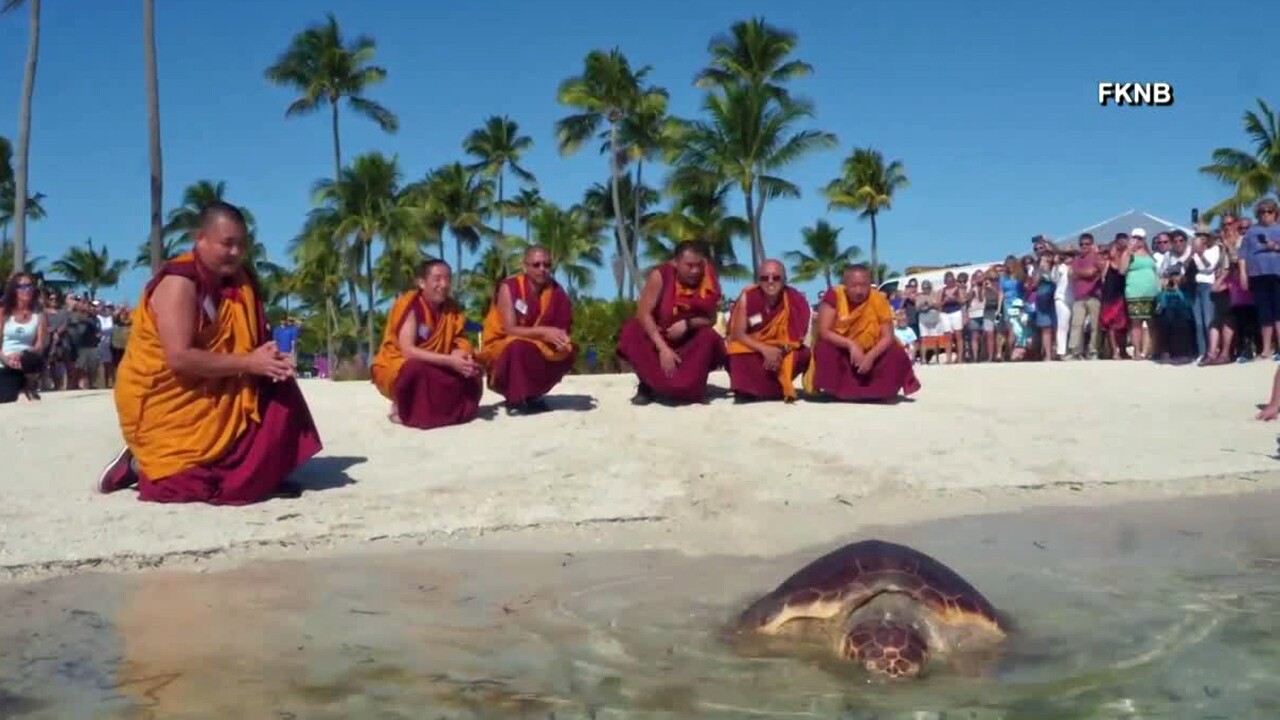 She was rehabilitated at the Keys-based Turtle Hospital after being found floating offshore of the Lower Keys last November.

The monks, from the Drepung Gomang Monastery in India, have been visiting the Keys for the last week.

“Drifter” was released into the Atlantic Ocean off an Islamorada resort after an hour-long ceremony performed by the monks, each an ordained student of the Dalai Lama.

Ritual chants aspired that the turtle and other animals enjoy long lives.