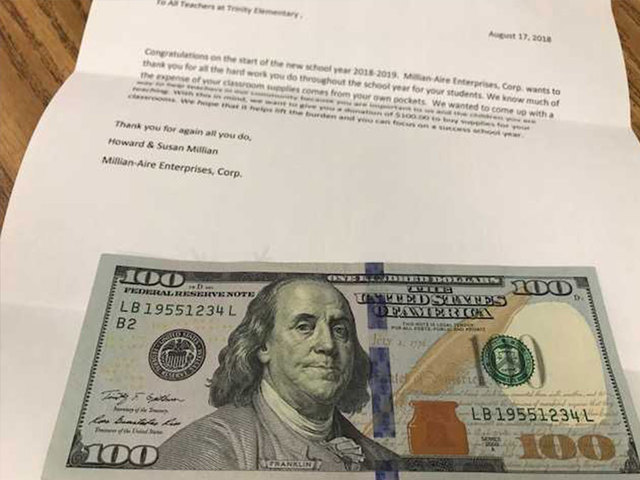 Nearly 60 teachers at two schools in Pasco County, Florida, received a white envelope with a $100 inside. 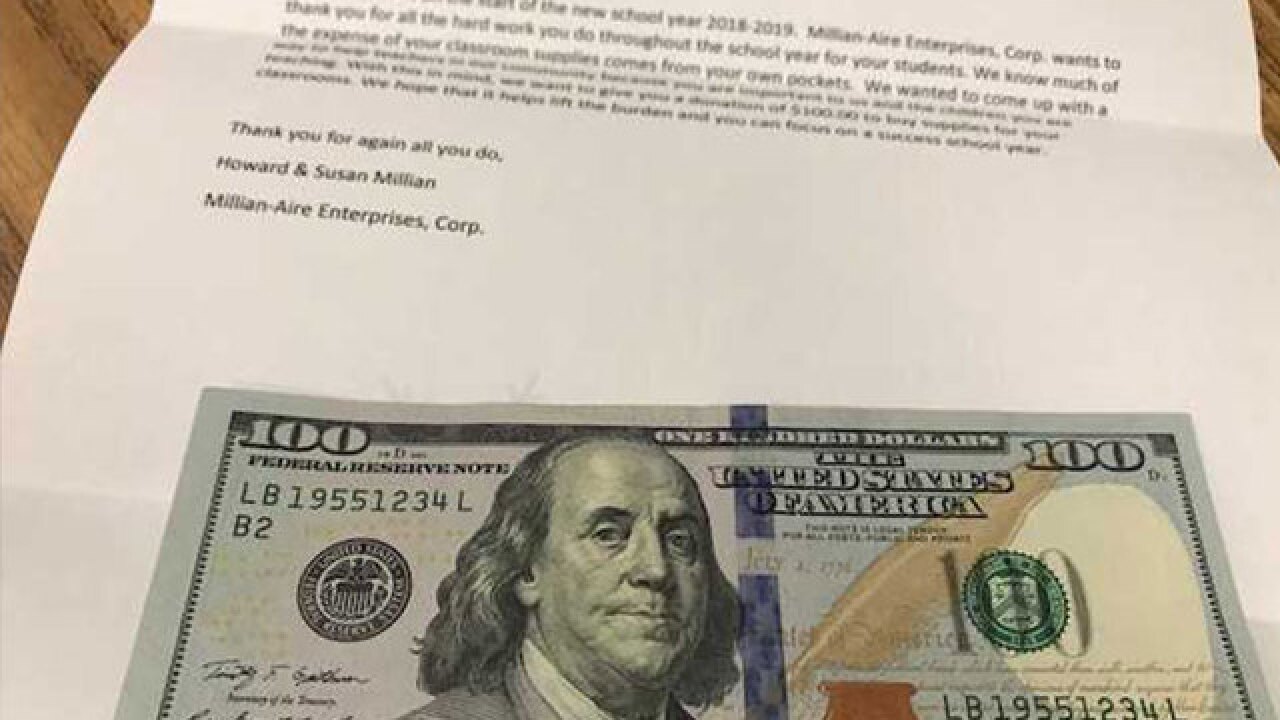 NEW PORT RICHEY, Fla. — Nearly 60 teachers at two schools in Pasco County, Florida, received a white envelope with a $100 inside.

"I was just in awe. I had goosebumps. I thought it was a joke," said Jen Cassio-Ford, a third grade teacher.

Teachers at St. Thomas Aquinas Early Childhood Center and Trinity Elementary school received an envelope with a $100 in cash and a thank you note.

Millian-Aire Enterprises was behind the generous gift to teachers.

"We wrote up a note just to let them know we know how difficult it is at the beginning of the year, getting supplies for their students. We know they put a lot of their own money into it so we just wanted to help lift that burden a little bit," said Michael Stein, Director of Marketing at Millian-Aire Enterprises.

The note asked teachers to use the money in their classrooms.

"It is just really nice to think that a company just treated education so highly," said Carol Kelly, a teacher at Trinity Elementary School.

The company said they chose those two schools because the company's owners have a son and grandson who attended those schools.

"Teachers are some of the most caring people in the world," said Stein.

Kelly said she saved some of her money, but used some of it to buy a cart for her kindergarten classroom.

"At first, maybe it was some sort of coupon. We definitely thought there was something inside, but didn’t imagine it was $100 cash that we could spend toward the classroom," said Kelly.

Teachers said they're thankful to receive a generous, unexpected gift.

"For someone to care that much about giving back to our kids and to these teachers and really honor what they do every day is amazing," said Alicia Mumma, Director at St. Thomas Aquinas Early Childhood Center.