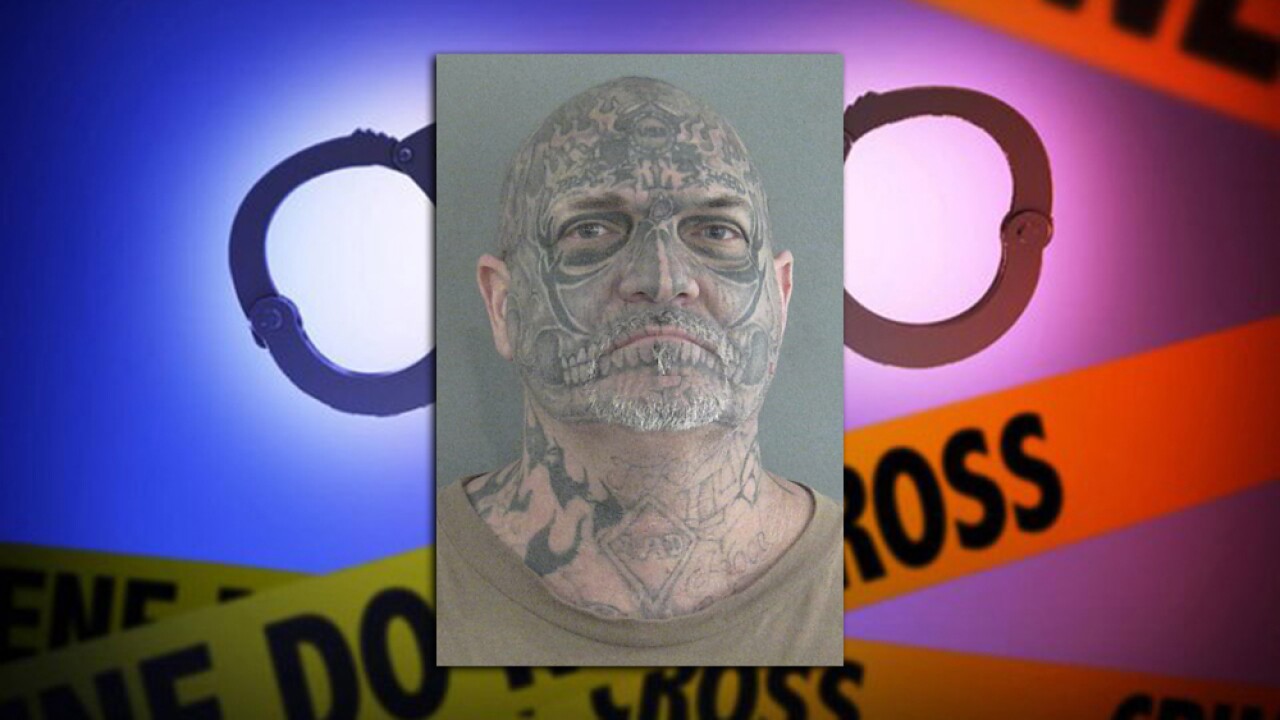 NEW PORT RICHIE, Fla. — A Florida man whose face is covered entirely in tattoos is under arrest for a 2001 cold case murder.

Police said Petersilge was named as a possible suspect early on in the investigation, but was never arrested.

On Jan. 11, 2018, a grand jury indicted Petersilge for first-degree murder.

Petersilge was in federal prison for a separate crime at the time of his indictment, and was eventually arrested for Clark's murder when he was released from prison on April 5.

He'll eventually be extradited to the Pasco County Jail.