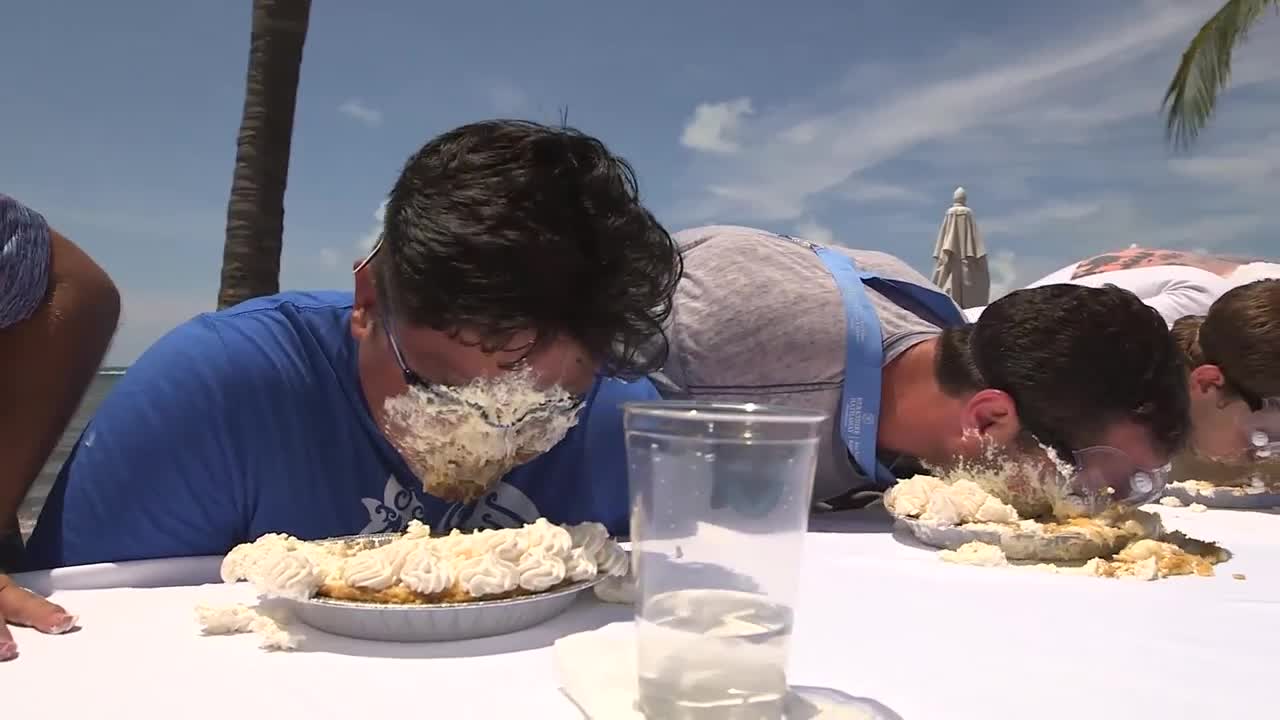 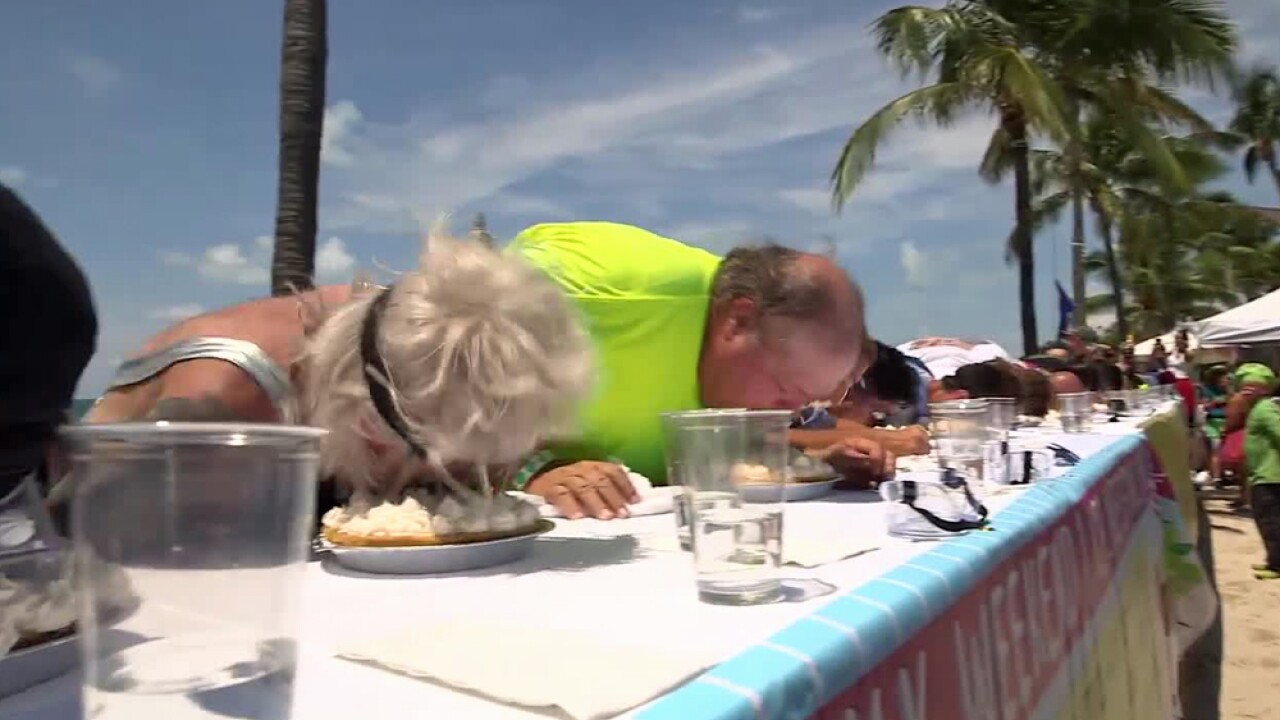 David Johnson plunged face-first into a 9-inch pie smothered with whipped cream during Thursday's challenge. The rules forbid contestants from using their hands.

He consumed it in 58.2 seconds, besting 24 rivals in the kickoff of the annual Key Lime Festival.

Key lime pie was designated Florida's official pie in 2006 by the state legislature. Ingredients are condensed milk, egg yolks and the juice of tiny yellow Key limes, typically with a graham cracker crust and whipped cream or meringue topping.

The festival ends Sunday after events including tasting strolls and an offbeat Key Lime Pie Drop.