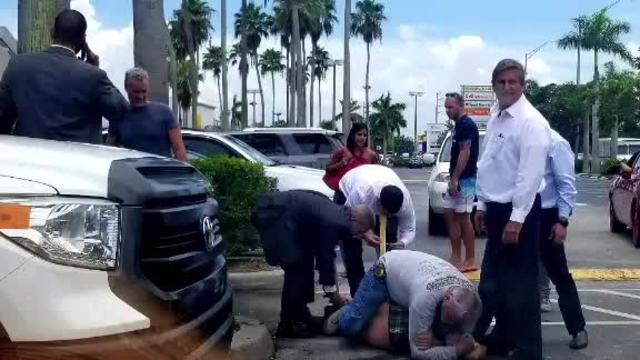 Suspected robber chased down and captured by good Samaritans in Florida. 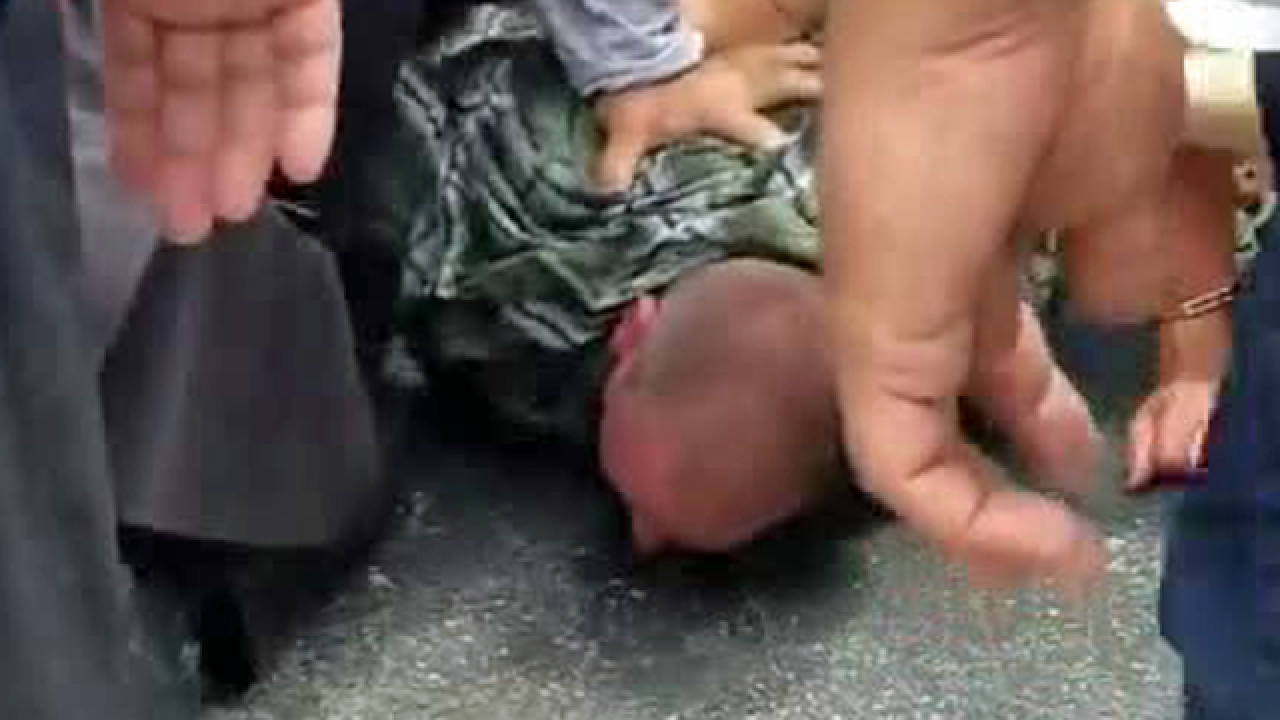 MIAMI-DADE COUNTY, Fla.-- Video shows a man pinned down in Pinecrest Plaza, accused of making an unauthorized withdrawal at the local Wells Fargo.

That's how it all ended. But here is how it began Monday afternoon.

At 1:30, surveillance video shows Delisa Urbaneja attempting to make a deposit when some guy saddles up next to her. "I saw the white subject getting close to me. I thought he had left something where I was," she said in Spanish.

Moments later he makes his move."That's when he grabs my money that I was going to give the bank employee. My reaction was to run after him," Urbaneja said.

Bank employees take off running too, and the man, holding a wad of cash, heads for the highway.

One man was on his tail along South Dixie Highway.

"He's screaming something, and I'm reading his lips, and he says 'stop him,' " said Henry Maranello.

That's when the 61-year-old good Samaritan made his move. "I instinctively put the car in park, jumped out of the car and started chasing the guy, and I chase him all the way down to the point where I actually grab him."

And with the help of another good Samaritan, he holds him there until police arrive.

40-year-old Brian Kleb was arrested and charged with robbery by sudden snatching.

This is not his run-in with the law. He was already on probation for armed robbery and burglary.

Police say the stolen $1,500 was returned to the victim.