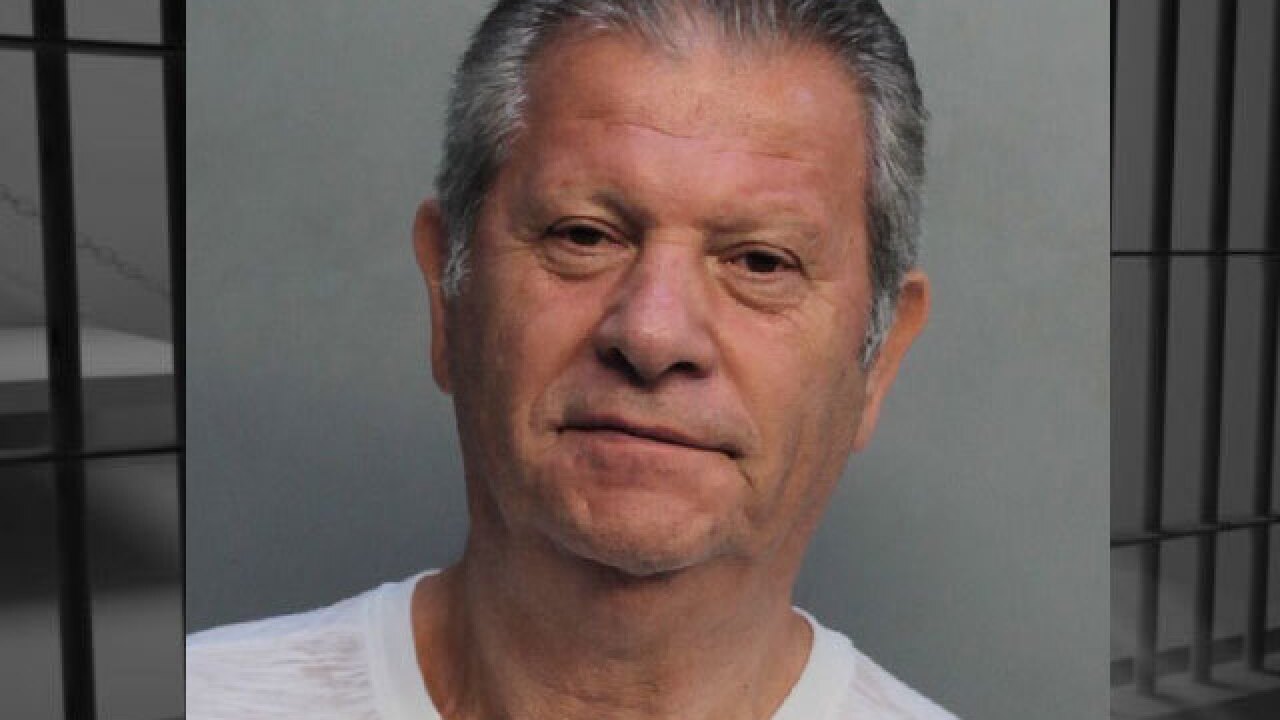 CHICAGO (AP) — A 67-year-old Florida man has been arrested in the theft of $170,000 worth of diamonds from a Chicago jewelry store.

Chicago police say Tamaz Hubel of Sunny Isles Beach, Florida, was taken into custody Sunday while trying to board a plane to France from Miami-Dade International Airport. Police say he's being held in Florida pending his extradition to Illinois.

Authorities say the theft occurred June 6 at a store in downtown Chicago's "Jeweler's Row." They say Hubel was able to "conceal and remove" two diamonds.

Chicago detectives identified Hubel and began tracking him. Police say he was arrested with help from the Miami-Dade Police, the Department of Homeland Security and Customs and Border Protection.

The Associated Press has not identified a lawyer who can comment on Hubel's behalf.

This story has been corrected to show Hubel's hometown is Sunny Isles Beach, not Sunny Island.