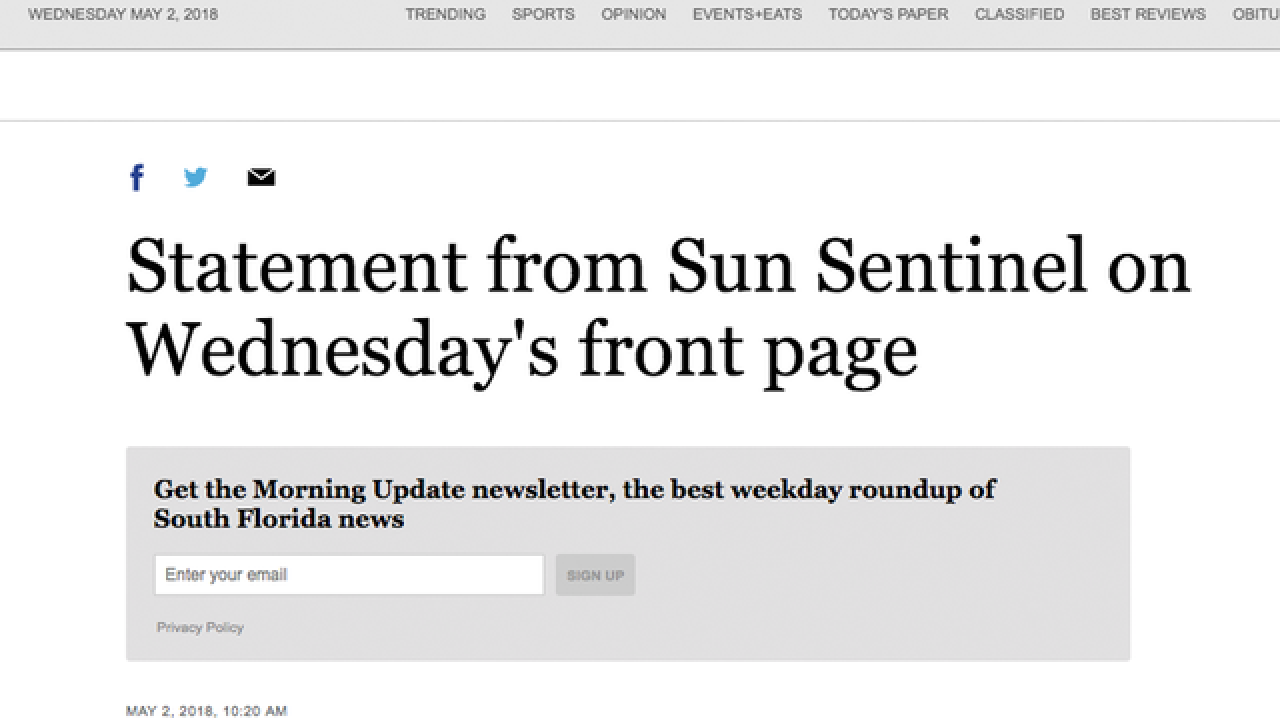 FORT LAUDERDALE, Fla. (AP) — A Florida newspaper apologized after running a gun show advertisement on its front page near two stories and a photo about local mass shootings.

South Florida Sun Sentinel Publisher Nancy Meyer issued a  statement  saying the placement violated the Fort Lauderdale paper's policy banning gun and other controversial ads from the front page. She said, "the juxtaposition of certain ads and news stories can appear extremely insensitive, and we failed to prevent such a juxtaposition today."

The lead photo shows high school students mourning at the gravestone dedication for one of February's 17 victims of the Marjory Stoneman Douglas High massacre. Another story covered fundraising efforts for the school.