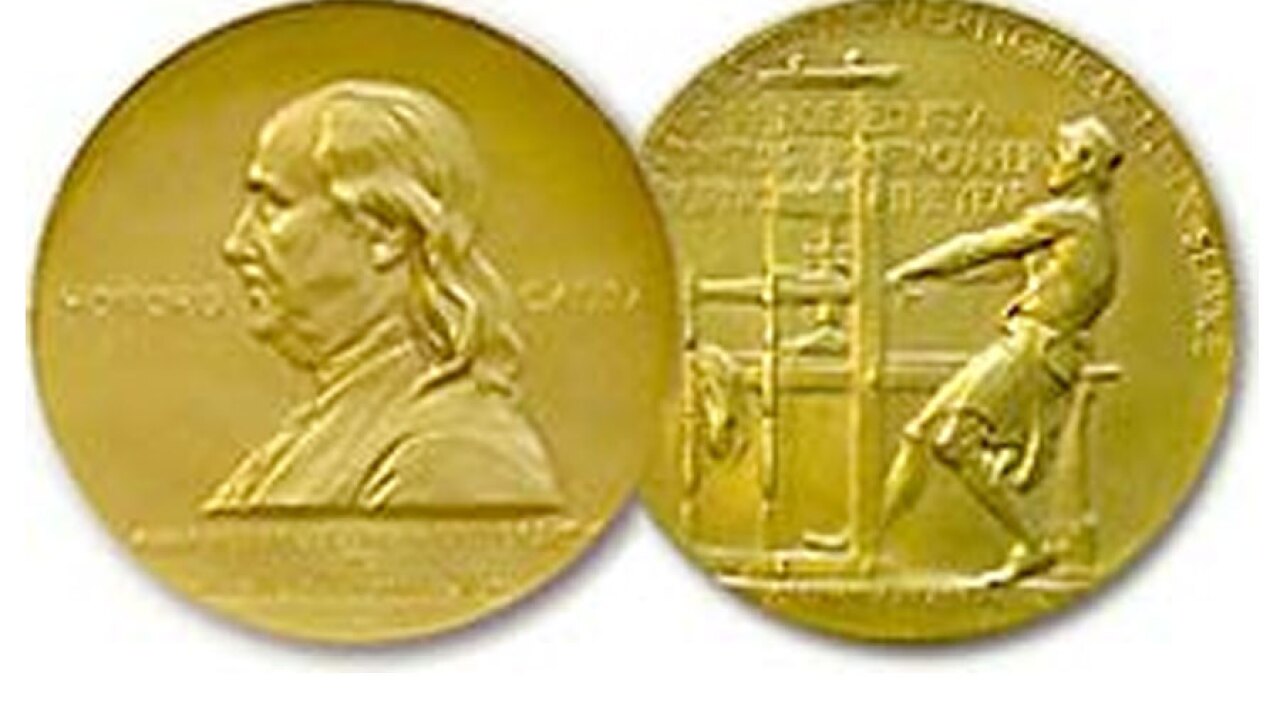 NEW YORK (AP) — The South Florida Sun Sentinel won the Pulitzer Prize for public service Monday for its coverage of the school massacre that killed 17 people in Parkland, Florida, and the shortcomings in school discipline and security that contributed to the carnage.

Feeling overwhelmed & grateful. But also sad that we won the greatest journalism award — the Pulitzer — because of a tragedy that never should happened.

The Associated Press won in the international reporting category for documenting the humanitarian horrors of Yemen's civil war, while The New York Times and The Wall Street Journal received prizes for delving into President Donald Trump's finances and breaking open the hush-money scandals involving the then-candidate and two women who said they had affairs with him.

The Capital Gazette was given a special citation for its coverage and courage in the face of a massacre in its own newsroom in Annapolis, Maryland. The newspaper published on schedule the day after the shooting claimed five staffers' lives. It was one of the deadliest attacks on journalists in U.S. history. The man charged in the attack had a longstanding grudge against the paper.

Reuters won an international reporting award for work that cost two of its staffers their liberty: shedding light on a brutal crackdown on Rohingya Muslims by security forces in Buddhist-majority Myanmar.

Reporters Wa Lone and Kyaw Soe Oo are serving a seven-year sentence after being convicted of violating the country's Official Secrets Act. Their supporters say the two were framed in retaliation for their reporting.

The AP's international reporting prize went to a team of journalists who spent a year documenting atrocities and suffering in Yemen, illuminating the human toll of its four-year-old civil war.

As a result of the work by reporter Maggie Michael, photographer Nariman El-Mofty and video journalist Maad al-Zikry, at least 80 prisoners were released from secret detention sites, and the United Nations rushed food and medicine to areas where the AP revealed that people were starving while corrupt officials diverted international food aid.

In the U.S., journalists have been contending with attacks on the media's integrity from the president on down. Trump has branded coverage of his administration "fake news" and assailed the media as the "enemy of the people."

Monday's wins by the Times and The Wall Street Journal may provoke further ire from the president, who recently suggested the Times and The Washington Post should be stripped of the Pulitzers they won last year for coverage of Russian meddling in the 2016 U.S. presidential election.

This year, the Times was recognized for laying out how a president who has portrayed himself as a largely self-made man has, in fact, received over $400 million in family money and helped his family avoid hundreds of millions of dollars in taxes.

Trump, who has broken with presidential precedent by refusing to release his income tax returns, has called the Times expose a false "hit piece."

Trump eventually acknowledged he repaid Cohen. Federal prosecutors have said Trump directed Cohen to make the payments to quash a potential campaign-season sex scandal. Trump has said the payments were a private matter unrelated to his presidential bid.

Earlier, the Journal disclosed that the National Enquirer's parent company reached a $150,000 deal to pay former Playboy model Karen McDougal for her story of an affair with Trump. Trump has denied having affairs with either woman.

The prizes were established by newspaper publisher Joseph Pulitzer. The first journalism prizes were awarded in 1917. Winners of the public service award receive a gold medal. The other awards carry a prize of $15,000 each.