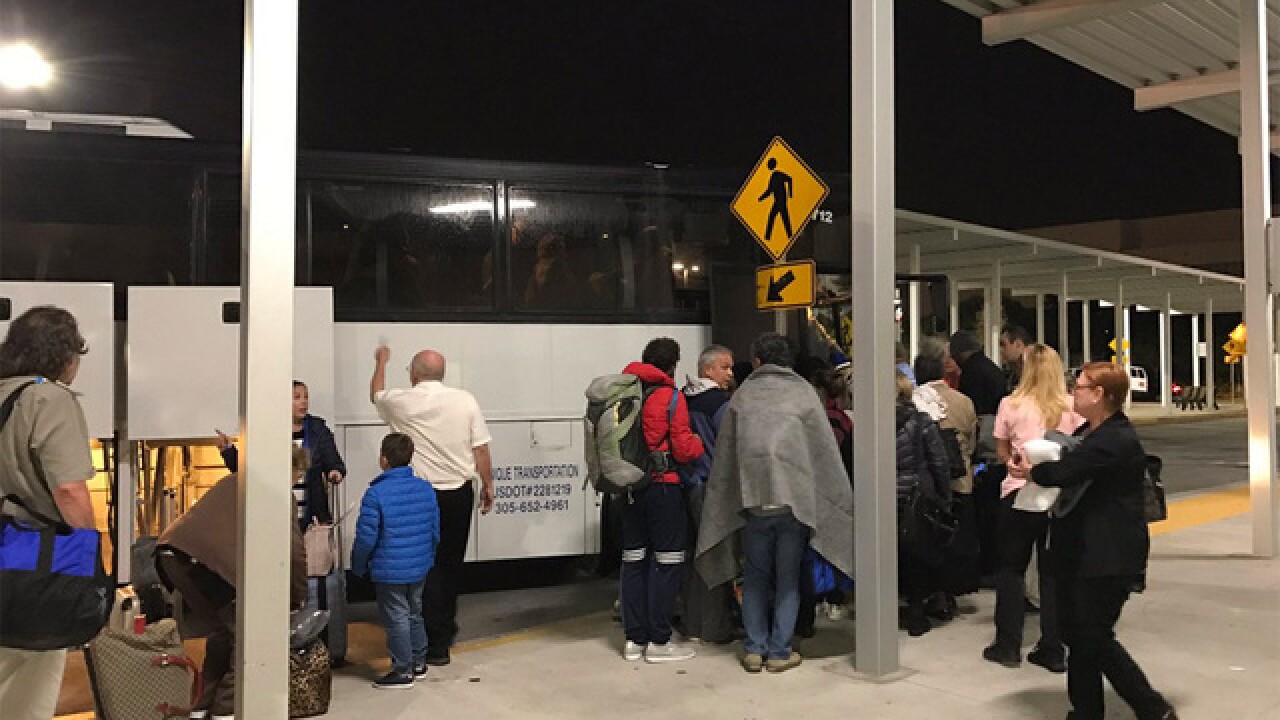 "It's been traumatizing, it's been rough," said Kirshaun Francis, from the Bahamas. "Long, tiring, I'm just exhausted ready to go back to campus."

His friend, Gilbert Robinson, added, "I just want to go back to school," he siad. "Right now, it's been tiresome."

According to the Red Cross, about 100 people remain stranded. They are mostly Air Canada passengers, and some Delta fliers, whose flights have been canceled until Terminal 2 reopens.

"I'm still waiting for Air Canada to step up and tell us where we're going to be and who's going to look after us," said Kathy Myers, whose trying to get home to Ontario, Canada.

It’s been a long day for people at the port. They’re frustrated and tired and trying to mobilize to make it to their destinations.

The Red Cross is deciding whether to reopen the shelter for another night for stranded passengers.