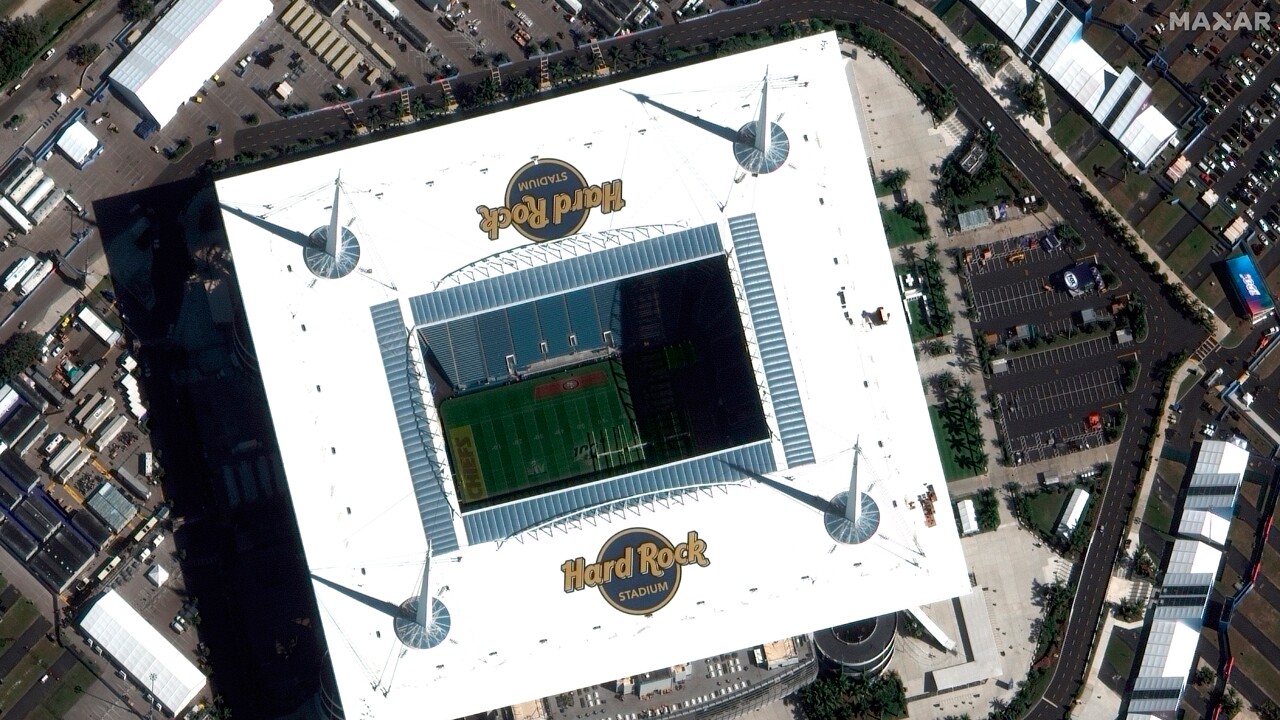 (Copyright 2020 The Associated Press. All rights reserved. This material may not be published, broadcast, rewritten or redistributed.)
Satellite image ©2020 Maxar Technologies via AP
This satellite image taken Jan. 26, 2020, and provided by Maxar Technologies shows Hard Rock Stadium in Miami Gardens, Fla. The San Francisco 49ers are scheduled to face the Kansas City Chiefs in the NFL Super Bowl 54 football game on Sunday at the stadium.

MIAMI GARDENS, Fla. (AP) - The football players from Marjory Stoneman Douglas High in Parkland, Florida, got to play starring roles in the dress rehearsal for the Super Bowl at Hard Rock Stadium.

Stoneman Douglas is the school where 17 people were killed by a gunman on Feb. 14, 2018. The players took the field to run plays so Fox television crews could check camera angles, and even filled in during a dry run of the coin toss.

Some also got the chance to meet anthem singer Demi Lovato.